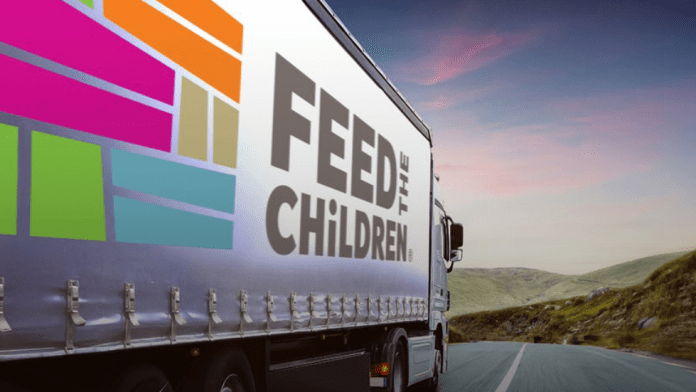 On January 21, 2016, Feed the Children, an Oklahoma City-based charitable organization with global reach, today announced that J.C. Watts has been appointed the new president and CEO by its board of directors, and he will begin his duties Feb. 1. Watts will broaden existing programs and develop key initiatives and partnerships.

The board of directors found Watts to be the best candidate with his unique background and overarching knowledge in both politics and business. His experience serving others domestically and abroad, defending human rights, and combating global poverty position him as the perfect leader for Feed the Children.

“Our vision is to create a world where no child goes to bed hungry, and the board trusts that J.C. will help us fulfill this goal,” said Rick England, Feed the Children board chairman. “With J.C.’s diverse skill set, solid leadership and unwavering compassion, our organization will continue moving forward in our national and international efforts.”

“I am delighted and honored to join Feed the Children,” said Watts. “We will fight to eliminate hunger and provide resources to make it possible for people to climb out of poverty and become capable of supporting themselves.”

Through Watts’ travels to impoverished countries, he has seen poverty first hand and feels a calling to help those in need. He believes in rebuilding individuals and providing them the tools needed for long-term success, rather than a short-term handout, when possible.

Prior to his role as Oklahoma congressman, where his peers elected him chairman of the Republican Conference, Watts was Oklahoma Corporation Commission chairman and a youth minister. Watts will maintain his role as chairman of Watts Partners, and management of his other businesses.

Highlights of Feed the Children’s work in 2014, include the distribution of $266 million in food, essentials, educational supplies, and medicine, impacting close to 9 million individuals in the nation. Feed the Children is an advocate of education in impoverished communities and provides support through its U.S. programs and Teacher Stores. Feed the Children provided more than $5 million worth of school supplies and gave close to 65,000 backpacks and more than 575,000 books to children in 2014.

Internationally, the organization distributed more than $78 million in food, essentials, educational supplies, and medicine to children worldwide. Feed the Children sponsored more than 11,500 children, addressing the root causes of poverty through child sponsorship, school sponsorship, and other community-based program and project activities.

With a diverse portfolio ranging from athletics to ministry, to business and non-profit, J.C. Watts has guided many teams to victory.

Watts’ political background started at the Oklahoma Corporation Commission where he learned invaluable skills as a leader. Watts was elected as Oklahoma Congressman in 1994. He was chosen by his peers to serve as chairman of the Republican Conference, the fourth-ranking leadership position in the majority party in the U.S. House of Representatives, in 1998. He co-authored President Clinton’s American Community Renewal and New Markets Act and authored President Bush’s faith-based initiative, the Community Solutions Act of 2001. Watts served eight years in congress, before moving on to other business opportunities.

Watts has extensive experience in helping others nationally and internationally. He created the J.C. and Frankie Watts Foundation to support the advancement of vulnerable Americans in the areas of education, economics and health. He led two congressional trade missions to Africa. He co-founded and co-chaired the Coalition for AIDS Relief in Africa and served on the board of the Corporate Council on Africa. He has also served on the boards of the Boy Scouts of America and the U.S. Military Academy at West Point.

Watts’ wide-ranging business experience began at the close of his athletic career. Since, he has built a diverse business portfolio that includes the first African-American owned John Deere dealerships in America. In 2003, Watts started Watts Partners, a government affairs consulting firm where he provides strategic focus and program leadership to the firm’s business engagements, alliances and initiatives. Watts currently serves on the company board of Dillard’s Department Stores.

Watts was born on November 18, 1957, in Eufaula, Oklahoma. He graduated from Eufaula High School in 1976 and attended the University of Oklahoma until his graduation in 1981 with a B.A. in journalism. While at the University of Oklahoma, he was quarterback for the Sooners. From 1981 to 1986, he started for Ottawa and Toronto in the Canadian Football League. After completing his football career, Watts returned to Oklahoma to become youth minister at Sunnylane Baptist Church in Del City.

Watts divides his time between Oklahoma and Washington D.C. with his wife, Frankie. He also is a loving father to six grown children.

About Feed the Children