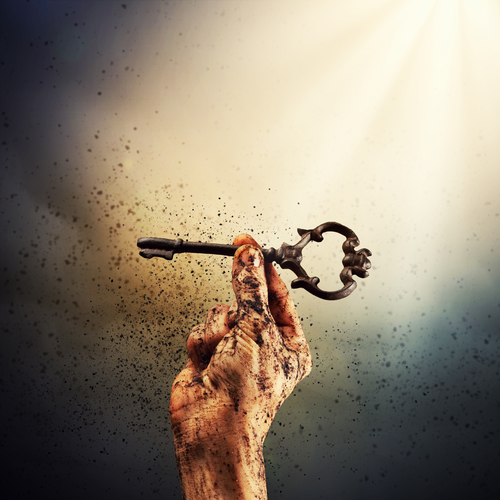 But when they continued asking him, he lifted up himself, and said unto them, He that is without sin among you, let him first cast a stone at her.  —John 8:7

The recent revelations regarding Reverend Ted Haggard’s alleged involvement with drugs and homosexual sex are big news right now, and understandably so. Certainly, a religious leader in a highly influential position such as Haggard’s at the New Life Church of Colorado Springs – not to mention the National Association of Evangelicals – should be held to a high public standard (although God only knows exactly what that has come to mean in this day and time). I am honestly not all that well-informed about the story, and not so sure the lurid details are something I want to know. Still, the ranting of the media is difficult to ignore.

Certainly, a religious leader in a highly influential position such as Haggard’s at the New Life Church of Colorado Springs – not to mention the National Association of Evangelicals – should be held to a high public standard (although God only knows exactly what that has come to mean in this day and time). I am honestly not all that well-informed about the story, and not so sure the lurid details are something I want to know. Still, the ranting of the media is difficult to ignore.

All the pompous posturing is expected from critics of our faith, those who grab every opportunity to point out hypocrisy among high-profile Christian leaders. But the truth is, we Christians can be a bit eager to cast the first stone, too. It wouldn’t take much at all, for instance, for me to jump on what appears to be a slash-and-bash bandwagon intent on not only destroying Haggard’s reputation but also rubbing as much salt into the humiliation-wound as possible. When someone else is exposed as the same kind of broken human being I know myself to be — especially someone of high “moral” profile — it’s tempting to redirect my own shame and fear onto the latest wounded whipping boy. It can make me feel better, in a warped sort of way.

I do not judge Haggard. I don’t know his heart, or if he’s truly repentant. Clearly, though, he is suffering, and while church leadership circles the wagons for damage control, I can’t help but pray that someone is being Christ to Ted and his family.

The Illusion of “Normal”
Although I can’t diagnose whether or not Haggard is, like me, an addict, his behavior has all the earmarks of at the very least compulsive behavior. Why else would anyone in a position of religious authority behave in such an abhorrent and dangerous way, risking so much?  Strong spiritual leaders in our country, like Haggard’s friend James Dobson, have been crushed by this latest installment of Indecent Exposure, and seem genuinely baffled that someone they loved and trusted could have fallen so far. This just can’t be… normal.

As a Christian counselor, I deal daily with those seeking some sort of grace in their lives, something to ease the pain of their existence, their loneliness, their brokenness. Often the person on my couch has tried it all — drugs or Satanism or sex or gambling or God-knows-what. He’s tried rock-n-roll and holy rollin’. He’s been knee-deep in squalor or up to his ears in splendor, drunk on fire water and dunked in holy water. He’s a convict or a convicted, born again preacher. He’s had a gun held to his head in a crack house and been prayed over at a tent revival, and sometimes he wears the fancy suit and does the praying over someone else. And now, staring across the room at me with eyes empty and barely hopeful, this person tells me that never, never in his whole life has he felt “normal.”

But addicts are only exaggerated examples of the human condition. Some of us get pretty ragged-looking along the road to madness, but some of us look just fine. Better than fine. We’re great actors, and expert manipulators. We’re naturally charismatic leaders, some born to make great gobs of money as top guns in churches that can boast more members than my home town has citizens. But hobo or hero, underneath the skin there is little difference. It’s the desire to fill the hole in our soul that brings us to salvation, or death.

Superstars of any kind live a life of illusion, and, like alcoholics, have great difficulty (even when sober) differentiating fantasy from reality. It’s difficult for most of us to imagine how easily a rich, influential religious leader might fall prey to intoxicating grandiosity. And it’s reasonable to believe that such people would in their delusion be easy targets for an enemy who’s an even slicker snake-oil salesman than they are.

Hunger and Thirst
I don’t know Ted Haggard from Adam. But perhaps like Adam — like all of us — Ted has carried with him all his life a wounded heart. Perhaps for decades he rationalized it and minimized it, intellectualized it, and most of all spiritualized it. Maybe he medicated it with work and success and pride and prestige, stuffed it and ignored it and pretended it wasn’t even there. And, for a long time, that had been enough. But the trophies weren’t real. They had never deserved his faith. And then, stronger dope was needed, maybe drugs, sex. But over time they had also proven useless against the fear, and the internal wailing soul-sounds of Christ-Love gone terribly bad.

Hunger, thirst, suffering… our insatiable appetites of the flesh and compromises of the heart. When all is said and done, it matters little which medications we use, because none of them will work very well for very long. Each of us will learn this sooner or later, miraculously or tragically: When we are engaged in worshiping our wants, it is impossible for God to meet our needs.

Scripture is full of people struggling with their vexing humanity, so much so that at times this whole God/people thing looks downright hopeless. Still, God seems to love us “abnormals.” He called on the most misshapen of men and women to help shape humanity — Noah the drunkard, Jacob the liar, Samson the sex addict, Rahab the prostitute… on goes the list. Jesus knew ahead of time that His beloved yet all-too-human Peter would succumb to fear and lies. And though He did not condone the continuation of their sin, Jesus continually emphasized His preference for those willing to admit their imperfections.

David, for instance, was deeply loved by God, despite his obsessive-compulsive forays into fear and shame and loneliness — his manic grandiosity, the dark depression of self-loathing. David, emptying his helpless passion out unto a broken world until all that was left, finally, was a willingness to cry out.

Paul admitted that even Sainthood can often be only skin-deep: “For that which I am doing, I do not understand,” he confessed in his letter to the Romans. “For the good that I wish, I do not do; but I practice the very evil that I do not wish.” Sounds to me like someone struggling with being human. And what it says about us as human beings, I think, is that we will by our very nature and for as long as we occupy these bodies have to deal with our addictions, even after the blinding, cleansing light of our own Damascus road.

“Wretched man that I am!”  Paul wailed, surrendering to his powerlessness. “Who shall deliver me out of the body of this death?”

And then. More forceful than the fear, stronger than the shame. A lament that through the power of something as unfathomable as a rugged wooden cross becomes a song of praise.

“I thank God through Jesus Christ our Lord!”

Desperate Love
I wonder if any of us, really, can deny for long our failure of faith. Like all believers — Paul, Peter, David, Ted, you, me — each of us who choose this painful pursuit of peace will no doubt find ourselves wrapped in a wrestling match with God, destined to walk with a limp. The biblical admonition to “Be perfect as Christ is perfect” is frequently misinterpreted. When considered in context as part of the larger sermon, these words are not a call to perfection. Jesus was in His sermon calling us to imitate God’s compassion, His very Spirit.   He calls us to join our hearts in song… a soul-song, faint yet familiar, leading us toward an open door and a warm hearth and healing embrace… being Christ to each other.

As reported by the Associated Press, Haggard faced tearful followers. “The fact is I am guilty of sexual immorality,” he said. “And I take responsibility for the entire problem. I am a deceiver and a liar. There’s a part of my life that is so repulsive and dark that I have been warring against it for all of my adult life.”

Only God knows if Ted is sincere; confession is sometimes the only thing left to us once we’re caught in sin. But the family of Christ sometimes gets it right.

“We all love him because he’s a part of our family,” said one church member following Haggard’s confession. “You don’t just throw away a sister or a brother. Desperately, we love him, and we wouldn’t be here if we didn’t.”

Like children to our Father, we cry out for Grace. Grace in the rain, the pain, the loving and losing, the hurt and healing, the sun and the storm. Grace descending when God seems most distant, a graceful faith that His hand is on both birth and death, love and lust, loss, joy and gentleness, the crime and the cancer and the compulsion, the laughter and the tears, a saving grace even when the God of all giving inexplicably takes away. Grace for a wounded world engaged in war between horror and hope, and faith that Christ nonetheless exists as a soft, still and sure place.

We’re only human, you know — satisfied or hungry, full of joy or full of fear, aching for Jesus or just plain aching.

Let he who is without sin…. 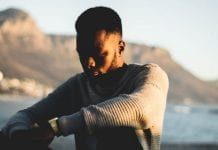 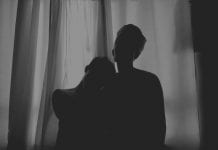 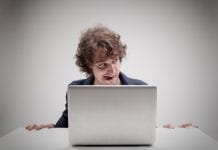