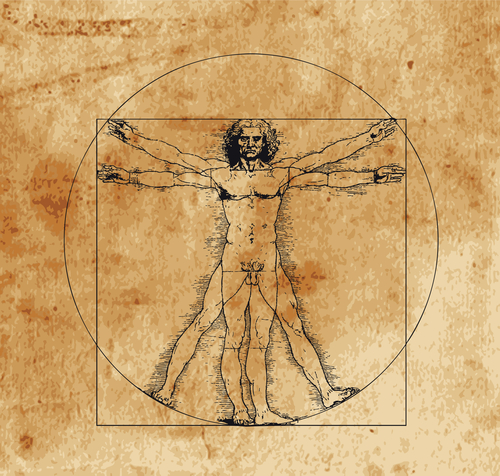 Seated across the aisle from me on a small regional jet out of Houston, a young woman pulled out a brand new paperback copy of Dan Brown‘s bestseller, “The Da Vinci Code.” I had just purchased a copy, confident that Sony would not be providing screenings for Christian cultural analysts (I have since been proven wrong), so I asked her how she liked it. She said that she had picked it up at the airport bookstore: “I just wanted to see what all of the fuss was about.”

When books reach the kind of critical mass generated by “The Da Vinci Code,” they take on a life of their own. People, who ordinarily never would have dreamed of picking this thriller out of a sea of similar titles offered up each year, find themselves drawn to the cultural event. They want to know, what is the big deal? What is it about this book that has generated so much controversy? A desire to be “with it,” to be culturally included, has driven Dan Brown’s book into the stratosphere, and spawned a blockbuster film, starring Tom Hanks and directed by Ron Howard.

With dozens of books addressing problems with, or defending attacks on, “The Da Vinci Code” populating the Borders or Barnes & Noble near you, the question remains, “What is all the fuss about?” The question is emphatically not a request for more information; instead it centers on significance. And questions concerning the significance of spiritual things ricocheting across Western culture should excite every Christian that ever wanted to share his faith with the skeptical or otherwise disinterested. Sure, Hollywood may laugh all the way to the bank while the controversy over the film drives the box office. But that should be of limited concern to prepared Christians who will be presented with an evangelistic opportunity that might prove even more potent than that which followed “The Passion of the Christ.”

The Dangers of Boycotting a Cultural Event

“The Da Vinci Code” long ago ceased being simply another thriller. With over 40 million copies in print in hardcover it transcends mere book status. Make no mistake:  “The Da Vinci Code” is a full-fledged cultural event. As a result, it has drawn a varied reaction from Christian leaders.

Some, shouting “Blasphemy,” are calling for a complete boycott of the film. One of the reasons given is that we should be concerned about putting money into the hands of its makers. I have written often that Christians should vote with their wallets, because what makes money is what gets made. But in the case of “The Da Vinci Code,” there is no way that Christians can have any meaningful economic impact on the box office.

While no one should see “The Da Vinci Code” in violation of their conscience before God, I argue that some mature Christians should see this film, accompanied by non-Christians, because it will likely be the best open door to a conversation about the Gospel that will appear on a movie screen this year. Most important, our faith should not be threatened by the preposterous claims of “The Da Vinci Code.” If Hollywood churns out high production-value films that address spiritual issues and create opportunities to share the truth about the faith, then I am all for that. It is too much to expect that every film will be “The Passion of the Christ” or “The Lion, the Witch, and the Wardrobe.”

A lot of people have read, and will read, “The Da Vinci Code.” Millions more will see the movie. In a nation as biblically and historically illiterate as our own, some will swallow the film’s assertions without stopping to chew. At such a moment, viewers should not be abandoned by the very people who best can challenge the film’s false claims. In a bizarre way, “The Da Vinci Code” may represent the kind of bad behavior that provides what parents recognize as “a teachable moment.” The film could create even more opportunity than the book. Reading is a solitary activity. It takes most people days to finish a book. They stop and start, think along the way; it makes it hard to recognize the appropriate time to engage readers in conversation. But movies are group activities. “The Da Vinci Code” film will start and finish in about two breathless hours, and the discerning Christian can arrange for coffee shop time afterward to talk about the claims of the film.

The Power of Story

Some Christian leaders have claimed that marshalling the facts won’t be enough to combat the compelling narrative of “The Da Vinci Code.” The theory is that stories trump exposition. The odd conclusion some have reached is that we shouldn’t bother. Perhaps, if we ignore this film, it will go away? But “The Da Vinci Code” is no “Last Temptation of Christ.” Boycotting the latter only drew more attention to a poorly made movie. A Christian boycott of “The Da Vinci Code” will land with an economic whimper – this film is a pre-sold blockbuster.

And, no mistake, the story that it will tell will have power. We live in a time when people feel free to construct their own versions of the truth – as paradoxical as that sounds. One of the ways people do so is through the stories they hear and tell. If people are looking for ways to discount the significance of Christ and distance themselves from a need to bow to His authority, then “The Da Vinci Code” provides seductive cover. The fact that most people are ignorant of world history, Church history, how Christians came by the Bible, and Catholic prelatures makes Brown’s explanation of events as plausible to them as any other. Add to that the seductive allure of access to “secret knowledge,” and some people will be hooked.

But narrative expert Dr. Walter Fisher notes that in order for stories to be persuasive, they have to be cohesive and have the ring of truth. The problem with “The Da Vinci Code”‘s story is that it cannot hang together under scrutiny. It isn’t necessary for Christians to craft flow charts and recite dusty details to expose the flaws in Brown’s tale – and there are enough critics picking over minutiae, like mistakes in the angles of buildings Brown describes, to make that possible. Instead we should be willing and able to tell the true story of how things actually happened, focusing on important issues: the deity of Christ and the reliability of the Scriptures.

The Real Leap of Faith

And Christians need not spend all of their time merely defending Christian truths. The other side of this story is that pagan goddess worship is the alternative presented in “The Da Vinci Code.” The only defense offered in the book for goddess worship is that it is old, that European elites practiced it as part of a secret society, and that it was secretly endorsed by Jesus (who, if he wasn’t divine, would have no more credibility on that issue than you or I — you can’t have it both ways). The startling aspect of the book, and I assume of the film, is that everyone involved appears to take all of the pagan goddess worship on faith. It should not get a free pass.

The Bible makes truth claims about God and His dealings with humans in history. Much of the Bible contains historical, testable facts. What claims do the goddess worshippers make that would be open for debate? There is no rationale provided, it is merely assumed. The quality of the truth claims (if you can call what the goddess worshippers believe “truth claims”) are not remotely of the same class. Even the “evidence” for the anti-Christian claims is never ultimately produced – the reader is simply expected to believe that the shadowy Priory of Sion has it. Talk about a leap of faith! It is startling that the book which provided Brown with much of the assumptions on which “The Da Vinci Code” is based – Holy Blood, Holy Grail – was dismissed by historians as pseudo-history as soon as it was published in 1982. Strange, isn’t it, how the passage of 24 years, and a best-selling fiction novel, can breathe new life into spurious history? Perhaps the best way to expose the folly of “The Da Vinci Code” is to comment on how seriously everyone is taking the “arguments” in the book and then laugh about it.

One of the positive aspects of the release of “The Da Vinci Code” is that parishioners are probably more open to hearing their pastors teach on church history than ever before. If five years ago pastors announced a Wednesday night sermon series on The Church Fathers, the Council of Nicea, and How We Got the Bible, my guess is that attendance would be down. But now they can teach the same thing, and the pews will be packed. It just has to be called “Breaking, Demolishing, Deconstructing, Exposing and Otherwise Whupping the Tar Out of The Da Vinci Code!”

There is nothing like anticipated opposition to motivate Christians to get ready. More than a dozen books have been written to expose the flaws in “The Da Vinci Code.” Get a good one and read it. If the existence of the book and the film are what it takes to challenge Christians to learn their own history, then Dan Brown may have given the Church a much-needed gift – one that will extend beyond anyone’s remembrance of his film.

Marc T. Newman, PhD is president of Speaker For Life, a training firm dedicated to equipping pro-life advocates nationwide with public speaking skills. He has spoken at nearly every major pro-life convention in the nation and is in demand as a banquet keynoter. He is the former Director of Speech and Debate at the University of California at Irvine, and is retired from teaching in the doctoral program in the School of Communication and the Arts at Regent University.  He has trained speakers in the public and private sectors for over twenty-five years. Additionally, he is the CEO of SpeechRamp, a company revolutionizing the way that public speaking is taught at colleges and universities nationwide. He has appeared on Fox News and in Time magazine. He recently relocated from North San Diego County in California to East Tennessee with his wife, Sharon, and their youngest son, Joel.