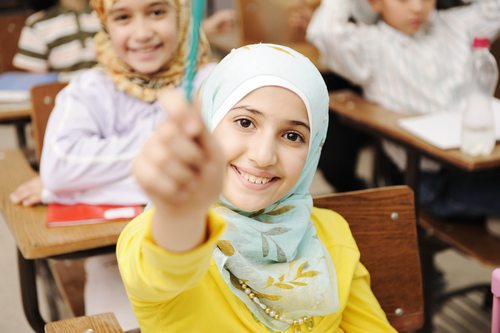 The most common misconception about God, is a faulty linguistic argument that says Allah and Jehovah are the same god because they both mean, in their languages, deity. Instead, says Caner, it’s not a linguistic argument; it should be a theological argument.

“As a Muslim growing up in the Suni faith, I understood Allah to be holy transcendent. I understood that Allah did not have any partners. When Peter said “You are the Christ, the son of the Living God’ – that’s known in Islam as shierk – the equivalent of unforgiveable sin. Islam does not believe that Jesus died on the cross; Islam does not believe in the Trinity – it calls the thing most blasphemous in Chap 19, v88 of the Koran.

JC:  Can you talk about your conversion?

EC:  Well what was most instrumental beyond humanly speaking the awesome sovereignty and providence of God is a persistent, obnoxious youth who wouldn’t give up on Jesus with us.  That’s what was most notable.  He invited us to every revival, fifth quarter rally, lock-in, you name it, he wanted us to be there.  We walked into the Stells Road Baptist Church in Columbus, Ohio.  The two things he was speaking that was necessary to be there to draw us to cross worry was a bold preacher, one who has unashamedly preached the Word of God word for word, verse for verse by verse. Stipulated and told us without any hesitation we needed Jesus not as a prophet, but as prophet priesting king, as the Savior of mankind, the Redeemer of the world.  And he made no ifs ands or buts about it.  He was kind, he was compassionate, but he was confrontational and that’s what was necessary for us to come, you know it’s a reminder Jesus didn’t come to be a good Savior, a better Savior, a best Savior.  He came to be the only Savior that mankind would ever have.

The other thing that was necessary was an unconditionally loving congregation.  Boy the people just loved us across, so you can imagine three boys all of whom were now saved, my two old brothers and myself hawking into a southern Baptist church in the north.  It was quite an awkward moment.  And we weren’t that much to look at.  We were all scrawny, little Muslim kids that were in our awkward teenage years who grew up not even speaking English as a first language.  Fairly poor from the wring side of the tracks and the church just lovingly welcomed us in, treated us as family and drew us to the cross.

EC:  That’s right, my mother while I was a youth pastor at a church, I came forward during one of the invitations and professed faith in Jesus Christ.  I was baptized shortly thereafter, my grandmother at the age of 92 accepted Christ as her Savior.  I was able and privileged to lead her to the Lord personally while we were in a small little redneck town living here in North Carolina.  God is far too good.

JC:  How is your relationship with your father now?

EC:  Those who are disowned would be a different piece of advice to those who are speaking to Muslims who if they accept Christ will be disowned.  To those Muslims, and I’ve dealt with Afghans, Pakistanis and so forth in sharing Christ and that’s the largest barrier, even more than truth.  We spoke to one young lady, an Afghan and she said, “I know what you say is true, but I cannot lose my brothers.  I cannot lose my family and therefore I must just have to reject your claim.”  The best piece of advice is to tell them listen this is something that will be difficult and something that’s promised within the scripture.  Matthew 10: Jesus promises, “I did not come to bring peace but a sword that I’ll separate daughter from mother and son from father.”  And that it will come true in many Muslim’s lives because that’s explicitly Koranic.  In Chapter 3:85 of the Koran says that “If you accept another religion it’ll never be accepted of you.”

And indeed my father disowned me and he was actually very kind to us.  He only disowned us.  Mohammad ventured to say in the second source of authority known as the hadithe(?) or the saith(?) of Mohammad Volume 9:57 says, “If Muslim accepts another religion kill him.”  So it’s a far different cry.  Now for those who are witnessing to a Muslim who is pondering the imponderables considering eternal aspects of their life and accepting Christ as their Savior and surrendering their life to Him the person may notice of course this incredible barrier.  And they’ll have to realize the sacrifice that Muslim will make if they become a Christian.  So that number one if they say why in the world don’t you make a decision, well it’s fairly clear to Muslims why they don’t make a decision like that. Secondly when they make that decision, when they are saved, as many as 20,000 Muslims come to faith in Christ in America every year the church has got to be prepared to take them in as family.  And not even just as a second family, but as a first family because they’ll be ostracized, they’ll be disowned like I was from my father and the church has to be that loving guardian that disciples them because it’s a difficult thing, especially from a different country.  Lose everything in order to have faith in Christ.

We don’t realize that even in America there is such a thing as an underground church because many Muslims don’t want to be outed.  What will happen in the most extreme of situations someone in their family or someone in the government will call them from wherever they are from, wherever their origins are and say, “We have a relative, we have a brother and if you do not revert back to Islam we will kill him.”  And so they fear even coming out and that’s why many Muslims after they’re saved hesitate coming to church because they’re not sure if they’re going to be accepted.  They’re not sure what the ramifications will be, the consequences, the ostrization, and it’s very difficult for a Muslim though when they do get saved most of them are so souled out, most of them would witness to a tree stump if it had a soul.

EC:  Yeah one of the things we’ll have to touch on we’re doing with the Future of Truth Conference is the cultural war that’s being raged in the United States.  And we see it politically, I think it’s fairly clear in this campaign.  But it’s deeper than that.  The cultural war, we just came out of the Cold War, my wife’s from the Czech Republic as she herself saw when she was pulled in the office and told you know you cannot be what you desire to be because your father’s a pastor hence we were going to force you to work in a factory.  She understood that, but when the wall fell down in the Czech Republic, the Velvet Revolution occurred in 1989, she was free.

Now we find a different type of war, it’s not ideology, it’s theology.  It’s not a Cold War, it’s a Confessional War.  This war is one in which the battle lines are not raged between a wall, but indeed we’re not sure where the landscape is many times, it’s so fluid.  This is one we can’t lose.  But it’s one in which Americans have to realize the terror war will never become a nuisance.  It is something that will always be on the front lines.  And Christians in particular have to realize this is not merely or primarily a political battle, it’s a spiritual one.  And one that will only be won as we send our missionaries out there with people with faith in Christ.

And realize that we are not called to be a 21st century church.  We’re called to be a first century church.  And we’re called to be one that’s not convenient, but costly.  That means sending out our children, our loved ones, going to places they’ve never been and reaching people they’ve never met, risking their lives and I’m not sure if we in America are really used to that.  But we need to be.  We see it across the world.  We see it in China and in other places where Christians lose their lives everyday and are imprisoned everyday.  And Americans don’t need to be behind them, they need to be beside them.

Resources – Unveiling Islam or More Than a Prophet – theological and apologetic resources on how to defend your faith.  We also recommend books like answering Islam by Norman Geisler and Abduh Saleb. My brother and I have also written resources – How to Win a Muslim Woman to Christ: Out of the crescent shadows – that help out.

Of course, Ravi Zacharias has a book out in Islam and Abduh Saleb has others in there so we would recommend sources that do not over emphasize the similarities within the religion as if they are both holding hand in hand into the one God but recommend resources that honestly give the idea of understanding between the differences of the religions. Such as Ravi Zacharias and me myself and my brother and Norman Geisler do in this book. 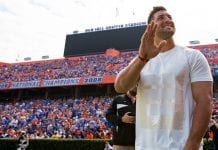 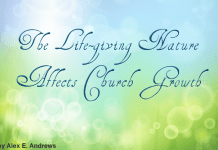 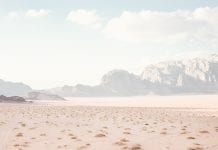 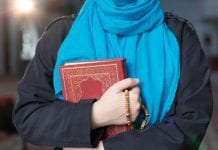