Past Trauma and Unworthiness Prompt Celebrity Hairstylist and Influencer Tracci Johnson to Pen Dangerous Mistrust, A Journey of Deliverance

When past trauma surfaces when things are going well and our bag is expanding, it blindsides us when negativity creeps in and the internal dialogue tells us we are unworthy and will never measure up. Celebrity hairstylist Tracci Johnson knows that voice all too well and says, “embracing these deceptions develops dangerous mistrust and mindsets that promote untruths about who we are and who God is.”

Post-traumatic stress disorder (PTSD), depression, anxiety, and self-doubt are words one time or another described Johnson. Although a recognized hairstylist and influencer who many thought had it all, deep inside, she wrestled with a powerful disruption stemming from a toxic relationship with her father. Over years it shaped her thoughts and obstructed her perspective of self and God. The smokescreen of success that concealed her true happiness was fading.

Divorce, disappointment, abuse, and more would lay the foundation of a book that Johnsons says God gave her. “I sensed God’s revelation that all the trials, pain, and heartaches I’ve experienced (mostly caused by me) were not just for my spiritual growth or to draw me closer to Him,” she states. “But just maybe, I could encourage someone else to trust God a little more and avoid some mistakes I’ve made.”

A powerful excerpt from her book reads:
As I walked up to the house, the lights were on as usual. I entered the house and walked to our bedroom. The door was locked, so I knocked and then called out to him several times. I could hear the television coming from the room, but I got no response. Could he be hurt, passed out, or something worse? I called his cell phone and heard it ringing in the room. Now, I was sure that he had to be in there, and something had to be wrong with him. I banged on the door and called out to him again several times before trying a credit card, knife, and a screwdriver to open the door. In a final attempt to get in before calling for help, I bumped against the door with the weight of my body several times before it popped open, leaving a dent in the wall from the impact of the doorknob.

Before I could focus my eyes to see him in the dark, he charged at me like an angry bull, grabbed me hard around my neck, and started dragging me by the neck to the guest room. I was scratching and clawing at his hands, trying to make him let go. He shoved me into the guest room and told me that was where I’d be sleeping. When I questioned all this drama, he snarled, “Ask that blankety-blank you are F——!” Then he grabbed my cell phone and slammed it against the wall, shattering it. In my line of business, that’s like cutting off my lifeline.

As he stormed back to the bedroom, I realized that he was more out of control than usual because he had put his hands on me. This was a first. I went downstairs and called the police on the landline. The police came and listened to my story, then they went upstairs to talk to him. When they came back down, one officer told me to turn around and began to handcuff me. “You are under arrest.” “What? I’m standing there with my clothes torn, marks around my neck, and I’m going to jail!”

This is just one of the many heart-breaking incidents that Johnson experienced through her tumultuous journey of deliverance.

Before adding author to her title, Johnson impacted the beauty industry with her signature cuts and quickly became a household name. Her paternal great, great-great-grandmother made wigs for Madam C. J. Walker’s company; her paternal aunt was a celebrity stylist in the 70s and one of the first African American women to own a salon in Beverly Hills; her maternal grandmother and two of her sisters were stylists and salon owners, and another sister was a barber and pioneered in becoming a female barbershop owner in the state of Texas.

It’s no surprise that a successful hairstylist would be synonymous with her name. But she isn’t just any prosperous hairstylist. Sure, her talent is unmatched but her impeccable style, manicured image, and her light commands attention wherever she goes. It’s no wonder she was sought after by popular Black Hollywood entertainers and accumulated a star-studded clientele with the likes of Brandy, Kelly Price, Jada-Pinkett-Smith, Nia Long, Wendy Raquel Robinson, El Debarge, LL Cool J, and business mogul wife, Simone Smith, Kelly Williams, Elise Neal, Natalie Cole, Cicely Tyson, Tisha Campbell, Tichina Arnold, CeCe Winans, Lynn Whitfield, and many others.

When she wasn’t in the salon, she was perfecting celebrities on TV shows like ABC’s Extreme Makeover, and award shows such as the Oscars, the Grammy’s®, BET Awards, the NAACP Image Awards, countless films, music videos, and more.
Named one of the top 10 African American stylists in the country and making the list of the 50 most influential women in the beauty industry, she has appeared in many publications, including In Style and Essence.

As the former owner of Eclipse Salon, the “hot spot” on popular Melrose Avenue in Hollywood where any given day you could see John Sally, Terrance Howard, Nia Long, and many others, she was the talk of the town and women from corporate to the entertainment industry waited months to sit in her chair.

Behind the chair, she’s a beast with her signature cuts and her discerning spirit. The word on the street is that being in her chair is an experience. Not only because every client feels beautiful after their appointment but because God has allowed her to bring peace and confidence to many women with her gift of ministry. She has organically shared God’s word with most of her clients who look forward to getting a jolt of scripture to start or end their day.

“As a hairstylist, my job is to enhance women on the outside, however, my calling is to edify from within. I know when a client is hurting or needs a hug or a good scripture to keep them going. I would be remiss if I did not share what the holy spirit put on my heart.”

For years she was on top of the world and appeared to have it all, but her personal life, as she states, “was a total failure.” While smiling and ministering to others, a storm was brewing inside of her.

Her public image overshadowed her private life, which was deflated with a looming darkness, brokenness, bitterness, unforgiveness, self-loathing, pretense, and a constant feeling of inadequacy. Her fear of losing her ability to project the confident person she presented to the world was slowly coming to fruition.

After a life of faking happiness, she now values authenticity and allows access to some of her most private situations in a candid attempt to help others.

As an author, she rewrites her story based on the truth of God’s word in her new book, Dangerous Mistrust. She shares some of her deepest secrets and explains in detail how she overcame insecurities, fear, divorce, and heartbreak; and how she dug deep and charted a new way forward.

Her book will encourage and motivate you to live authentically and discover how to cultivate feelings of acceptance, love for self, and self-worth. Also, it will encourage you to conquer negative self-talk and limiting beliefs to realize that you have a rightful place in the kingdom of God.

Someone who never considered herself a writer, Johnson is raking in reviews from influencers, celebrities, and more.

“This book is honest, transparent, and life-giving, states designer and cast member of the hit reality show Mary Mary, Goo Goo Atkins. “To be able to dig this deep into your past and give this amount of detail with no fear of opinions or judgment shows courage and, more importantly, freedom. The Inward and Outward applications, prayers, scripture references, and biblical solutions for each problem she faced lead us all back to Christ, our solution!”

Dove Award winner and Grammy® and Stellar award nominee, Karima Kibble states, “Tracci’s journey is what perseverance looks like with grace and class holding on to faith. Through every disappointment, trial, and struggle, her faith in God increased. This book will cause you to pause and do a self-check. It demonstrates what it means to do the work to heal yourself.”

When asked what advice would you give women who are in a dangerous place mentally, emotionally, and spiritually? Johnson replies confidently, “First, seek God with all your heart. Develop a genuine relationship with Him so you can discern His voice more clearly. Ask Him to give you the desires that He wants you to have because sometimes we get discouraged wanting something that God doesn’t want for us.” She continues, “Then seek counseling. And last, keep a journal to clarify the direction you want to go, and changes you want to make.”

Johnson is now the new owner and operator of Legacci by Tracci also located on Melrose Ave. A new location but the same service.

Her journey of deliverance is encouraging, liberating, and inspiring. 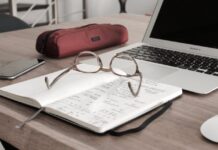 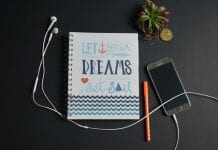 How to Learn, Earn and Live Your Dreams