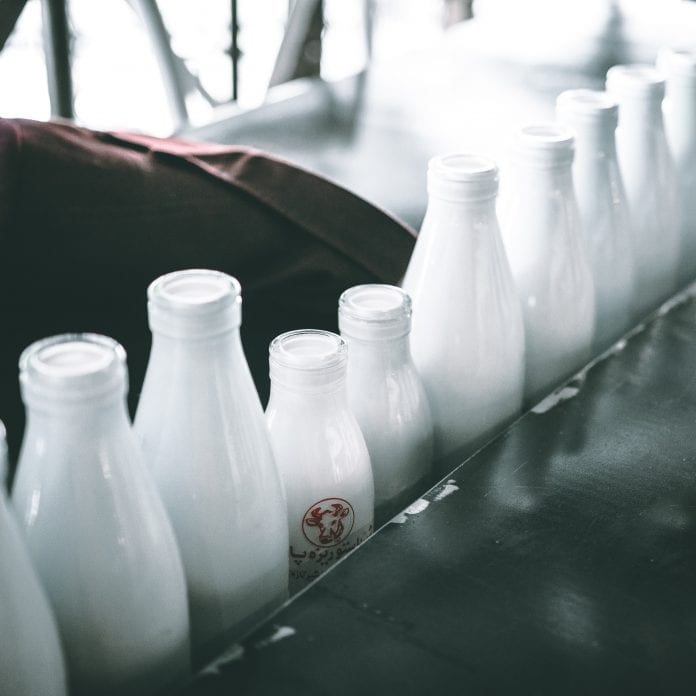 Conventional wisdom states that drinking milk causes an increase in phlegm. Scientists have generally dismissed the notion, though, since experiments do not seem to bear it out. In one study, researchers noted that even people who were inoculated with the common cold virus did not show any increase in symptoms when they drank milk.

But a new report suggests that those earlier studies suffered from a critical flaw: not all milk is the same.

Certain breeds of cows produce milk containing a protein called beta-CM-7. This protein can stimulate mucus glands in both your digestive- and respiratory tracts.

First of all, please understand that I do not recommend drinking pasteurized milk of any kind – ever. Because once milk has been pasteurized it’s more or less “dead,” and offers little in terms of real nutritional value to anyone, whether you show signs of intolerance to the milk or not.

Valuable enzymes are destroyed, vitamins (such as A, C, B6 and B12) are diminished, fragile milk proteins are radically transformed from health nurturing to unnatural amino acid configurations that can actually worsen your health. Finally the eradication of beneficial bacteria through the pasteurization process actually ends up promoting pathogens.

The healthy alternative to pasteurized milk is raw milk, which is an outstanding source of nutrients including beneficial bacteria such as lactobacillus acidophilus, vitamins and enzymes, and it is, in my estimation, one of the finest sources of calcium available.

However, some people may still experience problems, such as upper respiratory congestion, when drinking raw milk, and the difference between the breeds of cows the milk comes from appears to hold the answer.

This is an issue you may never have heard of unless you’re familiar with the bovine industry, or have done a fair amount of research on milk. But there are actually distinct differences in the milk produced by various breeds of dairy cows.

So-called A1 cows are “newer” breeds that experienced a mutation of a particular amino acid some 5,000 years ago, whereas A2 cows are the older breeds that do not have this mutation. As Thomas Cowan, MD, a founding board member of the Weston A. Price Foundation explains in his article Devil in the Milk, milk consists of three parts:

The milk solids consist of a variety of proteins, lactose and other sugars. One of these proteins is called beta-casein, and this is the protein of interest when comparing A1 and A2 milk.

All proteins are long chains of amino acids. Beta casein is a chain of 229 amino acids. A2 cows produce this protein with a proline at number 67, whereas A1 cows have a mutated proline amino acid, which converts it to histidine.

The proline in A2 milk has a strong bond to another small protein called BCM 7, which helps keep it from being released.

Histidine (the mutated protein), on the other hand, only weakly holds on to BCM 7, so it is liberated in the GI tract of animals and humans who drink A1 cow milk. Now, BCM7 is a powerful opiate that can have a very detrimental impact on your body.

As discussed in the article above, it is likely the cause of increased phlegm production in your digestive- and respiratory tract, which can worsen upper respiratory problems.

This confirms previous findings, discussed in Keith Woodford’s book Devil in the Milk: Illness, Health and the Politics of A1 and A2 Milk. In it he writes that BCM 7 selectively binds to the epithelial cells in mucus membranes and stimulates mucus secretion. But that’s not all. BCM7 has also been implicated in other far more serious health problems, such as:

For those of you who want to investigate this at greater depth, betacasein.net offers a comprehensive list of published scientific studies of the differences between A1 and A2 milk and their health ramifications.

You can also pick up a copy of Keith Woodford’s informative book, Devil in the Milk: Illness, Health and the Politics of A1 and A2 Milk.

The US Raises Mainly the “Wrong” Cows…

A1 cows include the black and white breeds like Holsteins and Friesians. Unfortunately, Holsteins are one of the most popular breeds in North America. The older breeds, such as Jersey’s, Guernsey, Asian and African are primarily A2’s. Goats and sheep also produce the healthier A2 type milk.

“Our issue in America is that we have the wrong cows,” Dr. Cowan writes. “When you take A1 cow milk away, and stimulate our own endorphins instead of the toxic opiate of BCM 7, some amazing health benefits ensue. One saving grace, as expressed in The Devil in the Milk, is that the absorption of BCM 7 is much less in people with a healthy GI tract… BCM 7 is also not found in goat’s or sheep’s milk, so these types of milk might be better tolerated.

… We now have one more thing to put on our activism to-do list. Dr. Woodford explains that it is fairly straightforward to switch a herd to become an all A2 herd. No genetic engineering is needed, no fancy tests, just one simple test of the beta-casein and it can be done. Hopefully, when this becomes widespread we will end up with a truly safe and healthy milk supply.”

Naturally, getting America’s dairy farmers to start switching breeds would require a massive campaign, but in the meantime, just being aware of this inherent difference between A1 and A2 milk can prove to be invaluable for many, especially if you have tried switching to raw milk and still experience problems with it.You may simply be drinking milk from an A1 breed… Switching to milk from an A2 breed could make a significant difference. This is also an important point for dairy farmers everywhere to at least consider, as A1 cattle may still not be producing the healthiest milk for human consumption, even when grass-fed.

How to Find Truly Healthy Milk

Depending on where you live, A2 milk may not be that hard to find. In fact, herds in much of Asia, Africa, and parts of Southern Europe still produce primarily A2 milk. If you live in the United States, New Zealand, Australia or other areas of Europe, however, you’ll need to look a bit harder since the majority of cattle in these areas are A1 breeds. As you know, I advocate getting your raw milk from a local dairy farmer that raises cattle organically, letting his livestock graze on fresh grasses. So to ensure the milk you’re getting is A2 milk — the type that has not been associated with illness and instead appears to have numerous health benefits – you’d just have to ask what kind of breed he raises. (Remember, A2 breeds include Jersey, Guernsey, Asian and African cows.)

Buying retail (in those states where raw milk sale is legal) would require just a little more work, since you’d have to get the contact information of the milk supplier and then call or write them to find out what breeds are used. Fortunately, grass-fed, raw milk almost always comes from small dairy farms that do not co-mingle their milk with milk from other farms, so this makes ensuring you’re buying A2 milk quite a bit easier. You can start you search for raw milk retailers in the US by going to the RealMilk web site.

www.OrganicPastures.com also has a store locator for California. (You can use the following hyperlinks to find out thelegal status of raw milk in the U.S. state or country where you live.) Yet another option is raw goat- and sheep’s milk, as neither of them contains the harmful BCM-7.

Will Your Social Circle Help You Lose Weight?

Are You an Undiagnosed Adult With ADHD