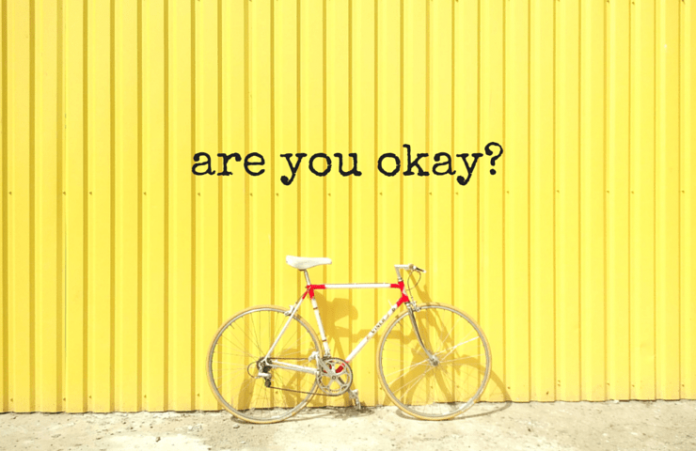 Have you ever been caught in the act?
I dated a girl in High School. We were in love. I was the student leader in our youth group, the nice young man who could do no wrong. She was the sweet, innocent girl from a small town.
One cold winter night, I took her to a really nice dinner, which in her home town meant the Sizzler. When we finished, it was too early to go back to her house because her mom was still awake. So we decided to hang out in my car. I drove my 1968 Oldsmobile – with bench seat – to a nearby park. No one else was there, which made it much nicer for us to snuggle. There may have been kissing involved.
I’m not sure if it was the steamy windows that caught the police officer’s attention, but all of a sudden there was a loud rapping on the car window. As we hurriedly scooted away from each other on the convenient bench seat, flashing red and blue lights illuminated the rear view mirror as I lowered my front window.
The officer was a large, towering man. He bent over and trained his flashlight on me and then focused it on my girlfriend.
At this point, I expected the officer to rain down judgment. I expected him to yell “What do you think you are doing?” or to ask my girlfriend, “What were you thinking?”
Instead, with the light still held on her face, he asked one question: “Miss, are you okay?”
Have you ever been caught in a situation where you expected God to dump judgment? Have you experienced, instead, how he trains his light of love on you and simply asks, “Are you okay?”
Has the unexpected concern of God invited you into his unexplored place of grace?

Jesus took people into the place of grace. Consider Luke 7.

The cool of the day had come. The sun had begun its evening descent, not yet tucking behind the horizon, but lighting the sky as if it had tired a bit and was ready for a retreat. Normally, at this time of day, she would have been walking the dusty roads of her town. Her sandals would have been etched with two words, one on each foot: “Follow Me.” She would wait until a man did so, and she would lead him to private quarters where, in exchange for money, she would let down her hair, remove her clothes, and open herself to him.

But not on this evening.

Word had spread that a Pharisee in town was hosting a dinner for a visiting teacher. People said that this man was more than a teacher. He was different. As was custom, the home would be open for any to come and listen to the conversation, but only the invited could eat the food served. Though she would never normally set her foot in the house of a man who saw only her sin, she found herself unable to stay away. On this night, curiosity was greater than commerce, hope greater than hate.

She put on her sandals. It was customary for her to perfume herself for her clients. It was no ordinary perfume. Her wages provided her the ability to afford the finest. She found an alabaster jar of her favorite perfume, took it with her, and made her way to the house. She smiled to herself; if any man chose to follow her now, they would be surprised at her destination. As she entered the home, she removed her sandals, placing them with the others.

The room was crowded. She looked at those reclined at the table, saw where Jesus was, and drew back against the wall with the other onlookers. She watched and listened from the shadows, and she waited.

Then she could wait no longer. What they said about this man was true, and what she heard him say were words she had never heard before. She stepped forward and stood behind him. Tears began to flow down her face. They spilled upon his feet. She knelt down, and in a familiar gesture, let down her hair. But this time, her hair cascaded around her face as a veil, a garment of worship, and she wiped her tears from his feet.

Jesus glanced back at her. She caught his gaze briefly, saw the tenderness in his eyes, felt her tears flow all the more. She brought her lips to his feet and kissed them, and not just once. She took her expensive perfume, normally applied in small amounts, and poured it forth. The scent filled the room.

Then she heard the murmur of scandal. The Pharisee had said to himself, “If this man were a prophet, he would know what kind of woman she is, a sinner.” Jesus picked up on it. She did too. She waited. And Jesus told a story, her story, a story of a woman who loved him sincerely. Then Jesus turned the story on his host. “You did not give me water for my feet (a custom of hospitality for guests who have walked dusty roads). She wet my feet. You did not kiss me. She has not stopped. You did not put oil on my head, she gave all she had.”

The woman’s heart had stilled. She was used to eyes being upon her. Eyes of judgment. Eyes of lust. But she felt different eyes upon her, as if people were seeing her for the first time. And then she felt his eyes. She looked up as he faced her. “Your sins are forgiven. Your faith has saved you. Go in peace”

She brushed her hair back behind her ears; smiled as she bowed and backed away. Turning, she walked through the room and out the door, leaving her sandals behind.

Are you okay? Probably not. Somewhere in the recess of your soul, you need a light to shine. Do not recoil. Do not panic. What you expect to be intimidation will prove to be invitation.