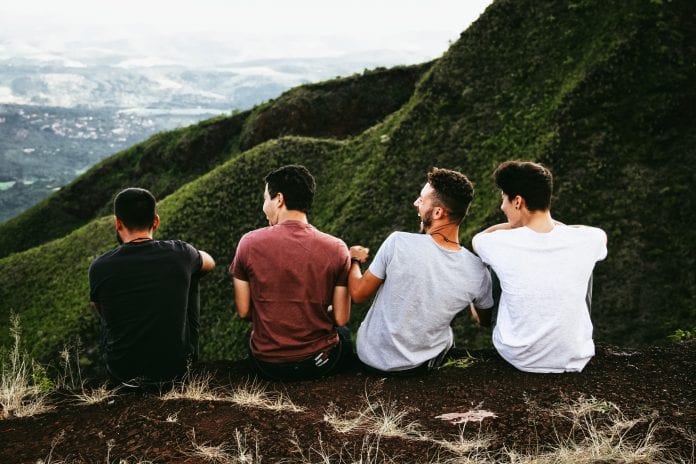 It is likely no surprise to you that God has wired women and men differently. We all recognize some of these differences, but others often hide in plain sight. Shaunti Feldhahn, a nationally syndicated newspaper columnist, author and speaker wrote a fantastic book, For Women Only: What You Need to Know About the Inner Lives of Men.

In it, she recounts the surprising truths she learned about men after interviewing more than 1,000 of them. I had the opportunity to interview Shaunti for our radio broadcast, HomeWord with Jim Burns. In our discussion, we spoke about 10 things guys wish women knew about men. I think you’ll find these 10 things fascinating! Even more, I believe that in understanding these issues, you’ll be equipped to lead your marriage to a better place!

1. Men would rather feel unloved than inadequate and disrespected.

2. A man’s anger is often a response to feeling disrespected by his wife.

When a husband becomes angry with his wife, he may not come out and say, “You’re disrespecting me!” But, there is a good likelihood that he is feeling stung by something his wife has done which he considers disrespectful and humiliating.

4. Men feel the burden of being the provider for their family.

Intellectually, it doesn’t matter how much or little a man makes, or whether or not his wife makes more or less money in her career. Men simply bear the emotional burden of providing for their family. It’s not a burden they’ve chosen to bear. Men are simply wired with this burden. As such, it is never far from their minds and can result in the feeling of being trapped. While wives cannot release their husbands from this burden, they can relieve it through a healthy dose of appreciation, encouragement and support.

Everyone’s natural response to this is probably, “Duh!” But, that response is probably for the wrong reason. We primarily assume that men want more sex with their wives due to their physical wiring (their “needs”). But, surprisingly, Shaunti Feldhahn’s research showed that the reason men want more sex is because of their strong need to be desired by their wives. Men simply need to be wanted. Regular, fulfilling sex is critical to a man’s sense of feeling loved and desired.

When men feel their wives desire them sexually, it has a profound effect on the rest of their lives. It gives them an increasing sense of confidence and well-being that carries over into every other area of his life. The flipside of this coin also carries a profoundly negative affect. When a husband feels rejected sexually, he not only feels his wife is rejecting him physically, but that she is somehow rejecting his life as a husband, provider and man. This is why making sex a priority in marriage is so incredibly important!

This means the vast majority of men respond to visual images when it comes to women. And, this doesn’t just mean the guys with wandering eyes. Even the most godly husband cannot avoid noticing a woman who dresses in a way that draws attention to her body. Even if it is just a glance, these visual images are stored away in the male brain as a sort of “visual rolodex”; that will reappear without any warning. Men can choose whether to dwell on these images and memories or dismiss them, but they can’t control when these images appear.

8. Men enjoy romance, but doubt their skills to be romantic.

True, many men appear to be unromantic clods, but it doesn’t mean that they want to be that way! Men want to be romantic, but they just doubt their ability to pull it off. They are plagued by internal hesitations, perceiving the risk of humiliation and failure as too high. Wives can do a great deal to increase their husbands’ confidence in their romantic skills through encouragement and redefining what romance looks like. For example, a wife may balk when her husband asks her to go along to the hardware store, but it’s likely that he’s asking because he sees it as a time they can get away as a couple and hang out together. What’s not romantic about that?

9. Men care about their wife’s appearance.

This isn’t saying that all men want their wives to look like the latest supermodel. What men really want is to know that their wives are making an effort to take care of themselves (and not letting themselves go) because it matters to them (the husbands!). Husbands appreciate the efforts their wives make to maintain their attractiveness.

10. Men want their wives to know how much they love them.