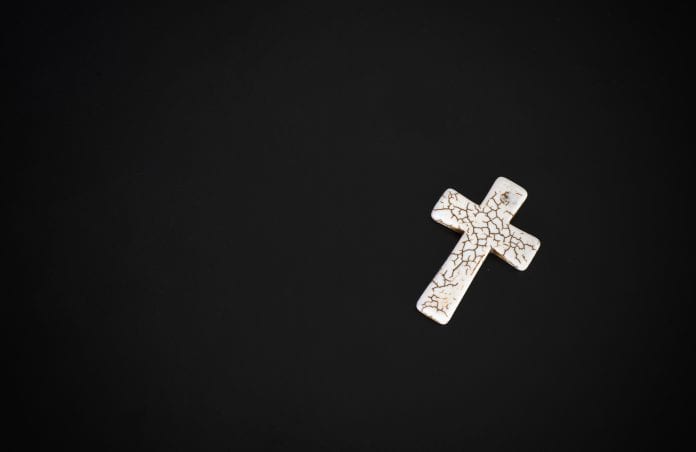 Over the past months, my heart has turned toward my generation with compassion and a holy anger against the iniquities that keep them bound. My heart has been for my generation, but my focus has changed. I used to look to see whether they were shouting, dancing, or carrying their Bibles to judge their relationship with God. But the reality is, that does not tell us much. For so long we have looked at people who are emotionally involved in Christianity and thought that meant they were “right with God.” This mind-set is a shallow and ineffective approach to turning a generation back to Him. As I looked over my own life, the Lord exposed this deceitful plot of the enemy, and I’m beginning to tear down this so-called “Pentecostal” religious facade.


Growing up in a Pentecostal home was fun times. Going to church often felt like a three-ring circus. On one side you had the bearded lady rolling in the floor, and on the other you had the half-man half-chicken doing the chicken dance. Some of our services would have qualified for Ripley’s Believe It or Not. It was fun to watch sometimes, and I’m certainly not ashamed of my Pentecostal upbringing. I am Pentecostal. I believe in the Baptism of the Holy Ghost and the work of the Holy Spirit in the life of the believer. I believe that the fruit and gifts of the Spirit are working through the church today. I love the manifestations of God’s Spirit and I will always love that. But lately I feel as if a new wine-skin is being developed for me. I believe we have had an improper balance in our upbringing. Put on your seat belt and let’s go for a ride.

When I came back to Christ during my senior year of high school, I began this journey and pursuit of God. I could see the things of God all around me. My dad is a man of God, whom I have seen God use in many amazing ways, including raising the dead. I watched services as people shouted, danced, and ran the aisles. My dad preached with much fervor. I observed all of these things, and they left me with an intense conviction about the power of God. Still, the fact is, I was attending church, reading my Bible occasionally, and praying scarcely. Then the Lord called me to preach after graduating from high school.

When I received the call to preach I began to devour the Word, still only praying scarcely. I began my ascent into the charismatic/Pentecostal world. I preached with fire, and still do. I laid hands on people to pray for them, and still do. I would stand on my head and gargle peanut butter if the Lord told me to. As I reflect on that time, I realize that my relation-ship with God was not so much for myself, but it was to gain the reaction that is expected in the charismatic/Pentecostal circles. I studied to preach sermons that would move people to shout, dance, and jump because that is want the people wanted. Besides, I am Pentecostal and that’s what we do. As a kid, I was moved as I watched preachers flip places upside down. It was my goal to do the same.

Now that I look back at the fruit of those expressions, I become disappointed with the lack of lasting results of the people who were affected by my ministry. People would shout, dance, and run the aisles when I preached; but then I would see those same people fall into sin, stab people in the back, and leave the church. I couldn’t figure out this phenomenon. These people are on fire for God! What happened?

I would have discovered the solution to the problem much sooner if I had I discovered the problem within myself. I had a bad attitude, I was still dealing with secret sin, and I was acting like I was righteous. It was during this time that I realized something was wrong, because I was preaching, people were shouting, and we were seeing healing and miracles; yet the hearts of the people were not being changed and neither was mine.

God has brought me a long way in these past five years. I’d like to forget most of it, but God is faithful! Since starting The Extreme, I have been in a time of change, a time in which God is preparing a new wine skin. There must be a shift. It’s time that we get real, so that we can make real adjustments.

Matthew 7:22-23 says, “Many will say to Me in that day, Lord, Lord, have we not prophesied in thy name? And in thy name have cast out devils? And in thy name done many wonderful works? And then I will profess unto them, I never knew you: depart from me, ye that work iniquity.” We can go to services, sing and shout, lay hands on the sick and watch them recover, prophesy and do all these things, and still not really know God. This is what I want to share with you today: I want us to know God beyond our emotions.

When we run in these Pentecostal/charismatic circles, it is very easy for us to only “know” God emotionally. Most of us try and prove that we know God through our emotional experience and boisterous expressions. That’s why most of us have to go from conference to conference trying to get our “fire” back. That’s why we need cool videos and top worship bands to entertain us, so that kids will “serve” God. It touches our emotions, which is fine, except that this cannot be the foundation of our Christianity. Many of us have turned our emotions and our experiences into our connection to God. The truth is, the foundation upon which we should stand firm is one of knowing God through His word and prayer. But the two most difficult things to convince our generation to do are read the Word and pray. This is why we have to put the Bible on mp3 with cool sound effects and a Hollywood voice over to draw inter-est. All of these things have their place, so long as they are not our FOUNDATION.

Matthew 7:24-27 shows this concept. If we plan to stand solid in this hour, we must move beyond emotional fizzes and establish a solid foundation. Most of us have received “the Holy Ghost” and never built a foundation in Christ. We have often settled for goose bumps and cold chills instead of knowing God through His Word and prayer.

If we can build a firm foundation, then we can serve God when there is no conference to attend, no camp meeting service, no cool videos, and no top worship artist singing our jam. Emotional highs, great services, and relevant gimmicks will not help us conquer the iniquity in our lives. Christ alone is our foundation, and He is the only Conqueror of our sin and iniquity. I want to “KNOW HIM” when it’s just me and His Word, when it’s just me and Him in secret, in prayer. I cry out like David saying, “O, that I might know You!” We would have an unstoppable army if we could teach them how to build a foundation in the Word and in prayer.

I did not write this article to make you laugh or to be harsh, but to expose the facade of “Pentecostal” religion. Just because you shout doesn’t mean you are truly walking with God. At the end of the night I don’t want you to base your Christianity on pure emotions; I want you to know that you are saved by knowing it in your heart. It’s with the mind that we serve the Lord; it’s with the flesh that we serve sin” (Romans 7:25).

I love you all. Don’t think serving God with your emotions is bad; just know that there is something much deeper. And when the emotions are rolling, you can still say in your heart, I will serve Him because I know Him.