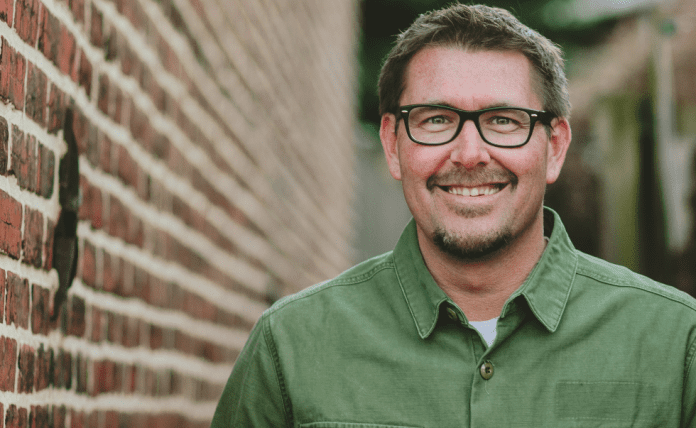 K: Mark, you write that “most of us spend most of our lives running away from the things we’re afraid of.” How can we overcome our fear?

M: The key to overcoming the fear of failure is not success—it’s failure in small enough doses that you build up immunity! You’ve got to face your fears by doing what you’re afraid of. You make it a way of life by seeking out situations that scare you to life. That’s what it means to run to the roar.

K: Tell us the amazing story of how your new “miracle theater” church on Capitol Hill began. What happened 49 years ago to birth this dream?

M: In 1960, an evangelist named R. W. Schambach was holding a revival in Washington, D.C. As he walked by a movie theater at 535 Eighth Street SE, he felt prompted to pray that God would shut down the theater and turn it into a church. Two years later it became the People’s Church. And 49 years later it would become National Community Church. Everything goes does in and through our Capitol Hill campus is a prayer within a prayer, a dream within a dream, a miracle within a miracle. The irony is that we’ve converted that campus back not a movie theater—we show movies during off-church hours! One of our core convictions is that the church belongs in the middle of the marketplace. After all, Jesus didn’t just hang out in the synagogue. He hung out at wells. That’s why we own and operate a coffeehouse. It’s why we own and operate a movie theater. We get to control what goes on the screen, and it’s a great way for the church and community to cross paths.

K: How can someone discern if an idea or dream they receive is worth chasing?

M: Here’s a good rule of thumb: If you’re going to get out of a boat in the middle of the Sea of Galilee, you’d better make sure that Jesus said, “Come.” But if Jesus says, “Come,” you’d better not stay in the boat. The challenge, of course, is discerning when to do what. Either way, the key is discerning the voice of God. If He says, “Stay,” then stay. If He says, “Come,” then come. How do you discern the voice of God? It starts with the Word of God. If you want to get a word from God, get into the Word of God. I’d rather have one God idea than a thousand good ideas. Good ideas are good, but God ideas change the course of history!

K: You say “if God called you, you aren’t really doubting yourself. You’re doubting God.” Please expand on this.

K: In your book you encourage readers to go after a dream so big that is destined to fail unless there is divine intervention. Could you share an example of this from your own life and how the inception of the dream came about?

M: We had no business going into the coffeehouse business 10 years ago, but I knew the dream for Ebenezers Coffeehouse was from God. I also believed God would bless it, especially since every penny of profit would go to kingdom causes. We had very little experience, but Ebenezers has been voted the #1 coffeehouse in DC several times by several different publications. We’ve now had more than a million customers and given away more than $1 million, but it started with a crazy idea—let’s turn a crackhouse into a coffeehouse. By definition, a God-sized dream is beyond your ability and beyond your resources. And that’s the beauty of a dream that is bigger than you are—it forces you to pray like it depends on God because it does!

K: I loved how you break it down for us: “God isn’t going to say, ‘Well planned, good and faithful servant… Well thought… Well said.’ There is one commendation: “Well done.” Tell me about the moment you realized that it was more important to do something with what we know than to simply know it.

M: There is an old axiom: Ready, Set, Go. And while I believe that God doesn’t compensate for our lack of preparedness, I also have a bias for action. So we flipped that axiom and turned it into one of our core values at National Community Church: Go, Set, Ready. If you wait until you’re ready, you’ll be waiting the rest of your life! I wasn’t ready to get married. Is anybody? We weren’t ready to have kids. I wasn’t ready to pastor a church. We weren’t ready to go multi-site. And we weren’t ready or qualified to open a coffeehouse on Capitol Hill. But there comes a moment when you have to take a step of faith. In the Hebrew language, there is no distinction between knowing and doing. To know is to do! If you aren’t doing it, don’t tell me you know it. At the end of the day, we pray like it depends on God and work like it depends on us. That is the approach we take with every opportunity that comes our way. The Biblical touchstone for that approach is I Sam 14:6: “Perhaps the Lord will act on our behalf.” I’m afraid many leaders operate out of the opposite mentality: perhaps the Lord won’t act on our behalf. That results in a spirit of timidity rather than the spirit of humble boldness that is our birthright as Christ followers.

K: You say “We start dying the day we stop dreaming.” What would you say to those who don’t have a dream or maybe they have seen their dream die and don’t see any hope of it being resurrected?

M: If you don’t have a dream, get around someone who does! One of the best ways to discover your own dream is to help someone else accomplish theirs! If you have a dream that has died, don’t give up on it. Most of my dreams have had to go through a death and resurrection. I’ve had the joy of pastoring NCC for 20 years now, but it’s not my first rodeo. My first attempt at church planting failed, and I’m grateful it did. I learned some tough lessons, but I wouldn’t trade that failure for anything. If our church plant in Chicago had not died, I don’t think I would have made it to Washington, DC.

M: We have a mantra around National Community Church: if you stay humble and stay hungry, there is nothing God cannot do in you or through you. I think it comes back to humility and hunger. One way I fuel my hunger is via reading. It helps my synapses fire in new ways. I also believe that pastors owe it to their families and their churches to use all of their vacation days! You’ve got to find ways to rest and recover from the wear and tear of ministry. You’ve got to put good boundaries around your sabbath, around the family, around your study times. Without a margin, you’ll eventually lose momentum. One other word of exhortation: if you’re sermons are boring it’s probably because your life is boring. You don’t need to get a sermon, you need to get a life outside the pulpit, outside the church. You need hobbies and adventures—that will give you identification points with your congregation. It’s so easy to become insulated inside the four walls of the church. But when the pastor falls into that trap, the church does to. And a church that stays within the four walls of the church building isn’t a church at all.

K: I read in your book that “too often the church complains about culture instead of creating it.” Why do you think this is so? How can someone stir more innovation and creativity in their life?

M: I live by Michelangelo’s motto: criticize by creating. We should be more known for what we’re for than what we’re against. Let’s write better books, start better businesses, draft better legislation, produce better films. How? With the help of the Holy Spirit. Quit complaining about what’s wrong and do something about it. And don’t let what you cannot do keep you from doing what you can!

K: You frequently refer to your list of Life Goals. Talk to me about this. What are two of the most unusual goals you have on your list? Have you accomplished them, or do you plan to in the next 12 months?

M: One unusual goal is to make a movie. Honestly, it feels a little foolish even saying it because I have zero qualifications. But I put my faith in Christ after watching a movie titled The Hiding Place when I was five years old. God used that medium to impact my heart, and I guess I’d like to do the same for someone else. I’m not sure how it will happen, but I do believe it’s a God-ordained dream. So it’ll happen somehow, someway, somewhen. My goals fall into a wide variety of categories, but one key component is how many of them involve my family. I’ve stopped setting goals I can achieve by myself. Some of my physical goals include biking a century, running a triathlon, and swimming the Escape from Alcatraz. I want to accomplish those goals with one of my three children. It’s twice as fun that way! At the end of the day, I believe that dreaming is a form of praying and praying is a form of dreaming. We need God-sized goals because they keep us on our knees in raw dependence upon God. The end goal isn’t even achieving the goal, it’s who you become in the process! One other lesson learned—a dream without a deadline is dead in the water. Goals are dreams with timelines attached to them. I think you need some goals that you cannot even accomplish in your lifetime, but you also need to give yourself deadlines. Otherwise a goal list is just a wish list.

K: Mark, thank you for sharing your thoughts with me today. I thoroughly enjoyed Chase the Lion and will encourage our readers to pick up their copy when it releases on October 6th!