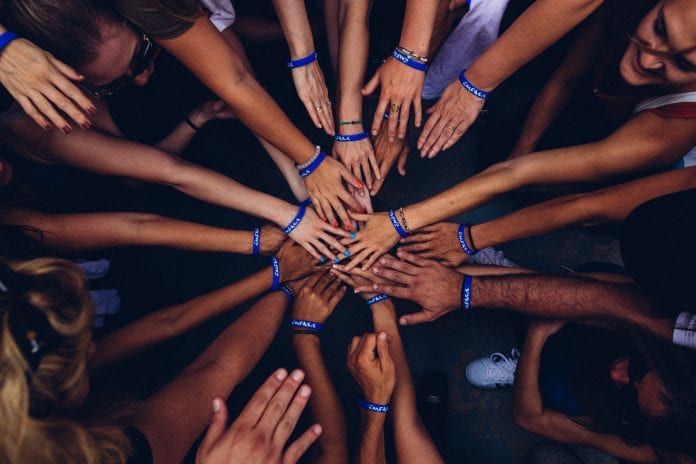 No man lives for himself. No man is an isolated island—especially not a spiritual man. A child has a narrow view of existence and sees itself as the center of just about everything. Through what is called the socialization process, this attitude is broken as the child grows older. In other words, the child becomes aware of other individuals and, in order to survive, settles into a certain social pat- tern and function. If the child re- fuses, it will experience numerous conflicts, and life will be tough. Focusing on self produces a lofty, distorted self-image. And if the- re is no correction, the outcome is somewhat bizarre, overly sensitive personalities that resemble the princess on the pea. If such people are not pruned, they will grow in the wrong direction and lose their capacity to bear fruit.

People with a strong calling can slip up here. The powerful experience of receiving a calling or word from the Lord can cause a person to lose perspective and not understand that he/she is raw material that needs to be shaped and polished, and that there is actually a lot that needs to be re- fined. A calling can never be seen as an excuse to evade nurturing

and molding. One of the best ways of being molded is to be part of a team.

Teams are found in numerous places in the Bible:

1.Moses had his seventy elders. 2.Gideon had his 300 men. 3.David had his heroes.
4.Jesus had his twelve disciples, but also sent out the disciples two by two.

Hence, there are different groups for different purposes.

What Is A Team?

A team is a group of people who have come together, forming a deeper relationship for a common purpose. First of all, they are committed to a purpose—a goal—and because of this, they have devoted themselves both to the purpose and to each other in a personal and working relationship. There may not be, except in marriage and the family, a deeper, more radical and more exciting relation- ship than that of being part of a spiritual teamwork. And its effect can be immense. Consider how the disciples Jesus trained were sent out into the whole world to plant the gospel everywhere. The effectiveness of a team is tremendous, and the dynamics very strong. No wonder spiritual leaders are attacked on this point. Often, pride and fear can hold us back from joining a team. But you will never prove your strength by trying to cope alone. In the long run, the effect of being isolated can be devastating.

Both Jesus and Paul are fantastic examples of how teamwork functions. First of all, they each had teacher/student relations- hips. A team must have a leader; otherwise, it will just dangle in the air and be inefficient. The leader needs to take his responsibility as teacher of the group. He does not need to be best at everything, but must definitely be the one who teaches and trains. (We are not referring here, to a staff meeting, a group of colleagues who occasionally come together to exchange ideas, preferably over a cup of coffee—and then each one returns to his or her own business. Teamwork runs deeper than that).

The team leader knows where the group is heading and what it should do—when, how, with whom and why. This leadership must always be executed responsibly. Thus, the teaching and leadership role is important, but it is also necessary for a genuine friendship to develop within the team, in which each one relates and gradually opens up to the others. It is not a question of one-way communication.

A spiritual leader is not flawless. Isolation may cause a leader to attempt to cover up and hide his weaknesses. This is never possible in a team, where everyday life grinds down every form of super spiritual veneer. In such a group, you become increasingly transparent, and many facades disappear. This does not mean you lose respect for each other. When people grow closer, there is a risk that they will relax and lose their respect, but that is not the case in a spiritual team.

Firstly, the purpose—the goal—is always before your eyes, creating a constructive and productive atmosphere. Secondly, the group provides protection and mutual edification. Therefore, it is the members’ responsibility to help and exhort each other, not to criticise or look down on each other’s weaknesses. Jesus never sent out the disciples alone but always in teams of at least two.

In a church situation, the ideal is for the whole church to be one big team. This is how the first church functioned (see Acts 2:42-47). The more realistic solution, however, is for the church to have smaller groups, cell groups, work groups, leadership groups and evangelism groups. Thus, there can be various kinds of teams in one and the same church, which work in different ways but under the same vision. The result is greater efficiency and better relationships. However, it is important that one thing does not exclude the other. In a church, both the small groups and the big gatherings are necessary. We need both intimacy and fellowship, meetings and great manifestations. Saying that you would rather join a small church because it offers more fellowship is an indication of selfishness. A large church has the capacity to reach out so much further. And in a large church, there are individuals and groups that can fulfill the need of fellowship if you are open and loving, and not closed and self-centered.

Let us look at apostolic teams. Without a doubt, the apostolic ministry is being restored again in earnest1 This fact is being increasingly recognized within Christendom as a whole.

One thing that characterizes the apostolic ministry is teamwork. To the apostolic ministry gift, it is the long-term effect that is important, not just the individual meeting or conference. Consequently, there is a clear tar- get orientation in everything he does. Yet, in order to accomplish everything that he feels the Lord has told him, he needs to multi- ply himself. He does this through purposefully training and raising up disciples.

In Acts 20:4, Paul refers to, So- pater of Berea accompanied him to Asia—also Aristarchus and Secundus of the Thessalonians, and Gaius of Derbe, and Timothy, and Tychicus and Trophimus of Asia. This was Paul’s team. This particular group consisted of seven men, but we know that Luke was there, too, and Paul also men- tions other co-workers on other occasions. They came from various churches—Paul picked up Timothy from Derbe or Lystra (Acts 16:1-3)—and often, these were churches that Paul had helped to establish or had a personal, apostolic relationship with. His co-workers were taken out of their local situations in order to help Paul, be trained by Paul and eventually be sent out by Paul.

We are not referring to a denominational pastors’ fellowship. These were not a few evangelists agreeing to work together a little more often. What we see here was much deeper, more farrea- ching, intimate and radical, and much more effective. There was no question of who was entitled to be part of the team. The team members did not pick themselves. Paul picked them, just as Jesus had done with His disciples. It was unthinkable for them to be part of an apostolic team without at the same time being willing to submit and open to correction. It was also out of the question for them to insist on having their own space. This was as far as one could get from a committee.

Most likely, Paul considered group loyalty to be of paramount importance, since he refused to take with him John Mark, who had previously abandoned them and returned to Jerusalem (Acts 15:37-38). In any case, Paul knew for certain who would be included in the group, how they would work and what would be prioritized. As mentioned before, in the chapter on vision, the team joined up in full numbers when Paul heard from the Lord. Most of those who worked with him did so throughout their lives, and it is moving to see how he speaks of them in his last letter, 2 Timothy. By then, some of the original team had left him, for instance Demas. The churches in the province of Asia had also left him— they probably grew too big and thought they could manage without him, or perhaps they were carried away by someone who wanted to take Paul’s place or undermined their confidence in him (2 Timothy 1:15). Nevertheless, Paul persevered to the end and kept in touch with his team, his disciples, throughout his life, until he took his final leave.

There is a noticeable difference between, on the one hand, Paul’s more formal contact with certain church leaders or somewhat stern contact with churches that quarreled and experienced problems, and, on the other hand, his intimate contact with those who earnestly followed him and gave their lives to stand together with him through every challenge and difficulty. Paul must have suffered agony over the churches that allowed themselves to be pulled away from him, star- ted criticizing him or frequently adopted all kinds of heresies as soon as he was not around. Finally, he told the Galatians, From now on let no one trouble me, for I bear in my body the marks of the Lord Jesus (Galatians 6:17). It was a heavy burden to bear with the fleshliness and betrayal of the believers—especially of those whom he had helped to birth forth.

Regarding co-workers, Paul knew that he could not carry out his work without them. Therefore, he was very pleased about the quality found in Timothy’s life. He says of him:

I have no one like-minded, who will sincerely care for your sta- te. For all seek their own, not the things which are of Christ Jesus. But you know his proven character, that as a son with his father he served with me in the gospel. Therefore I hope to send him…