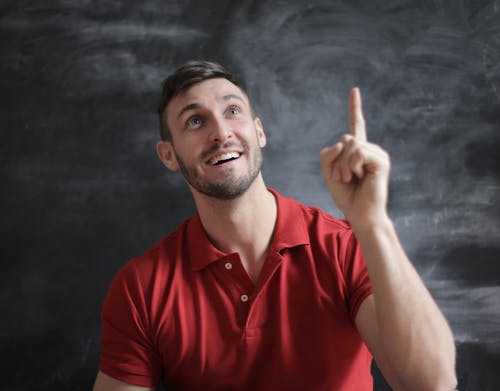 Two recent conversations have me reconsidering the notion that you’re not leading if you’re not an influencer. Now let’s be candid, even bad leaders — you know, the toxic dysfunctional ones — are influencing others whether they intend to or not.

Back when I was teaching Leadership to graduate students, the accepted number was 800+. That was the presumed number of definitions of leadership, all which incorporated some notion of influence.

Let’s go with this definition to begin our exploration:

Leadership is a process of social influence which maximizes the efforts of others toward the achievement of a goal.

· Leadership is not about authority or title or power; it’s the successful application of social influence. Regardless of position.

· “Others.” You ain’t leading if no one is following. Plain and simple.

· Nothing here about personality traits, your genetic pool or various leadership styles.

· “Goal.” Key word: if you and your organization are not moving toward a goal, then you’re not truly leading anyone anywhere.

The first conversation was among friends, one of whom was expressing her inability to understand the overarching purpose for my blogs on leadership. Seems that no amount of explication (on my part — aided by my wife) helped. Hopefully this edition will. Healthy leadership begins with a burning desire to influence for good.

The second was at breakfast this morning with a young friend. We often explore myriad trails down the leadership mountain and today was no different. As we parted, I shared this anecdote.

A dear family friend and former CNO (Chief Naval Officer — by virtue of title, he sat on the Joint Chiefs of Staff) shared a story of his ascendancy through the ranks of the U.S. Navy. Each time he was offered a new position, or often it seemed, several new opportunities, he would call his father, a career pastor and mentor of leaders. “I always knew exactly what he would say. But it was comforting to be reminded of his wisdom.” The call would go something like this, “Dad, I have to choose between new Job X or Job Y. What should I do?” And the reply was the predictable, “Well, son, which job provides you with the greater opportunity of influence for the Kingdom?”

Like my friend the Admiral, since that dinner conversation, I have used the same metric when choosing between options — options that often go far beyond job selections:

What am I doing to INFLUENCE others for the Kingdom of God?

The True North leader is one whose focus is always on finding true north on life’s moral, professional and spiritual compass: Truth. Integrity. Authenticity. Caring.

And in this case, the True North leader always seeks to influence for the good. The first good is promoting all that is entailed in the Kingdom of God. (Read Jesus for more on this one.) But there are others, right?

You know leaders who strenuously avoid conflict at all costs. Those behaviors lead nowhere good. Healthy conflict is facing issues head-on, listening to the perspectives of others, and in the end, personally valuing everyone regardless of the leader’s decision.

· Influential leaders have a strong voice and use it appropriately

Using your voice is one of the most powerful arrows in an influencer’s quiver. I’ve written often about the power of communication: for vision, purpose and caring. What we say is, despite the cultural truism to the contrary, as important as what we do. In fact, it’s the congruity between words and actions that most influence others.

· Influential leaders listen — they live in a state of empathy

Hearing is not listening. One uses the auditory organ to receive sounds. The other uses the heart and brain to interpret those sounds. Active listening is the well-practiced art of the high EQ (emotionally intelligent) leader. It means, quieting the inner voice in order to truly hear what someone else is saying. Love what Pastor Andy Stanley says, “Leaders who don’t listen will eventually be surrounded by people who have nothing to say.”

· Influential leaders are authentic — including, honesty, trustworthiness and vulnerability

“Authentic Leaders are not afraid to show emotion and vulnerability as they share in the challenges with their team. Developing a solid foundation of trust with open and honest communication is critical to authentic leadership.” — Farshad Asl, The “No Excuses” Mindset: A Life of Purpose, Passion, and Clarity

· Influential leaders are not threatened, paranoid or defensive

The healthy non-defensive leader is able to hear contrarian points of view without reacting, or worse, over-reacting. This is a balanced leader who is secure enough to allow dissent, critique and negative feedback. How refreshing to have a leader who listens, internally digests the argument, and yet still values you even if the decision does not go your way. Better, how much trust will you now invest in this leader’s decisions going forward?

Consider these characteristics required to be a healthy and positive leader:

1) Positive Influencers must be positive. Well, DUH! But wait. History is replete with examples of negative influencers who were, nonetheless, effective leaders (whether we liked the outcomes or not): Hitler. Stalin. Kim Jong-Un.

By contrast, consider Jesus. Churchill. Mandela. Whose lasting effects would you most like to emulate for the Kingdom’s sake?

2) Positive Influencers must be both individual and collective. Yes, often leadership is a one-person endeavor. Yet it’s the power of collective thinking, creativity and energy that moves forward an enterprise and, ultimately, weighs in on the success or failure of the leader. Unless you play golf or tennis, most of life is a team sport. And, as the old cliché reminds us, there is no “I” in TEAM.

After all, don’t we as True North leaders long to lead effectively? We desire to lead from the strengths of spiritual and mental health. We always hope to influence others toward the good — toward the greatest benefits for God’s Kingdom.