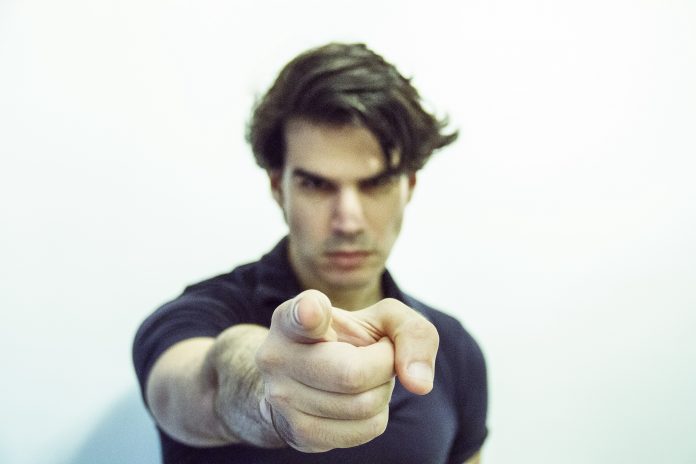 Taking responsibility for one’s actions (or inactions). How often does that happen in our world?

Blaming. Scapegoating. Passing the Buck. Call it what you will, far too many times we watch one leader after another find some convenient reason to not accept blame for their own behaviors.

Blaming has become our national pastime. Leaders point fingers; they love to throw dirt and shade.

The first recorded use of the term “scapegoat” was in reference to the Jewish Day of Atonement in which a goat was physically exiled from the camp, symbolically then, taking the sins of the tribe away from humans and out into the desert.

And here are a few more infamous “blames:”

· Pandora and her infamous box, which supposedly released all manner of evil on the world, was blamed by Zeus, who by the way, had her created as the first human female in the first place

· Similarly, Adam blamed Eve for eating the fruit that forever banned them from the Garden of Eden

So why is that leaders so often lay blame rather than accept responsibility?

The late Don Shula, coach of the undefeated 1970 Miami Dolphins, famously noted, “The superior man blames himself. The inferior man blames others.” Does that suggest all blamers are inferior?

It may simply mean that Blamers are Fearful Leaders.

Fearful leaders will never hide behind the glory and the accolades of successes. But will always, always hide their role in failures behind anyone else. Taking responsibility for one’s own decisions and actions, learning and growing from mistakes, those are the marks of a healthy leader.

The healthy leader readily accepts the blame. He only points one finger one way. Back toward himself. The blame game has far too many consequences to list here. So let’s satisfy our urge to list with what that famous “Anonymous” supposedly said about dirt-throwing: “…the only thing that happens when you throw dirt is that you lose ground.”

Blame doesn’t inspire. But it certainly does breed mistrust, unhappiness and discord. It reduces honesty, transparency and authenticity. I knew a mid-level manager who blamed the firing of a popular employee on “the administration” when all along everyone knew he was behind the dismissal. Who will ever trust that leader again?

Can we all agree that trust is a foundational cornerstone of all relationships — personal and professional? Good. Then blame can only be viewed as trust-busting, corrosive and toxic within any organization.

Blamers are low (empty?) on EQ.

Emotional Intelligence is based on a personality tank filled with empathy. High EQ leaders understand and are able to absorb and reflect the feelings of their employees and peers. The blamer only sees situations from his point of view; not others’.

Emotional Intelligence results in caring for the people around you. My new favorite leader is Bob Chapman, CEO of Barry-Wehmiller a manufacturing conglomerate worth billions. He has become the worldwide champion of a new approach to leadership. One that values each person as someone’s “precious child.” That individualized esteeming behavior creates internal successes bred from extremely high employee morale, off-the-charts creativity, risk-taking and overall business performance.

Chapman says, “When we say our people matter but we don’t actually care for them, it can shatter trust and create a culture of paranoia, cynicism and self-interest.” Conversely he’s found that his company’s success is measured by how they touch the lives of their people. “We build great people who do extraordinary things.”

The application line to work for Bob starts here.

Theodore Roosevelt famously noted, “If you could kick the person in the pants responsible for most of your trouble, you wouldn’t sit for a month.”

I wish there were a magic pill we could prescribe (or better, jam down the throat) for leaders who blame. But there’s not. Regardless, I conclude with these observations that may lead to a future vaccine against blaming leaders’ bad behaviors:

· Own your own stuff

· Do the hard cognitive work of thinking about others

· Do the harder emotional work of intentionally loving others

· Finally, force yourself to exchange blame for accountability