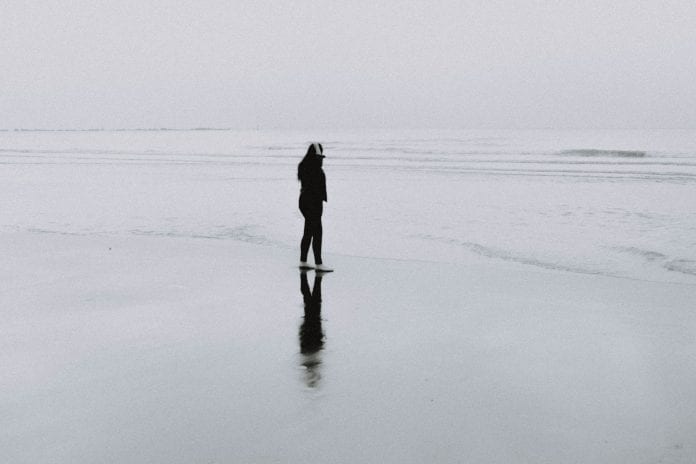 “Blessed are those who are persecuted for righteousness’ sake, for theirs is the kingdom of heaven.” ~ Matthew 5:10 (ESV)

I know we moms want to set good examples for our kids. Although I know I have failed miserably millions of times, I want my children to look up to me and the life I have lived. I was thinking about a time in my life when I just starting out in my acting career. I was playing the characters with scripts that were already written for me. After paying my dues, I created my own stand-up comedy act and was free to say things that I was passionate about. I got the control we Type A women love.

One night I was performing at a famous Hollywood comedy club with other female comics who were doing disgusting sexual jokes. All I could do was to hope for the best. People loved my jokes and the fact that I said things like “Well, we Christians are hot right now! We’re the new Kabala!” I knew I had to continue being unafraid of my beliefs and of course be good at my craft.

There was a TV producer in the audience who stopped me after that show. He said he wanted to meet with me about some possible TV opportunities based on my comedy act about my life as a “Good Girl.” He was really intrigued and thought it would be a refreshing concept for a sitcom, such as a modern day Mary Tyler Moore. We had a few meetings and he was really excited about working with me. I was really new to the comedy scene, but I knew from experience that TV and film opportunities are a big deal.

One night this producer arranged a showcase at the largest comedy club in Los Angeles for a huge Hollywood manager to see me. I remember being so nervous that night. The guy working the box office was a friend of mine and fellow comic. He saw that I was nervous and did the strangest thing. He shut down the ticket booth and reached over and prayed with me. No one had ever done that in public before. It was sweet.

I went on to have a good show; the response was positive. The producer called and the first thing he said was, “You really played that whole God card hard, huh?” I didn’t know what he meant. He continued, “Ya know you mentioned God several times on stage and that’s really going to pigeon hole you with those people.” “What people?” I asked. “You know, those Christians. If you want to make it big in this town you have to manipulate your faith and not be so open about it. I even saw you praying before the show. That’s a bad move if you want to be successful.” I was in shock. I felt like I was literally being punched in the gut. I didn’t know how to handle it.

During my prayer and Bible study, I found Matthew 5:10, “Blessed are those who are persecuted for righteousness’ sake, for theirs is the kingdom of heaven.” I thought “Wow! This is really happening and it hurts but I’m honored to stand up for Jesus for the first time in my life.” I called the producer and politely witnessed to him about how my faith was way more important than anything he or Hollywood had to offer. I knew I trusted God. He would give me all the TV and movie deals in His perfect timing. I told the producer that when I do see God, that I WANT to be pigeon holed with my people, the Christians.

I have been blessed with so many more opportunities than I could ever ask for. I have appeared on The Tonight Show and have worked in movies and on TV. And do you remember that guy in the ticket booth? Well, I married him! See? God’s good like that! I hope that by leading by example, my children will see that every time I have done what God has asked me to do, He has never let me down. It is my desire to show them that I always put God first in my life and that prayer really does work!

Kerri Pomarolli is a standup comedian, veteran actress, author and speaker. Married for nearly a decade to Ron McGehee and with two daughter, Kerri is known as Hollywood’s “God Girl.” She has shared the stage with Sherri Shepherd of The View, Jim Carrey, Jay Leno, Carol Channing and many others. Kerri is also an accomplished actress with credits that include 29 appearances on NBC’s The Tonight Show, Comedy Central and recurring roles on various television programs. Currently, you can see her on Nick at Nite’s Mom’s Night Out and on the popular web series MOMLAND. In June of 2014, Kerri appeared with her husband on The Hour of Power, which has a viewership of 42 million. Her film credits include starring in the award-winning documentary, Hollywood on Fire, with Pat Boone, and La La Land, which premiered in NYC and LA. Kerri also appears in the recently released and critically acclaimed documentary American Jesus.

Kerri is also a popular speaker and is frequently engaged for fundraisers, faith-based events, women’s conferences and corporate clients. Along with her husband, she recently headlined Glenn Beck’s Restoring Love Conference, to which more than 40,000 people attended. Beginning this summer, Kerri and Ron also became a part of FamilyLife’s I Still Do arena events.

In addition to acting and speaking, Kerri is also an accomplished author. She’s written a number of books including How to Ruin Your Dating Life and Guys Like Girls Named Jennie, which is being considered for a major motion picture. Her latest, Mom’s Night Out, is a funny and encouraging devotional inspired by the recently released hit feature film by the same name.

Kerri says her greatest joy is using the gift of humor to bring laughter and healing to others. She loves to watch as her audience is filled with hope as they laugh with her about her own mishaps and adventures in life. Her prayer is that her testimony shows others the Lord offers them the same abundant life that she has experienced. To request Kerri for your special event, please contact Amelia at [email protected] or 704-538-8957.