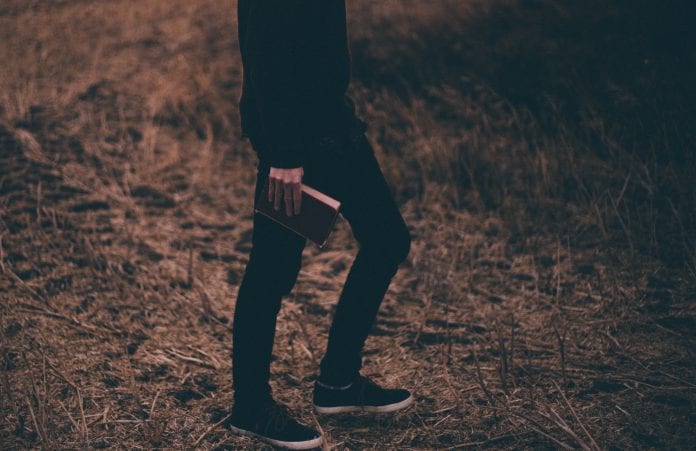 FAVOR refers to undeserved access or blessing. It’s difficult for us to comprehend in our limited minds how God masterfully orchestrates our lives with seasons of blessing and access that we do not deserve and cannot earn. Yet FAVOR abounds!

In pursuit of the abundant life, you must realize that God is always prepared to render aid to you at any moment!  For example, when people mistreat you, rather than getting angry or trying to pay them back, start saying, “Father, I thank you that your FAVOR is going to cause these people to start treating me well. “In the midst of financial struggle, say, “Father, I thank you that you’re causing me to be at the right place at the right time. You are bringing wonderful financial opportunities my way.” You will find that if you start living with the right kind of attitude, before long God’s FAVOR will begin to show up and you will experience difficult situations turn around to your benefit.

In the Old Testament, the character Job went through one of the most trying times any person could ever endure. In less than a year, he lost his family, his business, and his health. He had sores over his entire body which caused him to live with continuous pain. But in the midst of that dark hour, Job said, “God, I know that You have granted me FAVOR”. You have granted me life and FAVOR, And Your care has preserved my spirit. Job 10:12   What can we learn from Job?  We learn that the FAVOR of God can bring you out of your difficulties and turn your adversities around for good!

The Bible is full of examples of ordinary people, who were in great need, but who trusted God.  As a result of their faith and trust in God, the FAVOR of God came upon them in a powerful new way, and their situations turned around!   David said, “The FAVOR of God keeps my enemies from triumphing over me.”   Noah, facing the greatest challenge of his life had to trust God for FAVOR!  He had a huge challenge; the whole earth was about to be destroyed by a flood, and God gave him the enormous job of building a huge boat, not to mention the gathering of the animals.  The boat and the rain were things no one had ever experienced.  Along the way, people thought he was crazy, so it’s natural to assume that he probably got discouraged along the way.  Yet amazingly, the Bible says, “Noah found FAVOR in the sight of God.” In other words, God was pleased with Noah, so the FAVOR of God came on him in a fresh, new way, giving him unusual ability and focus to complete his God-given assignment. God assisted him, and he was able to build the ark to save his family, the animals, and himself.

Remember Ruth. Her husband died, the land was in a severe famine, and she and her mother-in-law, Naomi, didn’t have any food. They were practically starving to death. Ruth went out to the fields every day and followed behind the harvester, picking up whatever leftover grain they had missed. And the Bible indicates that in the midst of that adversity, Ruth found FAVOR with the owner of the field. That owner told his workers to leave handfuls of grain on purpose for Ruth. Notice again, the FAVOR of God came during the crisis, and before long, Ruth and Naomi’s circumstances turned around, and their needs were supplied in abundance.

Joseph is another biblical example of someone who found the FAVOR of God in the midst of adversity. Joseph was sold into slavery in Egypt, mistreated, and taken advantage of. But the Bible says, “The FAVOR of God was upon Joseph.” No matter what other people did to him, no matter where they put him, he continued to prosper. Even when unjustly being accused of rape, and thrown into prison; he continued to thrive. The FAVOR of God eventually caused him to be released, and he was put in charge of all Egypt’s affairs.

What am I saying to you?  What are we to learn?  In each of these examples, the FAVOR of God came in the midst of a trial!  FAVOR came in a flood. FAVOR came in a famine. FAVOR came when somebody was being mistreated.  FAVOR showed up for each of them in the midst of their greatest life challenge!  So, when you are going through tough times, like Joseph, and somebody is mistreating you, or like Ruth, you’re having financial difficulty, or like Noah, your whole world is falling apart – instead of becoming discouraged and developing a sorrowful attitude or having a pity party; that’s when more than ever, you must choose to be FAVOR-minded.  How do you do that?  Start declaring God’s FAVOR over your life!  Start expecting God’s FAVOR over your life!  As you go about your normal every day activities, understand that God’s FAVOR is available to you; and you must tap into it.   It’s really up to you!  With God’s help, you can choose to live with confidence and dare to be bold in every endeavor life brings your way!  You can ask for things you normally don’t ask for, and even view your adversities in a new way. Why? Because deep down inside you know you have an advantage in life. You’ve got an edge. You have the FAVOR of God operating in your life!

IT’S GOD’S FAVOR AND YOU HAVE ACCESS TO IT!

But you must act in obedience; your life and success is depending out it!  You must understand that there are doors waiting to be opened that only God’s FAVOR can unlock in your business, relationships, ministry, and career.  So, don’t miss the moment for which God has prepared for you just because you see yourself as undeserving!

The Bible is clear in telling us that we have to “hope to the end for the divine FAVOR of God is coming to you” (1 Peter 1:13).  This means that if we hope in the Lord, all good things shall come to us.  When good things show up, things will change in our life.  All it takes is a touch of God’s FAVOR to turn around any situation in your life.

So, today, if you are struggling financially, if someone is mistreating you or even if you are suffering from a critical illness – declare, the FAVOR of God boldly over your life while releasing your faith and believe that God wants to give you FAVOR.   You must believe that He wants to make your life better. You must know that He is there to assist you. You must remember that HE wants to provide you with special advantages and He wants to give you FAVORable treatment. “God has crowned us with glory and honor”. “No good thing will He withhold from those who walk uprightly” (Psalm 84:11).

When you realize that the FAVOR of God is upon you, it is much easier to live in confidence trusting that God will honor HIS word.  Whatever He says he fulfills. In fact “He who began a good work in us will be faithful to complete it” (Philippians 1:6).  So, always remember that God is watching the fulfillment of His words concerning your life.

Today, see yourself as God sees you — moistened clay ready to be molded by His hands and used for His FAVORable purpose.  Remember, God wants to give you FAVOR and masterfully orchestrate your life with seasons of blessing and access that you do not deserve and cannot earn.  So, accept what awaits you, walk in obedience and walk in the FAVOR of the LORD!