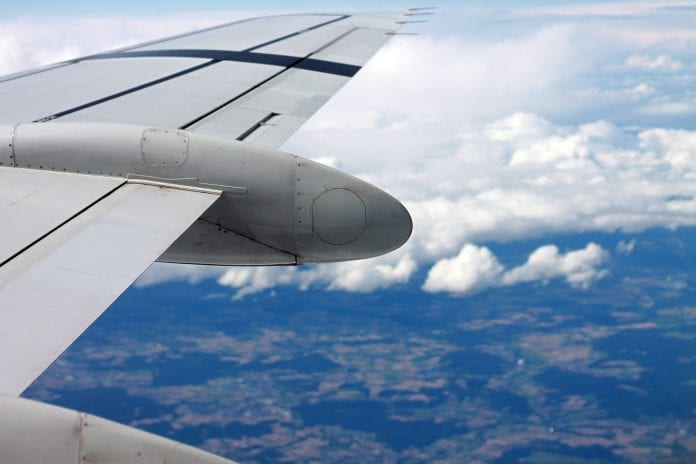 I am frequently asked: “Why does one need to travel across the world when there are people in our own communities who need Jesus?”

“Wise man travels to discover himself,” said a poet over a hundred years ago. This thought spotlights the travel aspect of the Great Commission. By sending us to the “uttermost” parts of the earth to preach the Good News, Christ was not just recruiting helpers to save the world but was releasing us to an adventure – the discovery of His fullness and the untapped potential within ourselves.

Traveling to a destination determined by you is exciting; going on an assignment from God is life-altering. Every aspect of the journey becomes filled with significance that may not always be tangible and visible, but connects you with the realm of eternity.

Not many Americans traveled to the Soviet Union in 1984. This was the year Soviet Union boycotted the Olympics in Los Angeles and the Cold War seemed to reach a new level. But a couple, whose identity will remain a mystery for a time, traveled to Moscow with Gospel tracts in their luggage. Miraculously they were able to get them through customs, and passed them out in the streets. One tract found its way to a 14-year old girl.Though she had heard of Christ as a historic figure in school, she was astounded by the simple message of great love. For God so loved the world… God loved her. He sacrificed His son for her. Her heart responded to the invitation in the tract. She read out loud the prayer outline, grateful for it being there because she did not know how to pray. In the heart of a Communist country a teenage girl was saved because of someone’s obedience.

An assignment from God will never fit the structured box of our natural abilities. This assignment is purposed to break us out of the comfort zone and therefore starts with the humbling awareness of our own inadequacy. Fear, indecisiveness, lack of experience, time, money or self-confidence create a gap between us and our destiny in Christ. Only blind faith and unconditional obedience can bridge this gap. Crossing this bridge is a part of the journey that equips us for the challenges ahead.

The teenage girl grew up. While in college she met an American pastor who was called to Russia as a missionary in the early 90s. Their romance developed as the Soviet Union was crumbling. One of their dates took place during the Russian Coup of 1993 when the Communist Parliament members occupied the Russian Parliament. The young man saved her life when she was accidentally caught in a crossfire. Soon after they were married.

She had a degree in electronics engineering and Jesus in her heart, her husband was fresh out of Bible College – not much to prepare them for ministry in a nation torn apart. God rarely calls the qualified, He qualifies those He calls.

They planned to stay in Russia forever, evangelizing the newly free post-Soviet Republics. But their ministry grew and expanded into 20 nations – Communist countries, Muslim countries, war zones, earthquake areas and even to the official “end of the earth.”

Whether they were delivering medical supplies to the hospitals in Baghdad, helping victims of the earthquake in China and Nepal, breaking down intellectual barriers in France or distributing food to the refugees in Kurdistan, she always remembered the couple whose obedience gave her a chance to accept Jesus.

The couple also opened their outreaches to thousands of Christians in the US and Canada who joined their teams to fulfill their own calling in the Great Commission. They watched people, from young children to 90-plus-year-old seniors, answer that same stirring that God once placed in their hearts. They knew from their own lives that God will use anybody who is willing to say “here I am, use me.” They felt that the power of a personal testimony of a saved man or woman could reach the hardest of the hearts and they encouraged their team members to do so, regardless of their past, education, experience or the lack of thereof.

On a snowy winter day in Russia a new team member, Alexander, pulled the couple aside before the service. He severely stuttered as he spoke. He told the couple that he wasn’t sure why he came to Russia, except that he had felt a strong nudge from God. Because of his speech impediment he couldn’t share any testimonies, but he would pray. The couple could tell he was quite shaken and prayed for him.

The evangelistic service was held in an old movie theater. The heat wasn’t working and everyone was bundled up in warm coats and big furry hats and you could see people’s breath rising from their lips. But the theater was packed. The Russian people came to hear the Gospel after being forbidden to believe for over 70 years.

As the schoolteachers and doctors, hairdressers and mechanics, shared their stories of God’s power working in their lives, the room was warming up with excitement and cheers. A preacher was getting ready to deliver an evangelistic sermon, but suddenly, Alexander asked to speak.

He had been an alcoholic who caused a drunk driving accident. His wife and son died in that accident. The tragedy led him to Christ and his life was changed, but the guilt and the shame of his past had a powerful hold on him. As he spoke, tears streamed down his cheeks and the crowd wept with him. Alcohol abuse had been a great tragedy for many Russian people and many in the audience related to his story. Strangely, the more he spoke, the less he stuttered. At the end of his story, his voice became strong and fluid and he invited those who wanted to be delivered from their addictions and strongholds to come forward and accept the saving grace of Jesus Christ. The entire movie theater rose to their feet. The some team members lined up in front of the stage to pray with the new converts, while others were opening the boxes with New Testament Bibles to hand them out to everyone who was willing to take one.

Alexander lost his stuttering in that service, along with the guilt and shame of his past. Hundreds of Russian people found Jesus and freedom in Him.

I will forever be grateful to the American couple who traveled to the Soviet Union in 1984 and changed my life forever. I did not get to see their faces because they handed that tract to my brother. I don’t know if they got to see the fruit of their work while in Moscow. I don’t know if they got to preach a sermon, share a testimony, lead someone in a salvation prayer?

One day I will be able to come up to them in Heaven and tell them, “Thank you for obeying the Lord. I am a life that was saved through your courage and obedience.”

I look forward to meeting in Heaven people from the world’s “hot spots” who gained eternity with Jesus through our ministry, World Missions Alliance, and millions of Bibles we distributed in these countries. But it all goes back to that Gospel tract in Moscow in 1984 and someone willing to travel.

The call to the “uttermost parts of the earth” moves us to the next step in our walk with God. Chuck Todd, my husband, co-founder and president of World Missions Alliance, says a mission trip is a date with God. Traveling outside of your comfort zone, to the place of unfamiliar culture and language brings you to the place of vulnerability and intimacy with God equal to the one that inspired King David’s psalms.

This is essential for every Christian to experience and this is why, even though there are always people at arms-reach needing Jesus, we go when God invites us. Who would turn down an invitation to a date with God?

It begins with a stirring of the spirit, a sensation, a feeling that starts small but eventually becomes overwhelming. This stirring can be ignored or suppressed, but it cannot be quenched. It defies logic; it contradicts the desires of our flesh. It eventually becomes a nuisance until you are willing to obey.

Each one of us is unique in destiny, but we have common needs as the same species of God’s creation. We are fueled by passion and driven by purpose. Without either, life dwindles into a meaningless existence.

A journey outside the comfort zone on an assignment from God leads to both. It is worth the investment of time, finances and efforts, because nothing else can give you a more fulfilling return. Are you ready?

Helen Todd is a gifted communicator who speaks three languages and connects easily with the audience. Her uplifting and inspiring messages are centered around her extraordinary experiences in the world’s “hot spots,” overcoming the challenges, balancing a calling with raising a family and many others.She is a frequent speaker in conferences and assemblies, churches and retreats, a contributing writer to Christian and secular publications, and has been a guest on TBN, Daystar, TCT, Oasis Network, Jim Bakker Show, KY3 Morning Show and other television and radio programs.

Learn more about Helen and World Missions Alliance at http://www.rfwma.org.