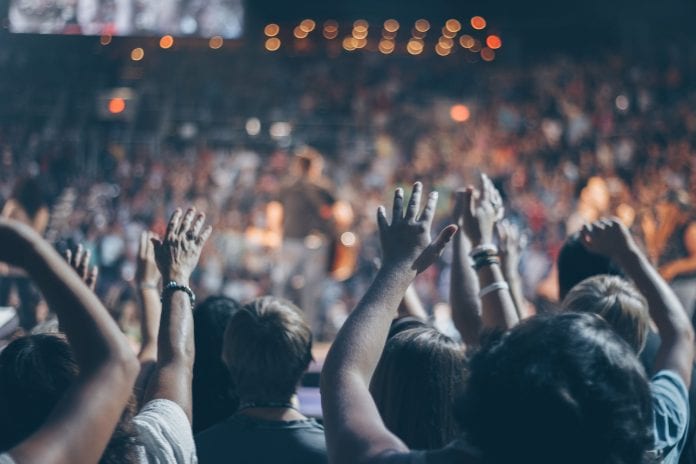 Let’s say you wanted to start something. Something big. Not hundreds of people. Not thousands of people. Not even millions. We’re talking billions of people. A movement. A revolution that would spread in every language to all corners of the world. And to accomplish this you had endless resources. We’re talking never-emptying bank accounts. Extensive databases of people and contacts. Cell phone numbers of all the movers and shakers around the world. If that weren’t enough, you can actually control time. You can take however much time you need to get this thing off the ground. You can start this movement at any point in history. The past and future are at your fingertips! So how would you start? What strategy would you take?

I think most of us would hire the best people. Put together extensive plans. Marketing strategies would be laid out. Board rooms would be full of suits and catered lunches. Private jets would be rushing the globe for meetings between political who’s who. You may begin writing books, producing TV commercials, and putting together social media campaigns. Thousands mobilized. Billions of dollars spent. Every resource utilized until the world heard the news of this movement. Logos pasted from Times Square to a children’s soccer field in Kenya.

Most of us would approach it this way. It makes sense. Unload all you can think of to spread the word, and don’t stop until it happens.

But somehow God passed on this brilliant strategy. In fact, he did the opposite.

He chose to start two thousand years ago. He came in a time with no social media. No cell phones. No cars or planes. The printing press wasn’t even invented. There was literally no way to get the word out other than by talking to people or handwriting them a note. Not exactly the best time to come for worldwide communications.

He came through a teen mom. Through an impoverished family. Born in a dirty manger. He grew up working with his hands. He was not in society’s inner circle. He was not well connected or networked with the elites of the day. Not exactly the social structure you’d want to be dropped into.

Not only that, but after growing up in this inopportune time, he chose to give himself three years to launch his movement. Three years! And in those three short years, he chose to lead twelve very unremarkable people—whom we’ll discuss later. Then he willingly died in front of them. A brutal death reserved for criminals. There’s a leadership curve ball for you. Not a strategy I’d employ in starting my movement.

After this, his beaten-down and confused disciples scattered.

But then he came back to life! The movement was literally resurrected. His disciples were amazed and over- joyed to see their friend and leader return. Now this was a good idea! Get their attention, and then lead the movement to success. But what did he do then? His last words to his followers were:

“Go and make disciples of all nations, baptizing them in the name of the Father and of the Son and of the Holy Spirit, and teaching them to obey everything I have commanded you. And surely I am with you always, to the very end of the age.” (Matthew 28:19–20)

“Alright guys I’m outta here. But make sure to tell and train everyone on earth to obey the commandments I never wrote down for you. Hopefully a few of you took notes. But don’t worry! I know you are watching me leave you, but I’ll be right here,” he adds as he taps his fist to his chest. (The Official Ryan Romeo Translation)

Then he left. He flew away, leaving his disciples befuddled, standing and staring into the sky. And they were to take this message to “all nations” when they had no way of traveling the world. He left them with an impossible task.

This is not the way to start a movement.

The church began with a man whose trust in God was so deep and profound that he employed no earthly logic to start it. He could have walked with the disciples for decades and slowly transferred leadership to them as they learned the ropes and earned their place. He could have written books and hosted luncheons. But he didn’t.

Our movement began on the foundation of the miraculous. God built a scenario that was literally impossible to conquer, and he conquered it. In a small, dirty, violent corner of the world his movement started. With no fanfare he began his movement in the most unlikely of times. For all intents and purposes, it should not have worked. But amazingly enough, it did. And this is just the beginning of our story.

Ryan Romeo is an artist, worship leader, writer, and speaker. He has a deep passion for the church and all things creative. He currently works at his local church and is the Creative Director for the OUTCRY Tour. His book, OUTCRY: New Voices Speak Out About the Power of the Church, can be found everywhere books are sold.