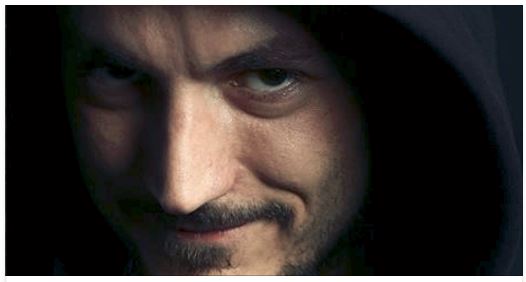 Written by: Prophecy in the News

How can you tell if someone is truly wicked?

I have always thought you could tell by looking into a man’s eyes. But, a man’s actions always speak louder than his words. Most time you will find that his words are total lies, and you may find that you are the one who has been deceived. Be wise, don’t let the devil overcome and allow you to be deceived.

In the Bible, the psalmist describes two sides of the character of a wicked man in Psalm 10:2–11. Structurally each description is five verses long and ends with the inner thoughts of the unjust oppressor, “He says in his heart” (10:6, 11). Two words summarize these wicked oppressors: arrogant and aggressive. Their pride and violence spell disaster for anyone who stands in their way.

First, the wicked oppressors are arrogant. The trouble they cause flows out of self-importance.

Where does this abusive pride come from? For one thing, they forget that the rich and poor were both created by God. We did not make ourselves. We did not choose which family we were born into and the opportunities we were given. We did not decide how intelligent we would be, how wise we would be, how self-motivated we would be. All this is from God’s hand.

The writer of Proverbs says in Proverbs 22:2 (KJV) “The rich and the poor meet together; the Lord is the maker of them all.” The wicked forget this. They like to view themselves as self-made men, like sharks made to swim at the top of the food chain. This pride is Darwinian at its core—a survival of the fittest that grinds the poor into the dirt. And in their arrogance, they think God will never do anything. They have nothing but contempt for God and laugh at any idea of judgment.

Many evil men do not worship God. Some use God to hide behind, but both types of these men only worship themselves.

Psalm 10: 3, 4 (KJV) “For the wicked boasteth of his heart’s desire, and blesseth the covetous, whom the Lord abhorreth. The wicked, through the pride of his countenance, will not seek after God: God is not in all his thoughts.”

What does it mean to boast in your desires?

That is an unusual phrase. The wicked are proud of their desires. Their cravings are a virtue. After all, didn’t they succeed because of their will to win? Their greed got them where they are. They desire to be better than anyone else, to always be first in everything they do. They are pure evil, only thinking of themselves, cutting down anyone in their path, sometimes by their actions and sometimes by their words. Mocking and ridiculing others, all while praising themselves. As a Christian, don’t be deceived by evil people who act this way.

The evil spirit of materialism declares that greed is a virtue, the foundation of success. This is the mind-set of a man who boasts of the desires of his soul. They boast because they believe it is a good thing never to be content, never to be satisfied, always to want more. And in their greed, they grind other people into the ground to get what they want.

Greed and pride can turn your heart away from God. You may have grown up knowing the Bible; you may have worked much of your life in a church or in a ministry, but a truly evil person is only living for themselves.

Jesus said in Mark 8:36 (KJV)…“For what shall it profit a man, if he shall gain the whole world, and lose his own soul?”

You might assume that someone who openly rejects God or even quietly within their own soul would be struck down by lightning, but atheists often prosper. People who give themselves to gathering money often get rich. And because they have laughed at God and have still been successful, their arrogance grows. They assume that they must be invincible.

Psalm 10:5 (KJV) “His ways are always grievous; thy judgments are far above out of his sight: as for all his enemies, he puffeth at them.”

Because he is affluent, he is convinced that nothing can touch him. He has the latest tech gadgets; he drives a flashy sports car; he goes on the best vacations and he boast of having the finest of everything. Success has blinded his eyes to God’s judgment—it is too high for him.

Here is what he thinks in his heart of hearts:

He says in his heart…Psalm 10:6 (KJV) “…I shall not be moved: for I shall never be in adversity.”  Adversity meaning difficulties, misfortune, trouble, hardship.

The wicked man is thoroughly deceived. He thinks that the blessings God reserves for the godly belong to him! It is the blameless man who shall not be moved.

Psalm 15:5 (KJV) “He that putteth not out his money to usury, nor taketh reward against the innocent. He that doeth these things shall never be moved.”

Psalm 16:8 (KJV) “I have set the Lord always before me: because he is at my right hand, I shall not be moved.”

The wicked “are like chaff that the wind drives away” Psalm 1:4 (KJV). “The ungodly are not so: but are like the chaff which the wind driveth away.”

The wicked man is not only arrogant and proud, he is aggressive and sometimes violent. This is the second part of the psalmist’s description.

A wicked man’s words are like a spark that ignites violence. In fact, sins of the tongue are the most common kind of violence in the Psalms.

“I think that when I began to read it, these surprised me a little; I had half expected that in a simpler and more violent age when more evil was done with the knife, the big stick, and the firebrand, less would be done by talk. But in reality, the Psalmists mention hardly any kind of evil more often than this one, which the most civilized societies share. One almost hears the incessant whispering, tattling, lying, scolding, flattery, and circulation of rumors.”

Evil shows itself most often in verbal violence. You see it every day in post and comments on Facebook and other social media. You see it on television. The Apostle Paul quotes Psalm 10:7 to show that everyone, Jews and Gentiles alike, are under the power of sin.

Romans 3: 13, 14 (KJV) “Their throat is an open sepulcher; with their tongues they have used deceit; the poison of asps is under their lips:

Whose mouth is full of cursing and bitterness:”

James 3:6 says… “And the tongue is a fire, a world of iniquity: so is the tongue among our members, that it defileth the whole body, and setteth on fire the course of nature, and it is set on fire of hell.”

The wicked man is treacherous. He cares nothing about the people he attacks.

For one thing, his heart is bad. In Matthew 12:34 (KJV), Jesus said, “…for out of the abundance of the heart the mouth speaketh.” His words are full of “cursing and… oppression” because his heart is full of cursing and oppression. His very nature is to use whatever power he has to use and exploit others.

Or do you presume on the riches of his kindness and forbearance and patience, not knowing that God’s kindness is meant to lead you to repentance? But because of your hard and impenitent heart, you are storing up wrath for yourself on the day of wrath when God’s righteous judgment will be revealed as spoken in Romans 2:4, 5.

If God doesn’t stop you or strike you down when you sin, don’t think this means he doesn’t know or doesn’t care.

Romans 2: 4, 5 (KJV) “Or despisest thou the riches of his goodness and forbearance and longsuffering; not knowing that the goodness of God leadeth thee to repentance?

But after thy hardness and impenitent heart treasurest up unto thyself wrath against the day of wrath and revelation of the righteous judgment of God;”

God is kind and patient, and he offers the evil one every opportunity to turn away from his sin. The wicked mistake God’s patience for negligence. The godly recognize God’s kindness and run to him, but those who are evil are truly arrogant and aggressive in everything they do.

What they don’t realize is that a wise man can see right through them.