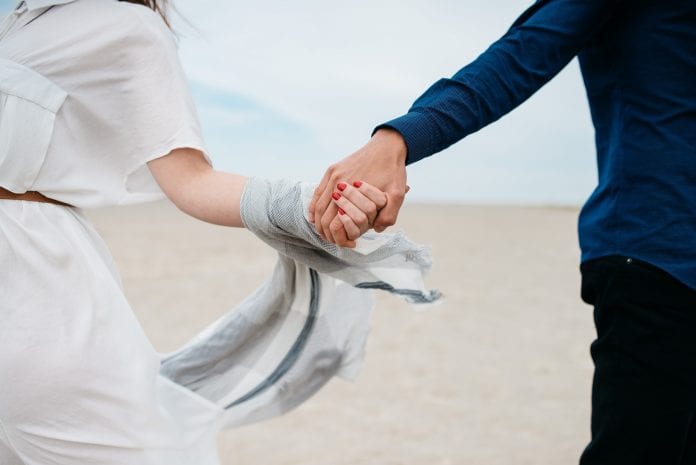 Dave & Marni Thurston 1987 and have been in ministry together since. Their dream of taking their family of five sons on the ministry came true in January 2004.

The Thurstons have shared the stage with many Gospel Music icons, such as The Booth Bros., Signature Sound, Triumphant, The Perrys and The Hoppers. They have had top 40 radio charting success with their songs, I Am Blessed, God’s Word Will Stand, and God’s Been Faithful.

The have also been National Quartet Convention have eight recordings to their credit.

Although based in Holt, Michigan, they travel to many different states, sharing the gospel in churches, auditoriums, fairs, festivals amphitheaters.

“We enjoy singing in concert settings and sharing the stage with many of our friends in Gospel music, but our heart is for the local church,” says Dave.

“We’ve reached a new season . lot to share,” says Marni. “In the , we financially and tough marriage days. We have raised five sons with them on a bus forty-five weekends of the year–all while hold everything else together. There were days that I didn’t think we were going to make it and just wanted to quit. These experiences are real and what day. If we can share from our experiences, encourage someone and testify of how God’s grace sustained us and brought us though every time, God will be glorified and the church body will be edified.”

“We’ve experienced the Power of God in our services,” says Dave. “I have lost count, but I remember 1,600 people saved in our services. We Praise God for this. I and ministering to an entire family was over. That’s what it’s all about.”

The has always been Family, Music & Ministry. That focus remains the same. However, over the past few the boys have grown, married, have children of their own and now in their own respective churches

Although the family setting on , up of The remains a one.

In September 2013 the power house vocalist, Monty Bishop, Dave & Marni solid Thurston . Monty has been a friend for over thirty years, “so it feels like family,” Dave says.

“After some time off the road to raise my family, it’s an honor to be back out on the road and be part of this powerful ministry,” says Monty. “Prior to joining this ministry, I would often attend a Thurston event. I was always encouraged in my own walk with the Lord as a result of attending their concert or service. Dave and Marni are the real deal and it’s a privilege to be in ministry with them.”

Monty brings over thirty years of solo ministry and church work The stage, great deal to their concerts and services.

Dave & communicators to the audience . They Holy of Christ and uplift the Name of Jesus through their music and testimony

, sincere hearts and the ability to deliver the Word of God in song and testimony this group very effective while on the platform. Their music and presentation of the word of God inspiring and their energy is contagious.

Here is what Bishop Tim Hill has to say about The Thurstons:

“ and talented ministry team. Their close family harmony combined listener, keep the in high demand as a great Gospel Singing Group. I give them . You will be blessed when you hear them.”

Learn more about The Thurstons by visiting their website at www.thethurstonfamily.org