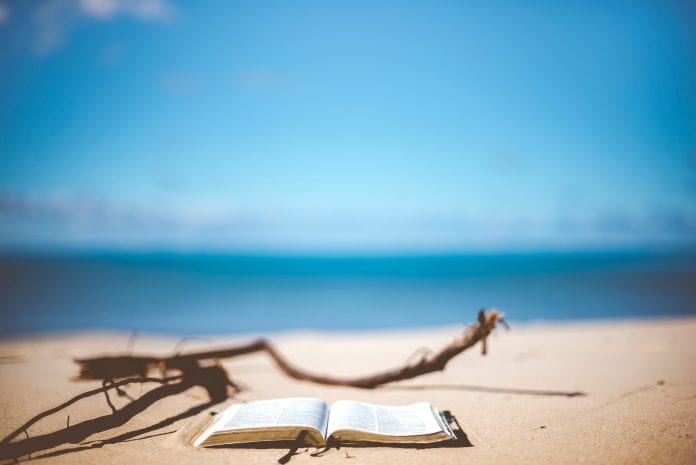 In 1984 I answered God’s call to ministry and founded Whole Life Ministries based on a vision He had given me. One part of the vision included a healing ministry. The Lord instructed me to establish healing teams and a healing center. In order to establish a strong foundation for the healing ministry, I took an entire year to teach my church the Word of God concerning healing. As I taught, I began to see my church members healed, proving the healing power of God’s Word. Those who had a heart’s desire to serve in the healing team ministry committed to intensive study of the Word. Team members were also trained concerning professional behavior and rules for interacting with patients and the community.

Our healing teams have truly impacted our community, as they go into private homes, hospitals, and other medical facilities. This has given us the opportunity to connect with physicians and nurses who refer people to us. I have also been privileged to teach students at our state medical college “another side of healing” using the Bible as my textbook.

Our healing team members are trained and equipped so that when pressures arise, the Word immediately begins to flow out of them with its healing, restoring power. We saw this so mightily with a young lady named Samantha who had been pronounced brain-dead. Her physicians were pressuring the family to take her off life support and let her go. Before agreeing to that, the family called and asked for a Healing Team to come. On arrival at the Intensive Care Unit, our team encountered a pale young lady on a ventilator with no signs of life. Despite ongoing distractions from medical personnel and family members, the Team began to administer the medication of the Word. Samantha’s eyes opened, and she began to follow the Team’s movements with her eyes. When the team left, they knew the power of God’s Word was working in her. Four weeks later, Samantha showed up at our Healing Center. She had come by to show us what the Word of God had done for her. She had regained all of her mental faculties and ability to speak. Although she came in a wheelchair, by the time she left, she was walking! Samantha is one of several brain-dead people we have seen the Lord heal.

I held the vision for a healing center in my heart for years, waiting for the Lord to let me know when it was time. While attending a Kenneth E. Hagin conference, he pointed to me and said, “God says it’s now.” I began to make preparations and we opened The Healing Center in January 2000. We were honored to have Dr. Hagin come dedicate the facility to God and pronounced his blessings upon it.

The Healing Center is attended by people from across the country and from many nations. Repeatedly, people tell us that when they enter the facility they sense the peace and presence of God. It is a beautiful, Christ-centered facility where God and His Word are exalted. The concept is very simple. We teach participants the truth and power of God’s Word to heal them and transform their lives. For example, Isaiah 53:4-5 tells us that Jesus already bore our sickness and carried our pains and that by His stripes we are healed. Matthew 8:17 confirms that word. And 2 Peter and no longer needed to be on any medications!

We work in harmony with the medical community. We encourage participants to continue to see their physicians and take their medications as prescribed. We teach them to pray for their physicians to receive God’s wisdom concerning their care, and we teach them to pray over their medications. For instance, we teach people how to go through chemotherapy and radiation without adverse side effects by believing and confessing God’s Word. An excellent example was a lady who was going to receive a powerful combination of chemotherapy drugs. The physician had told her that she would become violently ill as soon as the medication began to be administered, and they assigned nurses to care for her during the infusion. She completed anointing with oil and laying on of hands. However, our main emphasis is to teach people how to stand on the Word of God and believe for themselves rather than depending on others.

God has greatly blessed us by allowing us to teach the magnificent healing power of God’s Word and see people set free from sickness and disease. We are privileged to teach other churches and ministries how to establish healing teams and centers in their communities as well as teaching through national and international television and internet. I believe we are simply carrying out the mandate of the Lord: “Go ye into all the world. Preach the gospel and heal the sick!”

Dr. Sandra Kennedy is the founder and president of Sandra Kennedy Ministries, as well as the founder and Senior Pastor of Whole Life Ministries. A graduate of Southwestern Baptist Theological Seminary, Dr. Kennedy is one of the first women in the nation to be ordained by the Southern Baptist Convention. Dr. Kennedy, along with Whole Life Ministries, has established a reputation of trust and integrity, and both are regarded as pillars of the community.

Under the inspiration of God, Pastor Sandra established The Healing Center, a wonderful place where the Word of God is exalted, the healing power of God is manifested and the love and compassion of Christ is demonstrated. The Healing Center teachers are specially trained to minister the healing power of God’s Word. National and international participants numbering in the thousands have personally received this specialized ministry and numerous reports have been documented of various healings, including cancer, stroke and diabetes, as well as the re-growth of body parts. In addition to the Healing Center, Healing Teams consisting of individuals specially trained to minister the healing power of God’s Word are sent to the hospitalized or homebound. The Healing Teams are now welcomed in over 16 hospitals within a 100 mile radius of Augusta, Georgia.

Dr. Kennedy is passionate about teaching the Body of Christ to live victoriously by applying the Word of God to their lives, both individually and corporately. Weekly teaching programs air on several networks around the United States and internationally, including The Word Network, The CHURCH Network and Holy Land Broadcasting. Her radio ministry also reaches a world-wide audience through internet radio at Word of Faith Radio, airing each Saturday from 1– 2 p.m. (EST)

Dr. Kennedy has authored numerous books including, “Preparations for a Move of God,” “Hope for the Heart” and “The Magnificent Word of the Lord.” She is a sought-after conference speaker, and she has shared the Gospel in many nations around the world including Russia, New Zealand, Germany and China. To invite Dr. Kennedy to minister at your special event, visit www.SandraKennedy.org