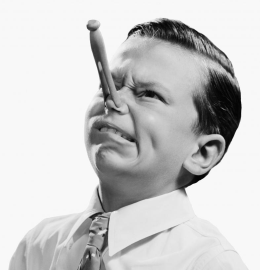 Ok. Seems like a strange topic for a leadership blog.

But stay with me for just a few more lines.

Ever walked into a room and enjoyed the whiff of a beautiful perfume? Or a steak? Or conversely, walked into the locker room at the gym and (while making a face) held your breath until you found an empty locker?

See where I’m going with this?

Good leaders should leave behind an attractive and inviting scent when they leave the room. We should have an impression like, “Now there’s integrity.” Or, “What honesty!” Or, “She could have really nailed that guy. His report was so filled with errors. But she didn’t. She was gracious and kind.”

These days it’s a really good thing no one ever invented the long-predicted smell-a-vision. Our TVs, iPads and phones would be reeking beyond imagination. How many times do we watch or read stories about yet another example of failed and rotting leadership? A whiff of that stench is so hard to take.

It’s come to a point where we expect the worst. In fact, too many denizens of social media seem to sit on their haunches ready to pounce and proclaim a leader’s pronouncements or actions or failures to all the world; and with their own often lurid and graphic analyses attached — verified or not. Don’t know what good that schadenfreude serves.

Our leadership culture is most definitely sick. Wretchedly sick. And in some cases, terminally ill.

And there is always a sense of relief when what has been done in secret comes to light. When what was suspected is confirmed. When what was damaging and injurious appears to be on the road to remedy.

But what does it say about a leader’s followers who instantly join the chorus of social media jackals, tearing away at a yet-breathing carcass? Perhaps that their wounds are so deep and fresh that the human response goes beyond outrage? This may be a moment to reflect and allow ourselves to process. That press pause stage helps us avoid extreme rushes to judgment or conversely, premature efforts at forgiveness.

Let’s get back to my fragrance metaphor.

What might it look like if the victims and injured reframed their rejoicing into helpful and healthy problem solving? I’m certainly not suggesting we forgive and forget with no consequences. (Although forgiveness may be one of the most powerful reactions ever; but that topic for a later blog.)

No, what I’m searching for is a balance between vengeance and accountability. A way to pay for wrongdoing without the death penalty (metaphorically speaking, here). Weighing the gross tonnage of grotesque behaviors against reasonable retribution. What might that look like for you?

Personally, I’d like to leave every room I exit (literally or metaphorically) and leave behind a scent of admirable decency. Of caring about the people I was with. Of having dealt fairly and even-handedly with those involved.

Years from now — heck, days from now — I’d like the people with whom I interact to remember me for being a healthy, helping and hopeful leader. One who cares deeply for his team.

Now that’s a cologne worth wearing.