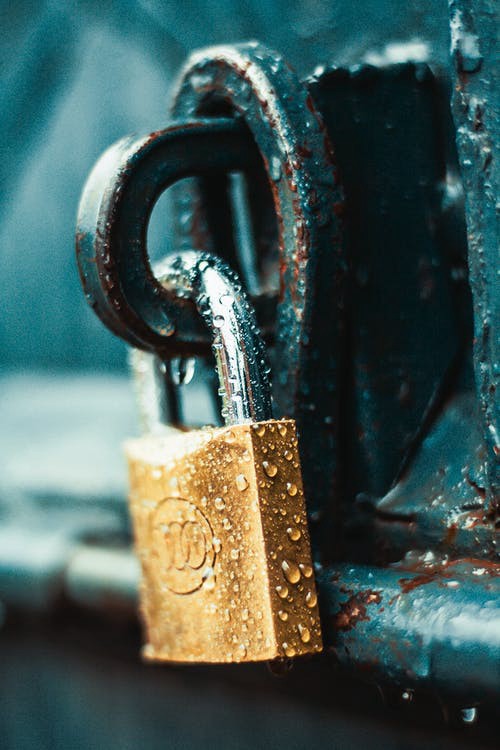 It ain’t what a man don’t know that makes him a fool, but what he does know that ain’t so.

No. But you’ve witnessed it. Maybe, many times.

The Dunning-Kruger effect is what psychologists call a cognitive bias (more on that below). People erroneously overestimate their abilities or knowledge in a specific area. Typically, this occurs because of a real lack of self-awareness that blocks their capacity of self-assessing their own skills.

With apologies to Drs. Dunning and Kruger, moving forward, I’m going to shorten this phenomenon to DKE. Sorry, I’m just lazy that way.

In a 1999 study the researchers found that people who are unskilled are often also simultaneously unaware of their incompetence. Here’s the abstract of their study, verbatim:

People tend to hold overly favorable views of their abilities in many social and intellectual domains. The authors suggest that this overestimation occurs, in part, because people who are unskilled in these domains suffer a dual burden: Not only do these people reach erroneous conclusions and make unfortunate choices, but their incompetence robs them of the metacognitive ability to realize it. Across 4 studies, the authors found that participants scoring in the bottom quartile on tests of humor, grammar, and logic grossly overestimated their test performance and ability. Although their test scores put them in the 12th percentile, they estimated themselves to be in the 62nd. Several analyses linked this miscalibration to deficits in metacognitive skill, or the capacity to distinguish accuracy from error. Paradoxically, improving the skills of participants, and thus increasing their metacognitive competence, helped them recognize the limitations of their abilities.

Ever met anyone fitting this description? Let’s dig into the DKE specifically as it relates to leaders. As always, my hope here is to be both prescriptive with helpful suggestions how to work with someone like this, or more personally, how to help you — should you see your own behaviors in play here — work your way out of the DKE morass.

Let’s begin with a contrast. Last year I blogged about Imposter Syndrome, Is Your Boss a Fake? How to Know for Sure. You know, the leader who secretly knows they’re not fit for the position they hold, but desperately don’t want anyone else to discover their subterfuge.

Well, DKE is just the opposite: in this case someone believes they actually do know more than they really do. The researchers call this a cognitive bias: the leader afflicted with the effect not only overestimates abilities but is equally unable to recognize this error in thinking.

What does this look like in a leader? Someone who “resides” at some point on an incompetence scale but doesn’t know it — in fact — thinks just opposite is true will tend to:

· Vastly overestimate their own skill levels

· Fail to recognize the genuine skills and expertise of others

· Rarely see their own mistakes and lack of skills

The boss infected by the DKE “virus” will seem conceited yet clueless to everyone. Or it may be a co-worker who overestimates their value to the organization, or thinks they’re the boss’ pet or the star player in the department. These are difficult folks to work for or with because they’re not open to your ideas or strategies. Since they can’t judge their own true abilities — and thus overall value to the enterprise — they’ll be unable to see yours either.

Don’t wait on this boss to applaud your efforts or advocate for your promotion or recognition.

The Effect occurs in every spectrum of life and business.

· Sports: Think of the high school quarterback who believes he’s the finest athlete since Tom Brady but never receives a college scholarship offer.

· Music: Or consider the aspiring singer on American Idol whose audition only made it on air because of the absolute hilarity of their pitiful performance. Yet nearly every one of these contestants was shocked (feigned shock?) by the judges’ rejection. I admit, I do miss Simon Cowell’s acerbic responses.

· Politics: Most familiar to us all, consider that uncle who thinks he knows everything about a particular candidate or political race. One study showed that people with a below‐average knowledge of politics often rely on cues from partisan sources to gain political opinions, which can lead to rational ignorance and further political polarization. And noxious family dinners!

Let’s take a quick look into the why of DKE. Why won’t some people simply admit they’re wrong rather than deeply digging their heels into the ground? Why do they stubbornly refuse to allow for a change of mind or heart? Here, for your consideration, are a few possibilities:

· Cognitive Dissonance. You know, that mental discomfort one feels while simultaneously holding two or more contradictory beliefs, ideas or values. We humans love the tranquility of cognitive consonance, so to achieve that nirvana-like state, we have to change something in our preconceived opinions. For example, I know smoking is bad for me; it’s probably even killing me. But I’m hooked. I like it. And I’m not going to stop. So how do I rid myself of the pesky dissonance? Most likely, I’ll reframe the health threats and rationalize that since great grandma smoked and lived into her 90s, so will I. Problem solved. Sadly, resolving cognitive dissonance — the tension between beliefs and behaviors — often results in belief changes, not behavioral adjustments. And once the dissonance is resolved, there are few options for mind-changing.

· Confirmation Bias. I wrote about this leadership illness several months ago. This is what happens when someone has the tendency to interpret any new information as a confirmation of existing beliefs or ideas. So, this person only absorbs media — for example — that have the same built-in perspectives they already agree with. Why challenge your personally held set of assertions with anything contradictory. Good grief! We see this everywhere today. Don’t believe me? Open a Twitter account. Once a mind is “made up” via confirmation bias, I’ve found it nearly impossible to change someone’s thinking.

· Pathological Narcissism. And yes, I’ve also written on this topic. This is the disease that infects leaders with a pervasive pattern of grandiosity, a constant need to be adored all wrapped up in an utter lack of empathy for others. The narcissist can’t abide criticism, they must always be right — certainly in their own eyes, and because they’re always the smartest person in the room, they will always proclaim they know more than they actually do. And since they never take responsibility for mistakes or egregious wrongs, their default is to always blame others. This disorder is dangerous (thus the diagnosis of “pathological”) and requires intense psychotherapeutic interventions to overcome.

· Group Think. Out of a desire for conformity or harmony within an esteemed group of peers, family or friends, critical or independent thinking is lost. “Agreeing at all costs” may seem to create group cohesiveness but it can also lead to peer pressured decisions. You know this “don’t rock the boat,” “get along at any cost” person, and you know that influencing a change of their thinking proves very difficult.

· Pride and Ego. A lesser sin than narcissism’s long list of symptoms perhaps, but equally damaging to relationships. Standing one’s ground when clearly wrong because, to admit otherwise, might be seen as weakness or worse: ignorance, is a sad choice. Yet many leaders will fail to change opinions because of this deadly sin.

How do I know if I have the dreaded Dunning-Kruger effect? And what can I do about it?

2. Nevertheless, honestly examine areas of your life and expertise in which you feel 100% confident. Then acknowledge the possibility that you may not always be right. How does that feel?

3. Find a safe confidant and ask, “Do I ever act like I know everything when you know I don’t?” A trusted friend who speaks the truth is worth more than gold.

4. Maintain a lifelong learning perspective about everything! Even when you think you’ve exhausted Wikipedia on a subject (see me smirking here), dig deeper. Cultivate a hunger to grow and discover. The more you learn, the more you’ll realize you don’t have all the answers.

5. In the privacy of your own mind and heart, get in the habit of questioning what you believe. Trust me, the authentic will always win. All truth is God’s truth. That’s what you’re seeking.

The True North leader is one who constantly challenges the processes around them. That includes self-challenges. Intentionally ask God’s Spirit to shine His light on areas in your mind that hide darkened areas of bias, prejudice, and even expertise.