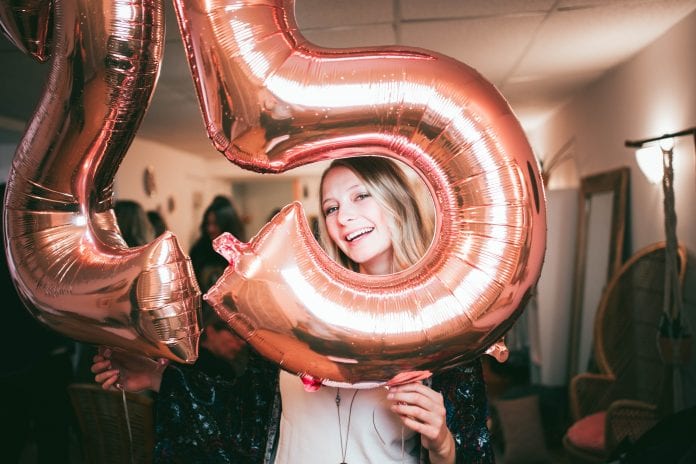 This summer, we celebrated 25 years of sending teenagers around the globe as summer missionaries as part of Teen Mania’s Global Expeditions. When my wife Katie and I first started this ministry, God put it in our hearts to raise up an army of young people to go out and change the world. Since then, thousands upon thousands of teenagers have come through to do something that matters for the Kingdom.

A theme has grown out of this 25-year old ministry that I believe has enabled us to continue to reach the lost and serve the hurting abroad. It’s Romans 5:5 “and hope does not put us to shame, because God’s love has been poured into our hearts through the Holy Spirit, who has been given to us.”

Love is what drives us. It’s not a love we have generated on our own, either. It’s the pouring out of God’s love, through the Holy Spirit, into our hearts so that our love would grow and grow for the lost and hurting people of this world.

Think back to the first time you fell in love. How many of you realize now that it was probably just the pizza you ate? Seriously, though, when you were in love, did you do something crazy to show your love? Did you write a song? Most of the time, love songs are written because of what the writer feels emotionally and what they could get back emotionally if they could woo the person they love.

Mother Teresa said it’s impossible to love without sacrifice. Our Bible is filled with examples of men and women who were smitten with love for a people they didn’t even know, who trekked to far, far countries to give the Message of Life at their own great peril.

You see, when you love someone with the love of God, it compels you to do things that the world considers really and truly illogical.

Christian history is full of young men and women who paid a great price and did amazing things. You may have heard of some of them:

Dr. David Livingstone, the man credited with spreading the gospel across Africa. He was a medical missionary and fought for the rights of African people. Every five-ten years, the London Missionary Society would send a scout to find Dr. Livingstone living in the jungle wilderness of central Africa. When they found him, they would take his journals and writings back to England, where the writing soon became best-sellers. Some people from England began to urge Dr. Livingstone to return to his home, where fame and fortune awaited him. He did not care about the money and fame. His heart was with the people of Africa. His last request before he died of malaria at age 60 was for his body to be buried in England, but his heart to remain in Africa. So out in the middle of nowhere, in an unassuming place in Africa, his heart is buried. But literally millions of people can trace their salvation back to this one man.

When you love someone, your value system changes. You don’t value what other people value.

Hudson Taylor was one of the first missionaries to China. He realized he couldn’t reach all of China by himself, so he made eight trips back and forth to the U.S. to gather more missionaries to go with him. Each of these trips meant six months total on a dirty, cramped boat. Taylor spent about 50 years on the mission field in China. Three of his spouses and eight of his children died there. But he ended up recruiting more than 800 missionaries to serve in China, and when people talk about the great revival happening in that country today, most of it can be traced back to the work of Hudson Taylor.

When you love the people God loves, it comes at a cost. There are many others who have been filled with the love of God. It cost them a great deal, but it caused them to do great things.

Look at the story of William Carey, who served as a missionary in India translating Bibles into the native tongues, who was ridiculed by his fellow Christians in England for following God’s call to love and serve the Indian people.

Look at William Borden, who turned away from the riches of his inheritance in a dairy empire to serve the Muslims of northern China. He died before he ever reached that country, but the powerful testimony of his life and commitment to following God resulted in thousands and thousands of missionaries going in his place.

When you love, you will sacrifice. As Americans (or westerners), we have a difficult time understanding what it means to be uncomfortable, to do without, to give up something of great physical value in the promise of obtaining something even more valuable for the Kingdom of God.

I can tell you story after story of how God has used teenagers over the past 25 years, filling their hearts with his love, and watching that love pour out over the nations. I remember one of the guys on our team in Guatemala on one of our first GE trips, a 15 year old, who wanted so badly to preach. Someone finally gave him the microphone, and he said, through the translator, “I came all the way down here to let you know that God loves you, and that we love you. We came all the way here and raised all this money to let you know God loves you and we love you, too.” He repeated it again, “We’re only here because God loves you and we love you too.” Then, he began to weep, and we looked around and saw that many of the people there were weeping, too.

You see, love is the thing that can get translated, even if you don’t know the language. The people you serve can tell.

You can’t change your heart on your own. You can change your haircut or your clothes. Some people change their major or their career. Too many even change their spouses. But you can’t change your own heart. We don’t just go on the mission field with a message, or with excitement. We go with a heart that has been drenched with the Holy Spirit, drenched in the love of God that provokes us to give and to sacrifice, even when we don’t feel like giving. We sacrifice, why? Because He grew our hearts so that we could love.

You’re His hands serving, His arms wrapping yourself in love around humanity. As you pray, God grows your heart. You realize why Jesus went to the cross – it was love that took Him there.

For you, for me, and for those in other nations.

Scripture says he pours out his love in us through the Holy Spirit. This is the Christian life, letting the Holy Spirit fill you up with His love until you are a full sponge, so that we can be squeezed out, pouring out His love on others.