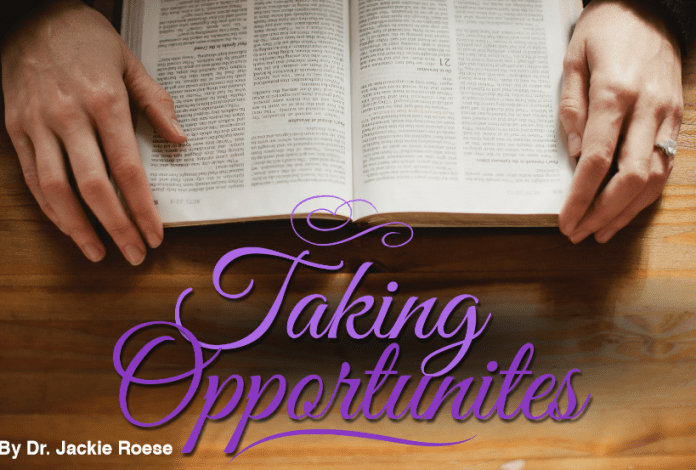 My first experience with serving in church on Sunday came in the form of watching potty-training two-year-olds in the nursery during the service. As a new believer, I couldn’t figure out why anyone would go to church if this were required. My first opportunity to teach at church came in the form of standing in front of 900 kids with a pirate patch and a sword at Vacation Bible School (VBS). Suffice it to say, I didn’t sign up because I loved working with kids—or playing pirate. I signed up because I wanted to be Amy’s friend.

Amy and I had kids the same age, so our paths crossed as we picked our kids up from Sunday school. Amy seemed fun, and I needed a friend. Desperate and determined, I set out to become her friend by serving beside her as her co-chair for VBS. When it came time for VBS to start, we needed teachers, so I signed up. I didn’t have a clue what I was doing.

But, with a treasure chest at my side, a sword in hand and a black patch over my eye, “Pirate Jack” shared the Gospel to 900 kids. No easy feat. I had to learn what big words like propitiation, substitution, and restorationeven meant. In a pirate costume is probably not the way most future preachers learn these words, but the experience showed me how to think through a theological concept, break it down into digestible parts, and deliver it in an interesting way. It was there—of all places—where I sensed I was in my sweet spot.

Something about it was good and right.

It showed me the importance of saying yes to the opportunities in front of you—even if it means dressing like a pirate and learning big words.So when women who want to teach the Bible ask, “How do I get started?” my answer isn’t profound. It’s simply “say yes.” I tell them to take the opportunities in front of them and invest in their skills. After all, that’s what Jesus tells us to do in Matthew 25.

Even though it’s a story from long ago, we are in it. It’s about a master (that would be Jesus) and his three servants (that would be us). The master is very wealthy. He owns a lot. As the master is about to go on a trip, he calls these three men and tells them they are in charge of everything. He gives his first servant five talents, the second servant two talents and the third servant one talent. In those days a talent was worth 15 years of accumulative wages! In today’s terms, if you made $50,000 a year, the Master would give you $750,000. If you made $100,000 a year, the Master would hand you $1,500,000. A lot of money—today and back then! But those servants would have lived day-to-day, so to be given even one talent would have been astronomical. Don’t miss the point: these servants were given the opportunity of a lifetime (as are we).

In his book, If You Want to Walk on Water, John Ortberg makes three observations about this story. First: there are no no-talent people in the story. This is not a story where some are gifted and some are not. Sadly, for many of us, we think we have no talent. Jesus says not so. Let me say it again. Jesus says, NOT SO.

Second: the Master gives the talent. He decides who gets what. Now this gets to us doesn’t it? We women want what every other woman has: her gifting, her platform. Heck, we want her legs and her hardwood floors! Often women tell me they want to be the next Beth Moore. I want to scream back at them: “You can’t be Beth Moore. She already exists!” Comparison causes us to bury our talent. Stop trying to be like others. We need to be who we are. As one preacher put it, “Don’t try to do your sermons like anyone else. That’s an insult to God and all he’s been doing with your ‘twisted life’ to prepare you for this call at this time.”

The morning after hearing this, I lined the three kids up at the table. “Guys, yesterday I learned God is not fair. But he is just. Know what this means? If God is not fair, then I don’t have to be either.”

Growing up, they heard that statement more than they would have liked, but I hear them repeating this now that they’re adults. We don’t get the same as others, but what we got was just right. And we are expected to use—and to grow—what God has given us.

In 1994 we moved to a suburb of Dallas. We settled into our 1,400-square- foot house, found a new church down the road, and started to develop new friendships. One of my new friends, Sharon, had neighbors who wanted to know more about Jesus. Sharon asked if I would lead a Bible study in my home for these women.

Immediately, I said no. I was afraid.

Fear of failure is one reason we bury our talent. By this time, I had several years of seminary in my belt, but I was afraid they would discover I didn’t know it all. What if I didn’t know the answers? I was afraid of looking stupid.

Not long after saying no, I sat in Sunday service, and the Holy Spirit “thunked” me. “Thunking” happens when the preacher is talking, and we hear “blah blah blah,” because the Spirit has something else he wants to say.

Do you know more than they do? the Spirit asked.

Then teach them, the Spirit said.

With trepidation I told Sharon yes.

So there I was, with six women sitting around my table eating Oreos, drinking coffee, and expectantly waiting for me to offer something profound. I was clueless. Pirate Jack was one thing, teaching adults was another. I decided the best approach would be to start where they wanted. I asked what they wanted to know, and the first thing these women asked about was Satan. They wanted to know who Satan was!And so it went: though I prefer to teach about Jesus, my first Bible study was on Satan. Yet another lesson in just saying yes.

For the next two years, these women would gather at my table—growing together in Jesus. We worked through one wanting a breast augmentation in hopes of improving her marital sex life. Another spilled tears over the fact that she rarely extended grace to her husband. Another shared how she believed it was Tarot cards that brought her to my table. I was in over my head every time we met.

I invested hours in prep—flipping through commentaries, theological dictionaries, and books on customs and manners. My brain hurt from studying. But it takes conscious, deliberate effort to invest for Jesus. I think of those servants who had no training in investing talents. How did they gain the skill? Did they go to the local library and search the scrolls? Did they take a course on commodity trading? Did they seek out a mentor like Warren Buffet?

I find it interesting that two times in Matthew 25 the servants said, “You gave—and I did…” They understood the Master gave the talent, but it was up to them to put it to use. I wonder: do we? In the story, the Master returned to find the third man had buried his talent. The Master responded with, “You wicked and lazy servant.” Interesting choice of words: wicked and lazy. The word lazy means slothfulness. In the Old Testament, it was used to for people who let inconveniences stop them (Proverbs 6:6–9). Too often we bury our talent because we aren’t educated, equipped, or skilled enough and yet, Jesus says this is lazy and wicked.

The truth about serving our Jesus is it’s messy. It’s difficult. It’s not always “become equipped and go!” Sometimes it’s “become equipped while going.” The beauty of this is it makes you depend on Jesus. I invested time in prep and hiding behind my red and white toile recliner praying, “Lord, help me. I have no idea what I’m doing. Show up.”

He showed up. He’s still showing up. It’s been over fifteen years since the woman who read tarot cards came to faith in our little band of women. This past month she led a team to the Congo to teach trauma healing to women! I hear the servants saying, to the Master, “You gave—I did,” and I see the Master making it multiply. “The man who had received the five talents went at once,” Jesus says, “and put his money to work and gained five more. So also, the one with the two talents gained two more” (Matthew 25:16–18). God gives. We put it to use. He leads a tarot card-reading woman to Congo to bring healing to women of war. Quite a return on investment of God’s gifts!

Over the past decade, Dr. Jackie Roese has taught the Scriptures and trained other women to do the same. She has envisioned, written and overseen the development of a decade of Bible study materials. These bible study materials have been used in more than 18 states and 17 countries, including Iraq and Korea. It is her desire that women know Jesus through his Word and, in doing so, become whole. She has a passion to give laywomen the opportunity to develop their teaching skills.

Along with teaching, writing (www.jackiealwaysunplugged.com) and training, Jackie also speaks around the U.S. at conferences and retreats. She has also taught abroad, specifically to women in Rwanda, Romania and Southern Sudan.

To order your copy of Jackie’s book Lime Green: Reshaping Our View of Women in the Church, visit http://www.marcellaproject.com/#lime-green 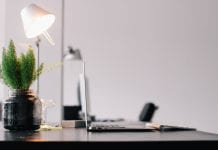