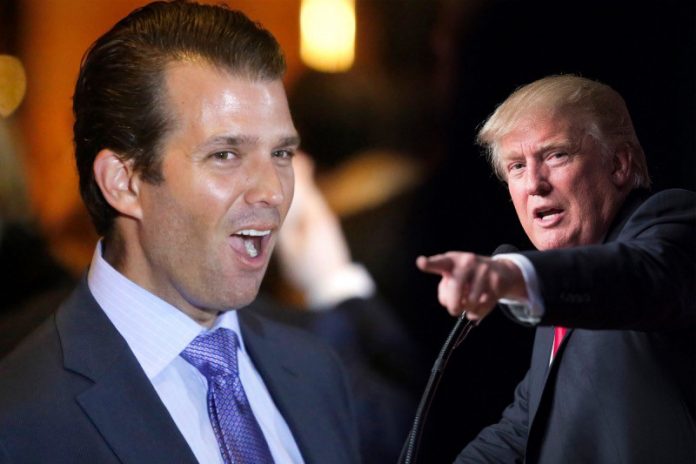 These days, one might legitimately ask the question, “Why do family-owned businesses always attempt to pass along the dynasty to a son or daughter?” And another, “Do family successions ever work out the way they were intended?”

Since the age of kings and empires, family planning always meant the intentional strategy to get Junior onto the throne upon Dad’s demise (planned or otherwise). History is replete with aborted successions, bad choices and just a few scions whose efforts exceeded dear old Dad’s.

Good thing American politics doesn’t run along these lines (although we have had our share of strong family bloodlines: the Adams (John and later, John Quincy), the Kennedy’s, the Bush’s among others. But in the business world founding fathers are renown for finding “meaningful employment” for their children: the William Randolph Hearst legacy, Rupert Murdoch’s media empire heir-lines, the Trumps, and even on the religious empire scene, the Falwell debacle so recently in the headlines.

Thirty five percent of Fortune 500 companies are family owned, according to Brandon Gaille (@BrandonGaille). That minority of total top-tier businesses accounts for 50% of the total US GDP, provides 60% of all employment in the U.S. and they are responsible for 78% of all new jobs.

And in the religious world of churches, para-church organizations and media, an unidentified large majority are founded by and handed off to family members — almost always, sons.

Years ago I embarked on a major study of religious television figures (we called them “tele-evangelists” in those days). I was particularly fascinated by this proclivity to insure dynastic rule by father-to-son successions. You may recognize a few: Billy to Franklin Graham (along with a couple of daughters who also found some notoriety but didn’t take over the family business); Oral to Richard Roberts; Pat to Gordon Robertson; John to Joel Osteen; and of course, Jerry, Sr. who split the empire among sons Jerry, Jr., and Jonathan Falwell.

The primary focus of this type of research is to discover patterns. The Qualitative Methodology requires many hours of personal face-to-face interviews, in-depth digging into apropos artifacts, meaningful observation and then a patient weaving together of a tapestry that ultimately it is hoped, makes sense. One branch of the method, Ethnographic Research, became well known when scholars would physically live with and study their subjects in their own environments. (Think, Jane Goodall or Margaret Mead.)

I had spent decades of my pre-academe career working for many of the very tele-evangelists I was studying. I knew this “tribe” and was fascinated by their instinct to survive via family transfers of power.

The primary pattern I discovered among the nine founders of religious television ministries was the deep personal and spiritual ownership each possessed over their “calling” into this work. Five of the nine told me they could physically take me to the “…very place where God spoke to me…”

So tangible the memory and combined with a deeply held sense of accountability to the Almighty, that they could not envision ever handing the reins to someone they could not trust. Who else but my son (in each of these cases no daughters were considered as successors) could carry on this divine legacy?

“But what if your son doesn’t want to be the next you?” I asked one particularly adamant founder who was flabbergasted by my naivete, “Well, he has to.” “But what if he doesn’t want to, or doesn’t feel ‘called’ like you were. What then?”

Not entirely sure this family business succession model had holy precedent, I investigated their own manual, The Holy Bible. Therein I found three examples of “successful” successions, and only one of those was father-to-son.

· Moses, the great liberator of the Hebrew slaves in Egypt successfully handed his responsibilities to his personal assistant, Joshua.

· King David, who as a warrior monarch united the Israeli tribes into a strong kingdom was surpassed by his son, Solomon who oversaw the building of one of the world’s richest and strongest empires.

· The Old Testament prophet Elijah, famous for religious and political exploits, was also succeeded by his personal assistant, Elisha who went on to have double the success of his predecessor.

Each of these succession events led to very different directions of effort (or “ministry” as my research subjects understood their work).

· Moses was a liberator. Joshua was a conqueror.

· David was a combatant. His son Solomon, a consolidator.

· Elijah and Elisha shared a common vision and similar results.

Of the three examples, only the two kings, David and Solomon, were a family transfer of power.

Most likely and in almost every case studied, a son leads the organization in a different direction than Dad expected or intended. Myriad reasons explain that focus shift. But DNA and family line succession do not insure continuity of vision or ministry.

The son of Rupert Murdoch or Pat Robertson is by every definition not his father. Sons, often raised in the closest shadow of Dad’s presence, still develop their own ways of thinking, of experiencing the world around them, and have dreams and aspirations uniquely their own.

Success or failure. Family successions never turn out exactly like the founder hoped. It’s impossible — unless of course, some future founder/CEO discovers how to truly clone himself.

And then, I’ll guess, God help us all!