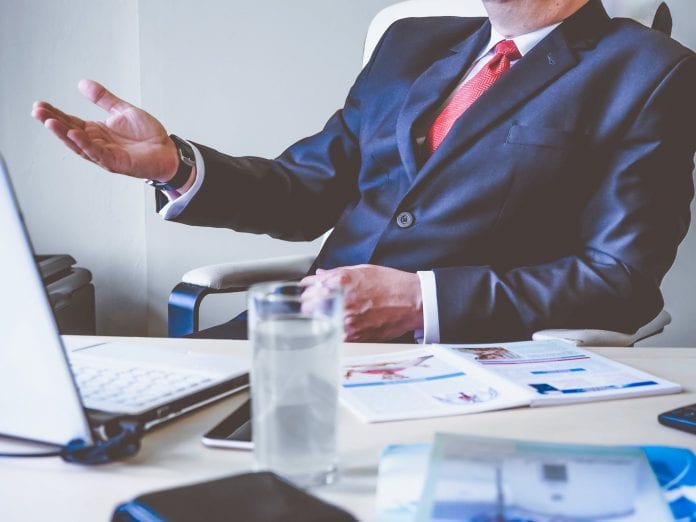 One day as I walked through the hospital in my uniform, I ran into a family I knew from our church. Their grandmother had been hospitalized and was not doing well, so they asked if I would pray with her.

I had already taken some heat from my boss for praying with people while I was working, so I agreed with one condition: I told them I couldn’t pray for her in her room, where I might be caught. If they wanted me to pray for her, they would need to get her to the hospital chapel. They seemed hesitant but they agreed to try, and I emphasized they could tell no one about this, not even the nurses.

I made my way over to the chapel while they headed back to the room to get Grandma. After waiting more than a few minutes, I started to wonder if they were ever coming. Then, off in the distance, I heard a strange, repetitive tinging sound. It was coming from the hallway, and it seemed to be getting louder. Peeking my head out of the chapel door, I instantly located the source of the sound. As it turned out, Grandma had suffered a massive stroke and half of her body was paralyzed. To get her to the chapel, the family had transferred her to a wheel¬chair, but she was unable to sit up straight and her arm hung limply at her side. The sound I heard was her thumb hitting the spokes of the wheelchair as they pushed her toward the chapel!

I took one look at her and thought, Oh boy. What did I just do? Realizing I had no choice but to go forward, I went over the plan with the family one more time. I would pray, then leave quietly. They should wait a couple minutes before returning Grandma to her room. It seemed like a good plan—but things didn’t quite go that way.

I laid my hands on Grandma and began a very simple prayer. But before I had said more than two or three words, she let out an ear-piercing scream. Panicking, I did the only thing I could think to do—I bolted out the door! Once outside the chapel, I whisked my way nonchalantly down the hallway and didn’t look back.

It seemed no one was onto me, but I took the added precaution of moving to another floor and working for a couple of hours before daring to check on Grandma. When I finally did sneak back up to her room, I was absolutely shocked to find her walking around the room, packing her bags. She had been released from the hospital!

As far as the doctors could tell, nothing was wrong with her, which they found extremely confusing. They had told the family she had suffered a massive stroke, which would leave her partially paralyzed for life. Now she looked perfectly normal.

As she smiled and chatted with me, I discovered why she had screamed so loudly. The moment I laid hands on her, the numb side of her body began to tingle like a foot that’s waking up after falling asleep. Since one whole side of her body had been affected, the sensation was overwhelming. After about a minute it subsided though, and by the time her family had pushed her back to her room, she was able to get up and walk to her bed.

This is just another experience that proves we can pray for people in normal, natural ways and still see amazing results. There’s no need to put on a big Hollywood show to usher Holy Spirit’s power into the situation. We don’t need to draw attention to ourselves, because it’s not about us. Even when we’re praying in secret, hoping not to be noticed, Holy Spirit can do his work. The interaction is between God and the person who needs him. No audience required.

In the book of Acts, we see that the apostles worked with Holy Spirit to heal people in a natural way. Although incredible miracles happened at their hands, they never put on a show. They were ordinary people who behaved in ordinary ways, yet they did incredible things that brought people to Christ.

Somewhere along the way, however, some Christians developed the idea that miraculous healings always created a kind of spectacular event. Today, many people add a touch of Hollywood drama to their prayers, which only draws attention to them and away from Jesus. This is the opposite of what we should be doing! In fact, when you look at the way the apostles handled things, they were very concerned with ensuring the opposite result. They wanted to direct all the credit back to Jesus.

When Paul and Barnabas preached at Lystra, they were horrified when the crowd directed attention to them instead of Jesus. Seeing that they had healed a man, the locals started to worship Paul and Barnabas as gods. The two men ran through the crowd, tearing their clothing and yelling, “What do you think you’re doing! We’re not gods! We are men just like you” (Acts 14:15, MSG).

These apostles didn’t announce themselves as healers or claim to be special in any way. First of all, they wanted Jesus to get the credit he deserved. Second, they realized that if the people thought Paul and Barnabas were gods or superheroes of some kind, they would assume the healing miracle could not be replicated. If only certain super holy people can pray for healing, then the rest of us have to depend on them, not on Jesus. Yet Jesus clearly stated miraculous signs would accompany all who believe in him: “They will place their hands on sick people, and they will get well” (Mark 16:18).

When we “spectacularize” Holy Spirit’s work, we make it seem as though God only works through certain special people who are uniquely gifted. By doing this, we draw attention away from Jesus and place it on ourselves. Instead, we should have the attitude of John the Baptist, who said, “He needs to become greater; I need to be¬come less” (John 3:30, my paraphrase).

The truth is that you don’t have to try to look spiritual to get incredible results. Not only that but you will also come across as more real and authentic, and Holy Spirit will have greater freedom to work through you. You don’t have to try to con¬vince people that God speaks to you. You don’t even need to announce it. When he does work through you to touch people, they’ll be asking you for answers, and your source will become obvious to everyone who needs to know.

Leon Fontaine is the pastor of Springs Church, one of the fastest growing churches in Canada. In addition to being the CEO of Miracle Channel and host of its daily talk show, The Leon Show, he is also the author of The Spirit Contemporary Life: Unleashing the Miraculous in Your Everyday World. Learn more at leonfontaine.com

Excerpted from THE SPIRIT CONTEMPORARY LIFE. Copyright © 2016 by Leon Fontaine. Published by WaterBrook, an imprint of Penguin Random House LLC.