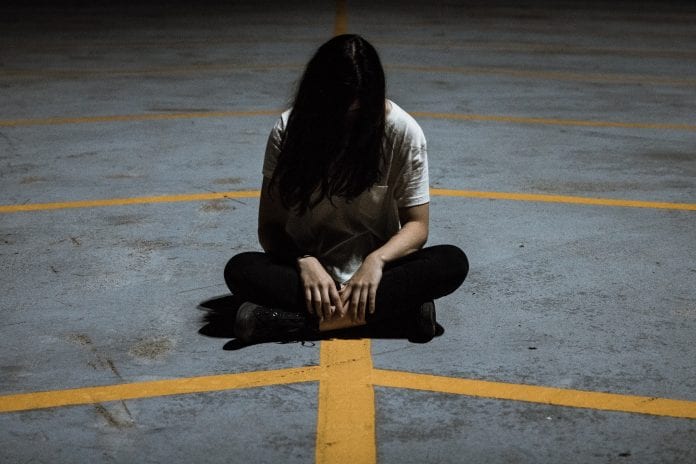 18, James churches and conducting hundreds of citywide crusades . LIFE Outreach International, of , evangelistic outreaches, LIFE Centers, feeding programs, water well drilling other mission projects. In January, James and his team will launch The Stream (stream.org), an online daily news and commentary website designed to educate and activate the millions of faithful Catholics and evangelicals who together constitute the “sleeping giant” of American society.

, I would be most effective in this lifetime as a servant sitting down rather than standing in coliseums and stadiums. He instructed me to sit at His feet, listen to His Word, and help His family and others get to know the Father found in Word. Believers somebodies and recognize the importance of His body, the church, revealing who Christ is to a world living in an age of deception and defeat. I have diligently sought to “trust and obey.”

When God led Betty and me to the mission fields of the world in the late 1980s, I obeyed. When He told me to change the name of our James Robison Evangelistic Association to LIFE Outreach International so that we would be a purpose-centered ministry and not personality-centered, I obeyed. When He told me to ask Betty to sit at my side in a family room setting, sharing the greatness of God with others through a daily television outreach, I obeyed.

I hadn’t always been so obedient, however. Earlier in my ministry, every invitation came with this message: “You’ve got to come to our city. You’ve got to help us our city to Christ. We really need you.” And I went far too often. I neglected my family without realizing it. I think, had they not been able to look beyond this father and see the Father, my children’s lives could have been a tragic story. Instead, they fell in love with the Father in heaven, even though their own father sometimes . I , having been fatherless, but I know it was God, Betty, and the prayers of many who heard me preach that impacted my family forever.

preaching at crusades, I no longer went to the Word of God to get ; I only went there to get sermons for others. I lost intimacy with the Lord . , , than I was. I became distracted and on the way to being . I distress, I wanted to die! I even asked Betty to pray I would die in my sleep. In response to Betty’s deep prayers and the concern of a few friends, I cried out to God from a horrible pit and He heard my cry. He inclined His ear, and in He lifted me up out of the pit and once again set my feet on the solid rock of . I . overflowing with the Holy Spirit, a river I could not contain or merely wade in. It carried me.

God made it clear that I was now to reach —that God knew no barriers. No limits or walls should divide true believers. I needed to reach out to the whole church in the whole earth in the hope they would be made whole. It was amazing the way God blessed the outreach to those outside my Baptist circles. Many did not understand. They became critical, thinking I was moving away from God’s Word. In fact, I was falling more in love with the Lord of the Word and the Word of the Lord than ever in my life.

As God began making dramatic changes in my life and ministry and others did not understand the direction I was going, they opposed me with such intensity that some religious groups boycotted my meetings. For example, I went back to a coliseum in Tulsa that had previously been filled to overflowing. In fact, Oral Roberts had come to hear me and couldn’t find a seat, so he sat on one of the concrete steps, refusing . huge crowds for twenty-five years.

As a result of the changes I had made, some Baptists and other sectarian groups felt that they could not support me, because I had not signed on openly with their movement. When I looked out in the same 12,000-seat coliseum where Oral had attended, I saw a sparse crowd of 800 people scattered throughout that mammoth arena. I trembled and fell on my knees behind the curtain. I cried out, “God, I don’t understand.” He clearly spoke to my heart, “James, are you going to follow the crowd or follow the cloud?” I cried out, “Dear God, with all my heart, for as long as I live, I want to reach out to the crowd—but I’m going to follow the cloud of Your glory and manifest presence.” God assured me then that I would see more people saved in a year than I had seen in the first twenty-five years of my ministry.

Sure enough, we have. We’ve actually seen as many as five million registered commitments to Christ made in a year in the outreaches we support and sponsor. At the time God set me free, we had seen two million people make public professions of faith in Christ. Since that time, more than twenty million more have made commitments to Christ. We pray with 1,200 to 1,600 people a day in our prayer centers.

I deeply love my wonderful Baptist family who led me to Christ and stood at my side in all of those crusades. Sadly, over the years in many cities, I watched pastors continually argue and fight over who would sit on the platform, who would say the prayers, who would take the offering, who would be over the counseling, who would be doing the counseling, and whether they would allow other denominational groups to be involved. about Pentecostals and charismatics. I didn’t understand why. They wanted to know who would get most of the members. It seemed faced was to get churches to come together in agreement, even to win people to Christ.

All true believers must be shaped in Christ’s likeness. True believers are born again in the power of His Spirit and become members of His body, the Church—His Church. We must not be divided by the traditions of men. Repentance is essential within every sectarian group, camp, or tribe. Jesus is the only Way, the Truth, and the Life. That is the message I carry to every person, whether they are presidents, kings, dictators, or popes. I am weary of people claiming to defend the faith and the truth when it appears they are denying the power of faith and misrepresenting the transforming effect of truth when spoken in love.

I was falling more in love with the Lord of the Word and the Word of the Lord!

During the time when I was being criticized, I Billy Graham and criticizing him because he was a Catholics, Pentecostals others in his crusades. I asked him if he didn’t think he was compromising. He asked, “Do you know the people you are asking me to avoid?” I answered, “No.” He responded, “I highly suggest you spend time with people you’ve been taught to avoid.”

After my wonderful exposure to the new-found freedom and fullness in the Holy Spirit, I finally followed his advice. I have never, and never will, look back. God made it clear that I am to be carried by His Spirit and to share His truth in love with all people, wherever they are—in whatever denomination or sectarian group. In loving obedience, I have faithfully reached out and watched Christian leaders come together in miraculous unity without compromising biblical truth.

Oral Roberts called shortly after my experience charismatics wanted me to join their movement . I answered, “Oral, I’m not to join any movement or any other sectarian group. I am called by God to be part of the move of His Spirit on all movements and to see us all changed and shaped by the power of the Holy Spirit.” He said, “That’s what I told them! I knew it. I knew you would say that!”

It remains the case today. By God’s grace, this will be my position until I see Jesus face to face , Robin, in His eternal presence forever. (Robin died of cancer three days after Christmas in 2012.) I don’t compromise my biblical convictions, and I don’t ask others to do so. I preach the importance of being willing , and shaped like yielded clay in the hands of Almighty God.

I’m diligently seeking every moment to glorify Christ in all I do, and I cherish your prayers—that He, above all, may be lifted up. I pray that in our day, before He returns, we will see His prayer in John 17 answered: “May we become one with the Father and one another;” and that as Paul said in writing to the Ephesians, we will be built up “into the unity of the faith.” I’m convinced when Jesus comes in glory, He will be coming for a bride (His church) adorned in His glory. Now is the time to get dressed for His glorious return, making a kingdom impact as salt and light, overcoming the prevailing darkness and the gates of hell.