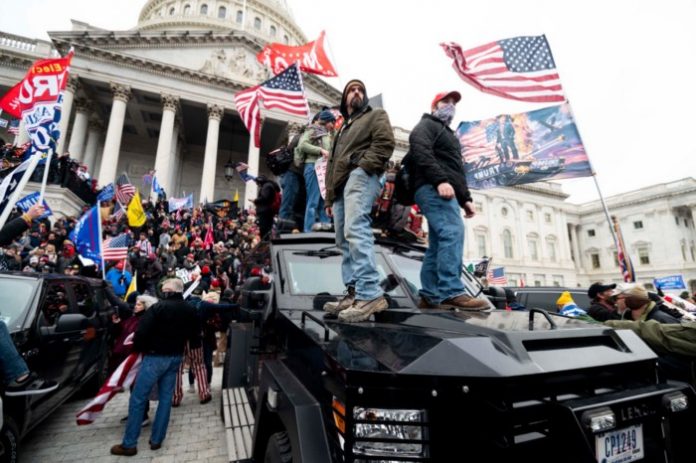 I’ve already described a narcissistic boss’ behavior-which many find all too familiar.

Today we rehearse that information in an effort to help explain what the world witnessed from our nation’s capital this week.

What transpired had been unthinkable for Americans before an angry mob breached the Capitol. The true north answers to how and why are yet to be unveiled. But it’s certainly no stretch to lay blame at the feet of the president, among others.

First the caveat. I am, perhaps last on the list of my friends and colleagues in terms of being political. I worked for a man who so fully equated Jesus with the Republican Party that I grew nauseous of and allergic to the blatant disregard for who Jesus truly is, was and forever will be.

Not a Republican. Nor Democrat. Come on. We all know that.

Additionally, I cannot diagnose anyone. Certainly not any of our–in my opinion–narcissistic political leaders in D.C. But herein, I attempt to shed light on those leaders’ actions via professional psychiatric diagnostics.

Second, the digression. President Trump, who clearly seems to fit the full list of diagnosable characteristics (see below), is not the only narcissist our country has known over the recent past. If you can join me in this acknowledgement, I think we can help uncover some of the reasons why the political landscape in our beloved country is so bereft of strong, healthy and godly leaders.

Additionally, I am not at all advocating we ignore the consequences of narcissistic behaviors and actions. All of us will be held accountable. And any/all appropriate legal ramifications should be in play, regardless of which side of the aisle one may sit.

What we witnessed this week was at the very least, wholly disconcerting. It was also terrifying, and supremely significant to Americans and our friends around the world. It was also the latest in a string of violent riots that saw much more damage and many more personal injuries and deaths last year. But this one was different, and will be more than a footnote in our history.

Here are behaviors commonly associated with a psychiatric diagnosis of narcissistic personality disorder. The narcissist:

In other words, the narcissist is ALWAYS the “smartest” person in the room who can NEVER be wrong; thus unassailable and unable to accept critique, much less criticism, he rules with utmost authority. Do any of these behaviors sound familiar?

I have covenanted with myself to avoid naming names, as much as I humanly can in this blog space. Thus, I hope you will fill in my blanks of omission with the names of other politicians to our analyses of narcissism. I can think of five immediately off the top of my head who represent different political camps. And if you momentarily suspend any ideological affinities, I’m guessing you can name those same five and others as well.

So what do we take away from the fiasco of this week in D.C.?

First, I suggest, we’re all flawed in one way or another. I have a dear friend you used to use a different and familiar f-word to describe our daily state of being outside the grace of God. It was rather effective since none of the folks to whom he was “witnessing” ever expected that word to preface his personal story of forgiveness and atonement.

Second, I’ll argue that narcissism is a brain disorder.

The Mayo Clinic defines NPD as “…a mental condition in which people have an inflated sense of their own importance, a deep need for excessive attention and admiration, troubled relationships, and a lack of empathy for others. But behind this mask of extreme confidence lies a fragile self-esteem that’s vulnerable to the slightest criticism.’

Third, I will offer that while we find room in our heart to have empathy for others afflicted with cancer, heart disease or various addictions, that a brain disease fits into that same category.

I understand the difficulties of pointing affected people to viable therapeutic help. I’ve lived with addiction in my own family of origin. It’s much too easy to blame the person. We don’t even fall into the easy Christianese phraseology of loving the sinner but not the sin. When someone’s disease annoys us, discomforts us, even abuses us, how are we not to be angry?

It’s the same dynamic with (in this case) a political narcissist. We see their lives and behaviors displayed for all the world to see; to loathe or ridicule. And in this case, we see the ripple effects of their rhetoric and histrionics played out.

But this week most especially, I’ve been dismayed by the intense vitriol splayed across social media. Most discouraged by the very un-Christlike verbiage used by known Christians. Look, I understand the frustration and the anger. And I am forced to accept retribution and angry rhetoric from Trump’s opposition.

Yet I can’t escape our True North Leader’s exemplar of humility. Show me where Jesus once displayed a haughty or arrogant spirit. I won’t belabor this point. But the Scriptures are replete with warnings against anything opposed to humility: “…I hate pride and arrogance…” (Prov.. 8:13); and, let’s quote this one accurately, “Pride goes before destruction, a haughty spirit before a fall.” (Prov.16:18) Destruction was on wide display this week and there may be more to come.

Let’s be clear: the point of this blog is an attempt to bring back into balance our understanding of and reactions to narcissistic leaders who, in all honesty, often do deserve our disdain.

That however does not release the True North Leader–or any Christian for that matter–from our requirement to love unconditionally; even our enemies (Matt. 5:44–45) and to forgive as we wish to be forgiven (Luke 6:37; 11:4a). Not only love and forgive, but to pray for those who we believe have behaved spitefully toward us, the country or the world (Luke 6:28).

True North Leaders are those who seek authentic truth at all times. Who have covenanted, to the best of the Spirit-empowered abilities, to follow the dictates of the Savior.

I think we know the answer to the bracelet’s question WWJD?