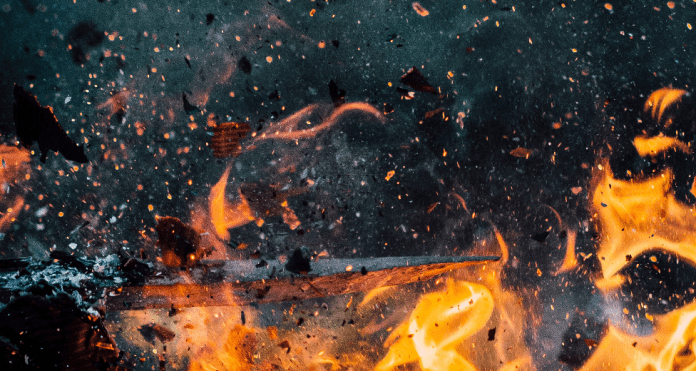 On Sunday, March 27, 1977, Norman Williams sat aboard Pan Am Flight 1736 waiting for takeoff in Tenerife, Spain, one of the seven Canary Islands. He and his friend Ted, who was sitting in the seat in front of him, had already flown from Los Angeles to New York, then on to Tenerife—over thirteen hours in flight. Thankfully, only one more leg of their journey was left, a forty- minute hop over to La Palma on Grand Canary Island. Originally, they were supposed to fly directly to La Palma, but due to a serious bomb threat at the airport there, the flight had been diverted to Tenerife instead. They were told to stand by until La Palma was clear, and stand by they did . . . for hours and hours. During the long and tedious wait, the passengers were allowed to step outside on the tarmac only once for a few moments of fresh air before being instructed to re board.

Sweaty, claustrophobic, and breathing stuffy air, the passengers were understandably restless, some downright furious. “This is ridiculous,” some muttered among themselves, while others demanded of the stewardesses, “Please, can we deboard and wait in the lobby?” The problem was, at that time, the Tenerife airport was too small to accommodate one jumbo 747 jet, let alone the dozens of other redirected flights that were all lined up on the runway waiting. It was a traffic jam of jets. Then, as if things couldn’t possibly get any worse, a dense fog from a nearby volcano dropped like a wet blanket over the area, putting visibility at nearly zero.

The captain’s voice came across the intercom urging passengers to have patience, as issues at La Palma would soon be re- solved. He also reassured passengers not to worry about the fog because the Tenerife airport was used to it regularly coming and going. Norman glanced out the window. The fog was so thick he wondered how any pilot could possibly see. He also noted that there seemed to be way too many large aircraft for the small airport. “I guess that’s what radar and controllers are for,” he figured. Just then, the plane began slowly nudging its way forward into the takeoff position. “Finally,” Norman said, breathing a sigh of relief. Pushing his seat into the upright position and his worries to the back of his mind, he made himself as comfort- able as possible and focused on the vacation to come. Visiting the Canary Islands had always been a dream of his, and when Ted had offered him a ticket because his wife had cancelled, Norman readily accepted. Little did he realize that in mere seconds his dream vacation would turn into a hellish nightmare.

As the Pan Am 747 taxied for takeoff, KLM Flight 4805, also a 747 jumbo jet, taxied for takeoff, too—on the other end of the same runway, in the same path. A communication mix-up in the tower indicated that everything was clear, giving the KLM pilot the go-ahead. Plus, the heavy fog prevented either pilot from seeing the tarmac ahead of them. The KLM 747 was traveling at 167 mph when it collided with the Pan Am 747. After sifting through the debris from the horrific crash, investigators determined that 581 passengers and crew had lost their lives, making it the worst disaster in aviation history. Miraculously, Norman Williams survived to tell his story. In the midst of the fiery inferno he experienced a sacred encounter. It’s a graphic illustration of how the Christ living in us can empower us even in the most horrific situations.

“I have had some marvelous spiritual experiences throughout my life,” said Norman, “but I have never sensed the presence of the Holy Spirit as I did in that indescribable fury. The Spirit of God was so strong. It was as if a blanket of peace was thrown over me—I wasn’t numb—a lucid calm enveloped me. I was in the midst of a fiery bomb, yet I knew all was well.”

The KLM’s landing gear ripped through the roof of Norman’s plane, twisting the metal like a red-hot pretzel and setting off a chain of explosions that sent flaming bullets of debris through the air. The passengers on either side of Norman were instantly swallowed up by the floor, yet somehow he was left standing. He couldn’t recall standing up, but he was. Another explosion shook the fuselage, and this time Norman felt metal shrapnel searing into his flesh. A pretty stewardess was decapitated right in front of him. An elderly lady was trampled to death. Some, in shock, simply sat in their seats like melting wax figures. Moans and screams of people being burned alive echoed through the chaos. Some cried out to God and for loved ones. Others simply cursed. Smoke and blood mixed with the smell of burning human flesh created a distinct stench that Norman would smell the rest of his life. A heroic man attempted to pull a woman from her seat. When he did, only half of her body came out. Norman glanced around, searching for his friend Ted, but he was never to be seen again.

As Norman zigzagged through the fiery fuselage, it was as if the Spirit of God was directing him, saying, “Come this way, come this way.” His head ducked just in time to miss a piece of white-hot debris rocketing toward him. He coughed from the black smoke filling his lungs while searing pains from the fire tortured his body. Skin hung from his hands, cut by ragged metal.

Strangely, supernaturally, peace instead of fear engulfed him as he moved calmly through the terror. “I knew that my insulation wasn’t coming from me,” he said, “but the Holy Spirit inside me.”

As he made these proclamations again and again, renewed hope and strength welled up inside of him. “Here in the midst of the worst human tragedy I could imagine,” he said, “was the greatest spiritual experience I could dream of.”

Norman knew that if he were to die right then, he would face it with a peace that was unexplained because he knew that God was with him, helping him. As a believer, he need not fear death since Jesus was inside him. “In the moment of reckoning, you do have a Friend in a high place. Just one. He is never too busy or out to lunch. He will make house calls, anywhere. He came to me . . . A flow of life through me was being expressed in feeling, a feeling of God’s presence.”

Jesus was present with Norman just as He had been for Shadrach, Meshach, and Abednego. The Bible says that because these three Hebrew men would not bow down to King Nebuchadnezzar and his gods, they were thrown into a fiery furnace. Nebuchadnezzar’s temper was heated, so he heated up the furnace seven times hotter than normal and had the three Hebrews tossed in. When Nebuchadnezzar looked into the furnace, however, he was shocked at what he saw. “Look!” he answered. “I see four men loose, walking in the midst of the fire; and they are not hurt, and the form of the fourth is like the Son of God.”

The bottom line is, Jesus was with them in the fire. They encountered Him amid the flames. Whether they lived or died, Christ was fully present with them. But here’s the deal: The difference between us and the three Hebrew men is Jesus was with them in the fire. He stood beside them as a separate person, a separate entity. But today, if we’re a believer, Jesus is not only with us but He is in us when we go through those fiery trials. The Holy Spirit, which is the Spirit of Christ, did not occupy men until after Jesus was crucified and resurrected. Shortly before His crucifixion, Jesus told the disciples, “It is to your advantage that I go away; for if I do not go away, the Helper will not come to you; but if I depart, I will send Him to you.” Speaking of the Holy Spirit as Himself, Jesus said, “But you know him already because he has been staying with you, and will even be inyou!” In other words, “I’m present with you now, but later I will be inside you, which is far better.” It’s the mystery that Paul talked about: “Christ in you, the hope of glory.”

Max Davis is the author of over twenty published books. He has been featured in USA Today and Publishers Weekly and has appeared on The Today Show and The 700 Club. He holds degrees in journalism and biblical studies and is a sought-after speaker for churches and organizations worldwide. He and his wife, Alanna, live on forty beautiful acres, under an umbrella of oak trees, in Greenwell Springs, Louisiana.For more information, visit www.maxdavisbooks.com. His latest book, When Jesus Was a Green-Eyed Brunette: Loving People Like God Does, can be found everywhere books are sold.