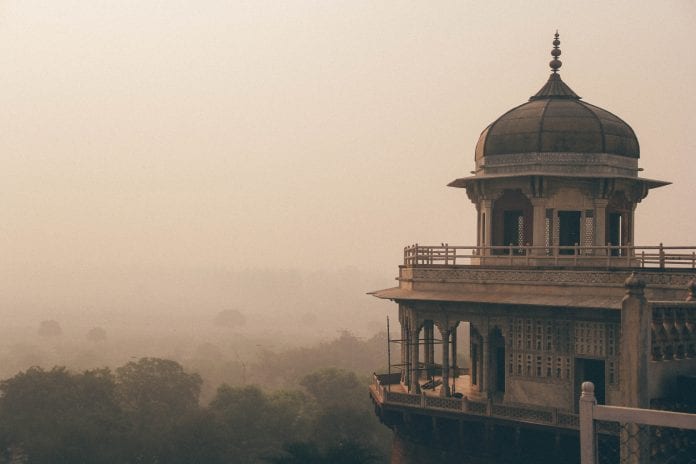 The apostle Paul definitely agreed. He wrote in I Corinthians 13 that he could speak in the tongues of men and of angels, but without love, he was nothing more than a source of irritation to people. He learned that he could possess unfathomable wisdom and faith that moved mountains, but without love, be nothing. He could give all he possessed to the poor and surrender his body to the flames, but gain nothing without love.

Simply put, love is the bottom line in people’s hearts. People respond to what we do if they are inspired by why we do it. That’s what many churches I am in fellowship with are learning. Some friends and I started doing backpack outreaches so kids in our community had what they needed to excel in school. Amazingly within two years, our community gave all the resources needed, unsolicited. And the next year retailers offered these kids supplies for the entire school year.

A few years ago, I read where the Marine Toys for Tots program in our town was shutting down due to a lack of volunteers. So we let His compassion move us. We set out to provide a Christmas present to every child living under the poverty level. And this last year over $100,000 was given by our community and we had the joy of seeing two thousand needy children receive Christmas gifts.

We as a church have learned an important lesson. His compassion not only multiplies our favor in our community, it motivates hearts to come into our fellowship and experience His healing presence!

1:15 pm, October, 1998: Almost 30 years after my conversion from Islam, I found myself preaching to a small group of people on the border of West Bengal and Orissa. Very distant and very re- mote. Even the police hesitated to go there due to the dominance of a fierce, savage and primitive group of tribal known as the LODHA TRIBE.

Following the service, the local Pastor asked if I would help him with financial support for the 27 kids that he was looking after in that very remote region of Eastern India. I hesitated. God spoke to me. And Good News India was born…

What is Good News India?

We are Phoenix, AZ based non- profit under the umbrella of Pastor Tommy Barnett.

We are children… some 2500+ tribal orphan/destitute kids lost in poverty and hopelessness. These darling kids live with us 24/7 in 25 Orphanages (we call them Dream Centers) with full time residential staff.

Most of these children have been rescued from sexual or bonded slavery. Child trafficking is not just a discussion point with me – it is a vivid part of my world. I decided long ago that rather than rescue kids from the brothels, I would get to them BEFORE they ever get inside a brothel. It is extremely complex to deal with a girl who has been chained to a bed from the age of 8 or 9 and repeatedly violated on a daily basis. We have over a 1000 girls who were quite possibly facing that kind of a horror.

In the world of child care, what is the GNI difference? First, our cost is $30 per month. Second, the kids live with us 24/7 rather than just for 4 hours per day. As a result, our influence upon them with the Gospel is deep and profound. All our kids are saved! Third, we are committed to take them through College, rather than leaving them when they finish High School. A child in India with a High School education will probably end up back in poverty.

What else is Good News India?

It is rescuing Lepers. India is one of very few countries in the world that has lepers. And we have them… hundreds of them. Of all the people groups in the world, I know of no other group that suffers as much as these lepers. Struck by the twin fork of poverty and leprosy, their lives are finished. They are only trying to survive. Facing deep social and religious prejudice these dear people live like animals outside of cities and towns. GNI is looking after 400+ lepers. We have our own home for them (We call them CI- TIES OF REFUGE). In our city of refuge, we are housing 45 adults and 85 of their beautiful children. No one wanted to come near these people, but God gave them to us. We will house, feed, educate and medicate them until they die. They have basically come to us to die. Last year, 20 of them took water baptism when they dis- covered the love of Jesus Christ through our staff.

And their children? We have built our own School for them since the local schools shunned them and I am determined to secure their future.

Our goal is to build 4 Regional Cities of Refuge in Orissa State, where we can take in hundreds of lepers and their children. And at least that many in West Bengal.

And O yes.. the Lodha savage tribal folks…we connected, made inroads and established a huge dream center among two groups of these dear people. More than 220 of their kids, once destined to become criminals, are now getting an education and learning about the Risen Savior. The Regional Police Commissioner told me: “I don’t know what you are doing there, but since Good News India went in, crime has dropped 90% in that area.” Hallelujah.. the Gospel transforms.

Why am I focused in Eastern India? The facts are startling… 100 million + people; 80% live in rural areas; 75% depend on agriculture

for their livelihood; food, medicine and education are sparse in the rural areas; the tribal people are virtually ignored by government and society.

The test to our ministry among kids came during the great persecution in Orissa in August of 2008. In one county alone, 350+ churches were destroyed, hundreds of Christian martyred and 100,000 Christian families lost everything they had. When I asked our kids if they wanted to go back into their old ways to avoid the persecution, as one voice, the kids, ages 7 – 17, said, “ No, daddy… let them kill us, but we will never turn our back on Jesus… we will stay here and be His witness even if we have to die here. ”