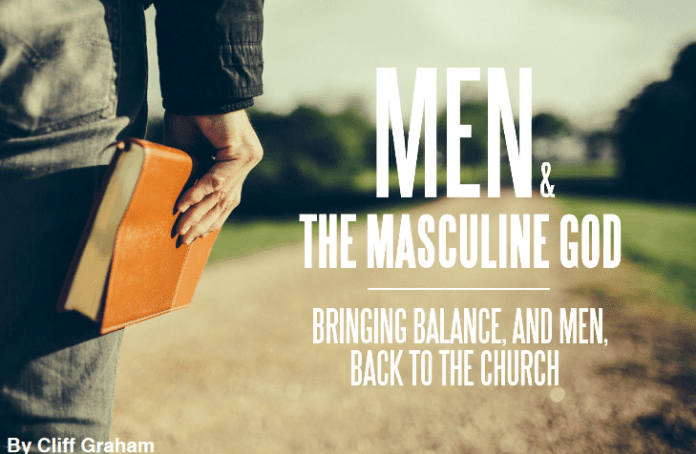 Please allow me to get this out of the way up front: I will be writing in generalities. This is not the case for every single man and every single church. That said, it’s no secret that if a man is enthusiastic about attending church, his wife and children are more likely to experience a deeper level of worship and satisfaction as they engage. The problem, however, lies in how men tend to perceive “going to church.” There isn’t an excuse for a selfish, buffet-style approach to finding a local church based only on personal preferences. But in many locations, churches have failed to engage men by properly understanding the types of ways in which men tend to better encounter God, resulting in a smoother path to checking out for men who attend.

Consider worship. The all-powerful God of the universe has every right to be a harsh, demanding overlord. But He chooses to love us and speak tenderly and encouragingly when our hearts are broken. It’s not only women who should be drawn to that idea. Every man who has ever had an overly stern, demanding father will quietly admit that he wished his father had said “I love you” more often. That is true and wonderful. It is also incomplete. Other times, God speaks bracingly and powerfully. The majesty of the earth’s mighty peaks and unfathomable ocean depths declares the strength of His outstretched arm. Ask the Egyptians, as they observed the plagues descending on their land, about how gentle this strange desert God of the Hebrew slaves appeared to be.

There are aspects of His character that are uncomfortable for us to wrestle with. There are verses in the Bible that talk about how He gathers us close like a mother hen gathers her chicks. There are also verses that say things like, “The Lord is a warrior, the Lord is his name.” So it’s not an either/or approach. There is room in the musical worship set for songs that focus on His gentleness and mercy, and there is room for songs that focus on His power and majesty. And yet far too often, gentleness and love and delicacy dominate the song selections. If more songs about the masculine attributes of God are played with heft and authority, more men tend to sing. When men sing, it affects the dynamic of the auditorium profoundly.

It’s not only the musical sets where this need for balance manifests. Sermons themselves in church pulpits have gradually shifted away from fire and brimstone and become more palatable for the casual listener. This can be positive. But I would argue that, on the whole, we all lose when sermons are tamed down. They should instruct and encourage, and they should also convict. There should be a sense of the presence of the Holy Spirit pressing in to every soul and doing work–painful work sometimes, and work that can also include gearing up for…well, war.

There is an Enemy who hunts us. Ceaselessly. Scripture says, appropriately, that he prowls around like a lion. A lion that is hungry is an unstoppable killing machine. I have spent a lot of time in the African bush listening to the rumbling and roaring of a pride of lions in the darkness. They will relentlessly pursue their prey until intense, gory violence has resulted in satiating their hunger. Only a prey’s death satisfies a lion. The Enemy hunts us with that same intensity.

Knowing that, therefore, it is appropriate for men to be shown a worship style that beckons the inner champion out of them. Love motivates a man for war against evil, but it’s his courage to trust the Lord’s salvation that beats the Enemy. We love God partly because He is competent and strong to save us, and not merely whispering sweet nothings in our ears.

A word of warning about swinging too far the other way. Not all men like to hunt animals or throw hatchets. There’s no need to fill up sermons with references to war movies. A man can be a ferocious champion and also name his favorite hobby as gardening. But there is a core distinction between how God speaks to men in the Bible and how he speaks to women. Jesus was comforting and encouraging to the woman at the well in John 4. He spoke clear truth, but his tone appears to have been gentle because that was the language she needed. Contrast that with how God speaks to Job in Job 38 and 40. Even though Job had suffered greatly, God tells him, “Brace yourself like a man; I will question you, and you shall answer me.” Forceful, direct, and urging of action. That is how a commanding officer speaks to his troops when battle approaches.

For the sake of this article, I am only referring to the Sunday worship service itself. There are many more aspects of community and life attached to membership in a church, but addressing how the service itself is conducted, as well as its content, makes for a good start the process of inviting men into worship in ways they can instinctively respond to.

Cliff Graham is a bestselling novelist and speaker who focuses on creating exciting Biblical content and encouraging audiences to live a life worthy of the Mighty Men, the soldiers who fought with King David. Having been involved in pastoral ministry most of his life, he also spent thirteen years in the Army as a military police soldier and officer. He finished his career serving in the Chaplain Corps.

Cliff’s bestselling series “Lion of War,” about the battles of King David, is being produced as a major motion picture franchise. His other projects include “Shadow of the Mountain,” an epic telling of the lives of Joshua and Caleb, and an ambitious telling of the story of the book of Judges. He produces a variety of entertainment content and owns several media development and consulting companies.

Cliff graduated from Black Hills State University with degrees in Political and Military Science and did his graduate studies in theology at Liberty Seminary. He has spent extensive time in Israel and Africa researching his books and studying geopolitical history and context.

Cliff is passionate about defending the weak and vulnerable, and is heavily involved with multiple organizations that support adoption and combat child sexual trafficking. He has been a part of multiple undercover operations and law enforcement takedowns of child slavery rings. He is frequently invited to speak at churches, men’s groups, universities, and retreats around the world on the subjects of Christ-centered manhood, Biblical entertainment, military service, entrepreneurialism in the creative arts, adoption, missionary work, and front line service in the war against child trafficking.

He lives in Utah with his wife Cassandra and their children.