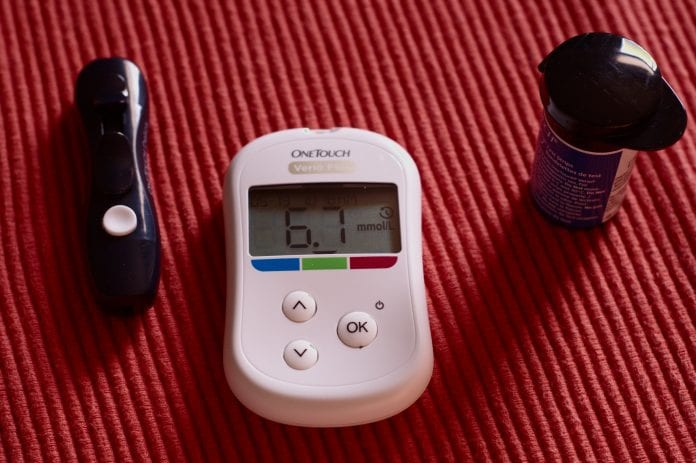 The worldwide epidemic of diabetes is having devastating consequences for public health in both developed and developing countries. At least 171 million people worldwide suffer from diabetes, and this is expected to reach 366 million by 2030 according to the World Health Organization.

The alarming rise in obesity, poor dietary habits, and lack of exercise has created a diabetes epidemic that shocks medical experts.
The latest studies show the scope of the problem:

However, it is in the human cost to the individual and that individual’s family where diabetes takes its terrible toll.

What makes this so unacceptable is that type 2 diabetes, the form of the disease responsible for this epidemic, is almost totally preventable. Staying fit and lean reduces your odds of developing diabetes by more than 90 percent.

Type 2 diabetes occurs when cells do not respond normally to insulin, a hormone made by your pancreas. This condition is called insulin resistance and it leads to high blood sugar, high blood levels of fat (triglycerides) and high blood pressure. Once it was a disease seen only in people over 40 and referred to as “adult-onset diabetes”. Today, type 2 diabetes occurs in young children. Almost half of the new cases of childhood diabetes are now type 2, reflecting the sharp increase in obesity and lack of physical fitness among our children.

Prevention of type 2 diabetes must become a national priority. We already have the knowledge necessary to reverse the diabetes epidemic. We need to take these steps:

These steps prevent type 2 diabetes by preventing insulin resistance. When your diet is high in sucrose (table sugar), saturated fat (the kind of fat found in meat and butter), and white starchy foods like white bread and potatoes, you increase your chances of developing insulin resistance.

Eating a diet high in fiber, omega-3 fats (the kind found in flax seed and in fish) and carotenoids (the yellow, orange, and red colors in many fruits and vegetables) reduces your chances of developing insulin resistance. For many Americans, adopting a healthier diet is a radical change, with sacrifices such as swapping a salad and vegetable juice for a burger and a shake. But the positive results are equally radical in terms of weight loss, improved health, and reduction in diabetes risk.

We know this because of our experience in helping people make the switch to a healthy lifestyle with our book The Fat Resistance Diet. We are excited by the dramatic improvement diabetics are getting from the anti-inflammatory program in our book. People with diabetes have written to let us know the outstanding results they have achieved when they followed our program.

Our book provides a step-by-step meal plan and more than 100 recipes. More information on a proven program for weight reduction and prevention or reversal of type 2 diabetes is available online at www.fatresistancediet.com.

The following foods have been associated with a reduced risk of developing diabetes in observational studies of people in different countries:

To prevent or control diabetes, you must take an active approach to your care and consult with your doctor. Further information about adopting a healthy lifestyle is available at www.fatresistancediet.com.