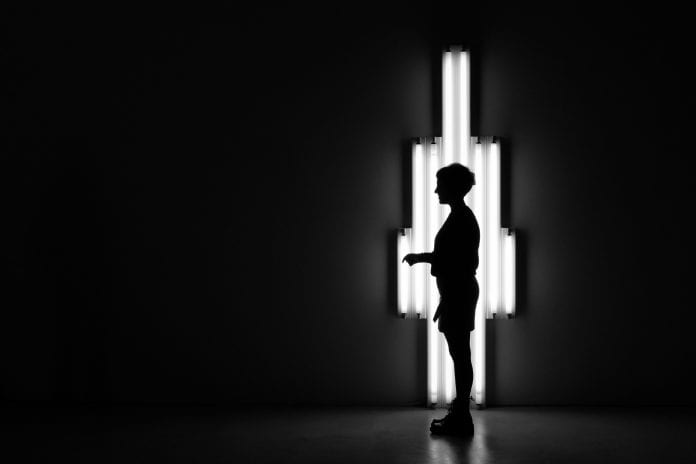 There is a wonderful revival of grace that is sweeping our churches. People are, once again, hearing of a loving God and a lovely Jesus. The finished work of Christ is taking its rightful place as the central message of the church. However, in the midst of this growing revelation, there is a decidedly disturbing trend re-emerging. With such a heightened awareness of our own standing and relevance, there is suddenly no room for weakness.

When God created Adam, He intentionally created him with a void, a weakness no less. He was certainly “very good” in God’s eyes but it was also “not good for the man to be alone” (Genesis 2:18). Why create him with such a glaring need? Adam found no helper in the animals or the birds of the sky, so God put him to sleep, and you know the rest. The story may not be as much about man’s need for a wife as it is about man’s need in general.

I was raised in a pastor’s home, and the church was the backdrop of most of my childhood memories. One thing that was clear from my earliest days was that ministers were supposed to be equipped with rock-solid answers to almost every problem. Whether the issue was political, economic, physical or spiritual, the pastor was expected to have a sermon, an illustration and three supporting scriptures available on demand. To answer “I don’t know,” to any spiritual query was paramount to saying, “I don’t study enough, and perhaps I am unqualified to even be in ministry.” Taking a stand with boldness, even if there was flimsy support for such a position, was a more popular option. Such a stance projected an image of confidence and strength, masking any weaknesses.

This fear of weakness is unfounded, and dare I say, foreign to the early church. The author of Hebrews encouraged us to hold firm to the faith we profess, “For we do not have a high priest who is unable to empathize with our weaknesses, but we have one who has been tempted in every way, just as we are – yet he did not sin” (Hebrews 4:15, NIV). If Jesus can empathize with our weaknesses, surely He understands that we will have them! His empathy also shows that He not only understands but expects them to exist.

“Let us then approach God’s throne of grace with confidence, so that we may receive mercy and find grace to help us in our time of need” (Hebrews 4:16). Since Jesus has conquered all, we can approach God’s throne with confidence, knowing that we don’t deserve and cannot earn what He has for us. Our need for mercy shows that we have glaring problems, and our presence in His presence indicates a need.

Perhaps a lot can be learned from one of the epistles most debated passages. Apostle Paul told the Corinthian church about a thorn in his flesh, which he described as “a messenger of Satan, to torment me” (2 Corinthians 12:7). We have argued this to be everything from eye problems to lust. I’m not sure we will ever be completely confident about what Paul’s thorn was, but we can certainly agree that it was a defect in his fleshly man, and not his spiritual standing. That’s not to say it was a literal, physical malady, but it is to point out that Paul saw a difference between what was his in the natural realm, and what was his in the spiritual realm.

Maybe Paul’s issue can be found earlier in the same letter to Corinth. He went to Troas to preach the gospel and admitted that the Lord had opened the door for him to do so. But there was a problem: “I still had no peace of mind, because I did not find my brother Titus there. So I said goodbye to them and went on to Macedonia” (2 Corinthians 2:13). It’s hard to imagine that the great Apostle Paul walked away from an open door for preaching the gospel of Jesus Christ because his friend Titus wasn’t there to support him. Where is the mighty man of faith and power? Why doesn’t he ignore how he feels in his mind and listen to the call in his spirit? It is entirely possible that Paul simply cannot ignore how he feels; it’s his weakness!

This could explain why Paul circumcises Timothy in Acts 16, even though he writes to the Galatians (albeit at a later date) that if a man is circumcised he is a debtor to the whole law (Galatians 5:3). His need for approval and acceptance, to be surrounded by those whom he loves and who also love him, shows itself as a weakness when it interferes with the call to which he is devoted.

Later in the letter, Paul speaks of harassment and conflicts in his time at Macedonia, including “fears within.” His comfort didn’t come through quiet reflection or prayer time, but rather he was “comforted by the coming of Titus, and not only by his coming but also by the comfort you had given him. He told us about your longing for me, your deep sorrow, your ardent concern for me, so that my joy was greater than ever” (2 Corinthians 7:6-7).

“My grace is sufficient for you, for my power is made perfect in weakness” (2 Corinthian 12:9).

God shows His awesome power through all of our weaknesses, whatever they might be. “Therefore I will boast all the more gladly about my weaknesses, so that Christ’s power may rest on me” (2 Corinthians 12:9). Paul understood that Christ looks all the better when our weaknesses are exposed. It becomes obvious that what we offer as pastors, preachers, and counselors is a gift, and not of our own strength and power.

“That is why, for Christ’s sake, I delight in weaknesses, in insults, in hardships, in persecutions, in difficulties. For when I am weak, then I am strong” (2 Corinthians 12:10).

Let us not twist that last phrase to say what it doesn’t. God is not strong when we are weak; He is always strong! It is in our time of weakness when we find true strength, and learn that it really is okay to be weak after all.

Paul White is the Senior Pastor of Midland Church in Poplar Bluff, Missouri. He oversees the weekly, 30-minute “Revelation to Transformation” Telecast, as well as the 5-minute audio program the “Deeper Daily Podcast.”Visit us on the web at: PaulWhiteMinistries.org