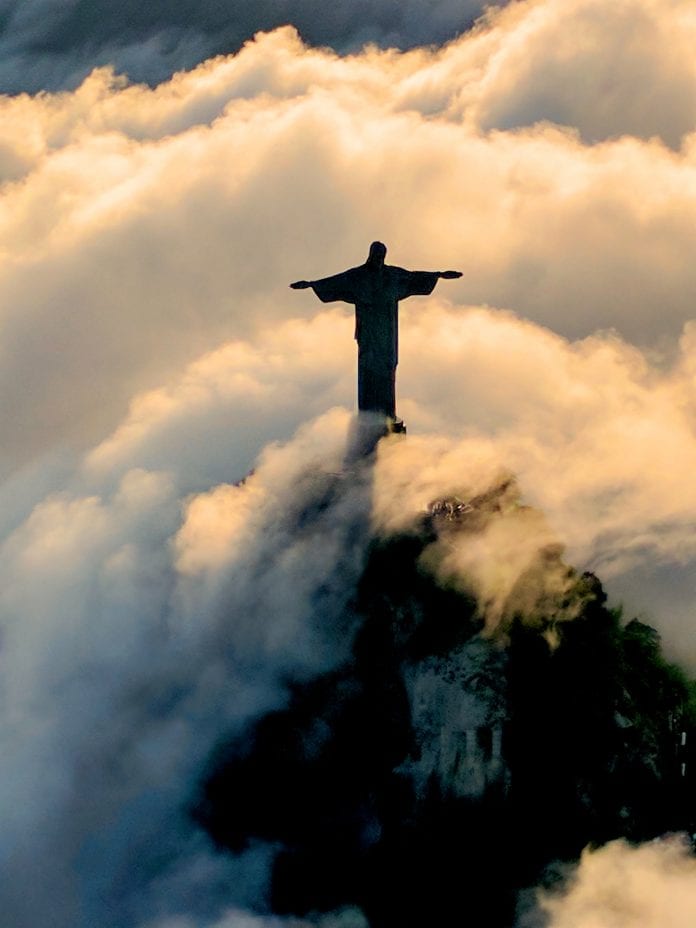 Many people have criticized Christianity and believers in Jesus Christ as being too narrow-minded because we preach that Jesus Christ is the only way to salvation. They point to the numerous other religions of the world and say, “How can your way be the only way?”

One of the answers to this question is that Jesus himself declared that He was, in fact, God in the flesh.

Jesus did not give Christians any other option but to preach that it is only through faith in His sacrificial death on Calvary that we can receive salvation from our sins.

Jesus claimed to be God. We have to judge his statements about himself as either true or false.

The great British writer, C. S. Lewis, explained in his well-known book, Mere Christianity, “A man who was merely a man and said the sort of things Jesus said would not be a great moral teacher; he’d either be a lunatic — on a level with a man who says he’s a poached egg — or else he’d be the devil of hell. You must make your choice. Either this man was, and is, the Son of God; or else a madman or something worse.”

“You can shut Him up for a fool, you can spit at Him and kill Him as a demon; or you can fall at His feet and call Him Lord and God. But let us not come up with any patronizing nonsense about His being a great human teacher. He has not left that open to us. He did not intend to.”

It’s Not About Me

Some people believe that all the religions in the world are basically the same. But that simply is not true. Christians, Jews, and Muslims believe in a personal God who has revealed Himself to mankind. Buddhists and Hindus believe God is impersonal and unknowable. But God cannot be both personal and impersonal — both concepts cannot be correct.

But Christianity is also different from all other religions of the world in one other vitally important concept — the idea that God reached out to man to save him because man was helpless to save himself.

But in all of this, the striving after righteousness is based on the religious activity of the man or woman. In every other religious system besides Christianity, a spiritual scale hangs over the head of the individual, with all of the sins they have committed on one side and all of their righteous deeds on the other. The person never knows whether they have been good enough, or prayed enough, or worked hard enough to earn the righteous points needed to counter their earned sins.

But the Christian Bible teaches that man is a sinner and could never earn salvation by what he or she did.

For everyone has sinned; we all fall short of God’s glorious standard. (Rom. 3:23, NLT)

We are all infected and impure with sin. When we display our righteous deeds, they are nothing but filthy rags. (Is. 64:6a, NLT)

The apostle Paul makes it clear that salvation is available only through the sacrifice that Jesus Christ made when he carried the sins of the world on the cross.

For God made Christ, who never sinned, to be the offering for our sin, so that we could be made right with God through Christ. (2 Cor. 5:21, NLT)

Jesus never sinned. So He was the only one who could pay the price and carry the sins of all people who ever lived upon himself on the cross. He was the sacrificial lamb who took upon himself the sin of the people.

This salvation comes only through the grace of God toward man, and we can only receive it by faith — not by any deed that we could ever do.

For by grace you have been saved through faith, and that not of yourselves; it is the gift of God, not of works, lest anyone should boast. (Eph. 2:8-9, NKJV)

Any plan of salvation that is based on the efforts of man is doomed to failure. But the Bible tells us that salvation has been made available to us because Jesus came to earth and bore our sins on the cross.

For God so loved the world that He gave His only begotten Son, that whoever believes in Him should not perish but have everlasting life. (John 3:16, NKJV)

Jesus Christ declared himself to be the Son of God, the Savior of the World. Now you need to decide how you will respond to his call to “follow me.” He declared that He alone is “the way, the truth, and the life — no one can come to the Father, except through Me.”

Will you take the next step now? Will you trust Him to be your Lord and Savior?

Put your life into His hands now. Do what He asks you to do. His yoke is easy and His burden is light. He asks you to believe in Him. He asks you to honestly confess your sins to Him and to receive His complete forgiveness. He has a special gift that He wants to give you — eternal life.

Dr. Craig von Buseck is a published author and the Digital Editor for Inspiration.org, the official website of Inspiration Ministries. He is a contributing writer for CBN.com, MTL Magazine, Charisma Magazine, and Generals.org. He holds a Doctor of Ministry and an MA in Religious Journalism from Regent University.