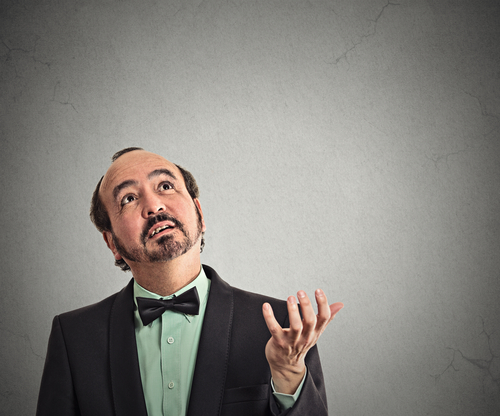 Do you find it difficult to figure out how God’s mercy and wrath go together? Maybe you stumble over God’s wrath, wondering how a loving God could be wrathful. Perhaps you doubt God’s mercy, thinking God could never forgive you for the sins you’ve committed.

It’s interesting to see how which you prefer affects how you behave toward others. Those who readily embrace the concept of God’s judgment often lack mercy, and become judgmental towards those who they regard as in the wrong. On the other hand, many who overlook sin in the name of tolerance lean toward relativism and hold less tightly to the objective truth of God’s Word.

The problem is we think that God’s mercy and wrath are opposed to one another, when they actually serve the same purpose: to bring God glory. How do they fit together? And how might seeing the way they fit together help us become more merciful people?

Jesus’ little brother has some answers for us.

Mercy and wrath in the Letter of Jude

Although we don’t know much about Jude, scholars conclude that he is a half brother of Jesus because he introduces himself as the “brother of James” (1). The only James during the New Testament era who was so well known that he could be recognized by just his first name is the early church leader who Paul describes as, “James, the Lord’s brother” (Gal. 1:19). If Jude is the brother of that James, then he is also the brother of Jesus.

When you read through Jude’s letter, it is easy to see his merciful heart shine through the ink. In this letter that exposes false teachers who have crept into the church, Jude has much to say about God’s mercy and love.

Jude addresses his readers as, “beloved in God the Father” (1), and he wishes that, “mercy, peace, and love be multiplied” to them (2). He exhorts them, saying, “keep yourselves in the love of God, waiting for the mercy of our Lord Jesus Christ” (21). Jude even calls his readers to show mercy toward others, whether they are doubting aspects of the faith (22) or are caught up in egregious sin (23).

Yet, despite how highly Jude lifts up God’s love and mercy in Christ, he by no means shies away from the fact that God will judge those who reject him.

Jude tells his readers that the false teachers who were trying to influence them were, “designated for this condemnation” (4). He surveys examples of judgment from the Old Testament: the Exodus generation, the fallen angels, the people of Sodom and Gomorrah, Cain, Balaam, and Korah (5-7, 11). After revisiting the past, Jude points their eyes toward the future, when Jesus will return, “to execute judgment on all and to convict all the ungodly of all their deeds of ungodliness that they have committed in such an ungodly way, and of all the harsh things that ungodly sinners have spoken against him” (15).

Is this really the same letter? How could someone write so expressively about God’s love and mercy, yet so harshly about his wrath and judgment?

The gospel: The logic that holds God’s mercy and wrath together

Both these concepts are present in the gospel. If we lose either one, we lose the full message of what Jesus came to do for us, and why.

In one, single act, God showed his amazing mercy by pouring his wrath out on his Son. Jesus received judgment in our place so that we might receive God’s grace instead.

If God’s wrath for sin is minimized, his holiness is compromised and Jesus’ sacrifice becomes pointless. But if God is not showing mercy for sin at the cross, the crucifixion becomes an act of divine child abuse. But since both are at work, God’s mercy is glorified (we are saved from judgment!) And God’s wrath is justified (we all truly are sinners who deserve condemnation).

How the gospel makes us more merciful

Often people emphasize either wrath or mercy out of fear of the other. What if we become so merciful that we are accommodate and enable sin? What if we are so hard on sin that we become judgmental? If you’ve felt either of these dilemmas, Jude provides a solution.

Jude applies the gospel to the lives of his readers by moving from what God does for us in Jesus to how we ought to relate to others. Jude urges his readers to “[wait] for the mercy of our Lord Jesus Christ that leads to eternal life. And have mercy on those who doubt…” (21-22). The gospel makes us merciful.

But rather than minimizing sin, Jude advises us to show mercy with a clear understanding of how wretched sin is. That is why he also says, “show mercy with fear” (23). It is precisely because you understand how grave a situation it is to be under God’s wrath that you extend mercy to those have not yet received it.

When you realize how gracious God has been to us in showing us his mercy through Jesus, it makes us much more merciful toward others. We have been saved from wrath, though we could never earn it or deserve it. Therefore, we show mercy to those who continue to reject Christ, that they too may be rescued from the wrath that is to come.

Eric McKiddie serves as Pastor for Gospel Community at the Chapel Hill Bible Church  He helps pastors grow as well-rounded ministers of the gospel at his blog, Pastoralized, and through sermon coaching. Follow him on Twitter: @ericmckiddie.