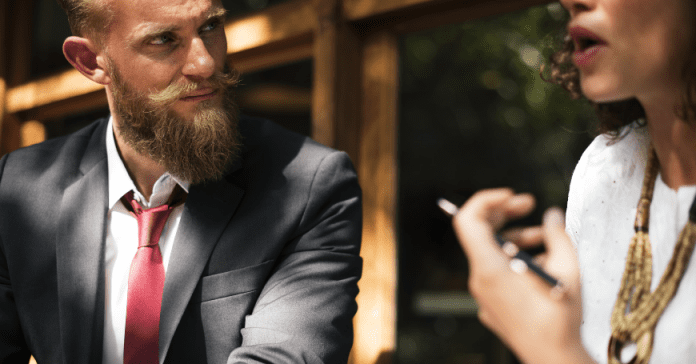 It’s been over a decade since I first wrote Questioning Evangelism, which included a chapter with the same title as this article. It was the most difficult chapter of the book for me to write (with the possible exception of the chapter on compassion that I gave the provocative subtitle: “What if I don’t care that my neighbor is going to hell?”).

Christians have always faced the charge of being called hypocrites. But it seems that the accusation is increasing in both its frequency and its intensity in recent days. Sadly, there has always been some basis for the complaint by non-Christians. There are hypocrites in the church, and they do give the gospel bad press. And their number does not appear to be dwindling.

So, the challenge for Christians remains: How do we respond when people ask, “Why are there so many hypocrites in the church?” What do we say if they use more colorful words than “hypocrites”?

We first need to remember the complexity of the question. People ask it for a variety of reasons from a variety of vantage points. If we treat all situations the same, we’ll fail to respect people as individuals. To be sure, some people act like jerks themselves in their attacking. We would be wise to respond carefully, remembering to “not answer a fool according to their folly, lest we be like them” (Proverbs 26:4). At the same time, we must “answer a fool according to his folly, or he will be wise in his own eyes” (Proverbs 26:5).

But not all askers are fools. Some have experienced great pain because of horrific sin perpetrated by Christians. Some are genuinely confused. Some ache for relation-ships that are not tainted by sin, and some live on the razor edge between despair and hope. The gospel is good news for all of these people.

We should weave the following considerations into our response:

• We should join people in their rejection of sinful actions. When appropriate, we should empathize with pain and agree with the offense of unrighteousness.

• We should ask questions to discern why they’re asking the question. Different postures deserve different responses. Sometimes Jesus gave direct answers to questions. Sometimes he answered questions with questions. And sometimes he refused to answer questions when he knew people were insincere or trying to trap him.

Finally, we must remember and, at times, carefully explain, that we’re all not what we should be and our world is not what it once was (before the fall) or what it will someday be (after Jesus’ return). We’re in a time when all of reality is out of whack. We live in the “now but not yet.” As I wrote over a decade ago, “The church’s being earthbound bothers us because we’re destined for heaven, not for earth. Simply put, then, hypocrites are in the church because the church is still on earth, not in heaven.”

Randy Newman is the Senior Fellow for Evangelism and Apologetics at The C. S. Lewis Institute in the Washington, DC area. He is also an adjunct faculty at Talbot School of Theology, Reformed Theological Seminary and Patrick Henry College.

After serving for more than 30 years with Campus Crusade for Christ, he established Connection Points, a ministry to help Christians engage people’s hearts the way Jesus did. He has written four books and numerous articles about evangelism and other ways our lives intertwine with God’s creation. He is a frequent conference speaker and specializes in helping people of different backgrounds dialogue about issues of faith.