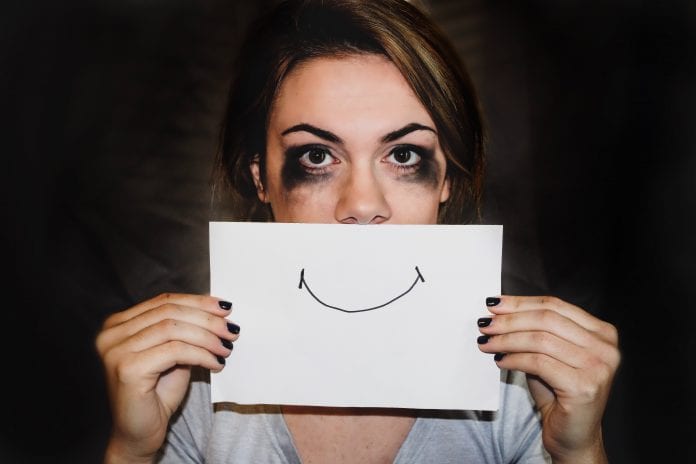 Shhhh, Mama’s still asleep. At age five, I stood on my tip-toes and reached in the pantry for the big jar of peanut butter and bread. Being careful not to scratch the kitchen floor, I inched a chair to the counter to make a sandwich. I wanted to eat while I walked to kindergarten. I even remembered to wash the messy knife.

But I was too loud.

Her feet stomped behind me. She held a belt in her fist. “Why haven’t you left yet!” She whipped my skinny legs. “Stupid, don’t you know anything?”

Then Mama handed me a quarter to buy candy. Maybe she’s sorry this time.

I bought a Hershey bar and inhaled sweetness through the dark wrapper. After a nibble, I decided to save for the rest for later. Something to look forward to. A patrol guard at school spotted my chocolate. She demanded that I hand it over.

Giving away my Hershey bar, I stared at the sidewalk. Peeking back, I saw the girl eat it. Don’t cry. I clicked my pretend control button to kill my feelings.

Even before age five, evil lies had wormed holes into my soul, heart, and memory:

You can’t trust anybody.

I added Patrol Girl to the list of people who’d hurt me. Self-hatred and bitterness settled in my heart like cement. 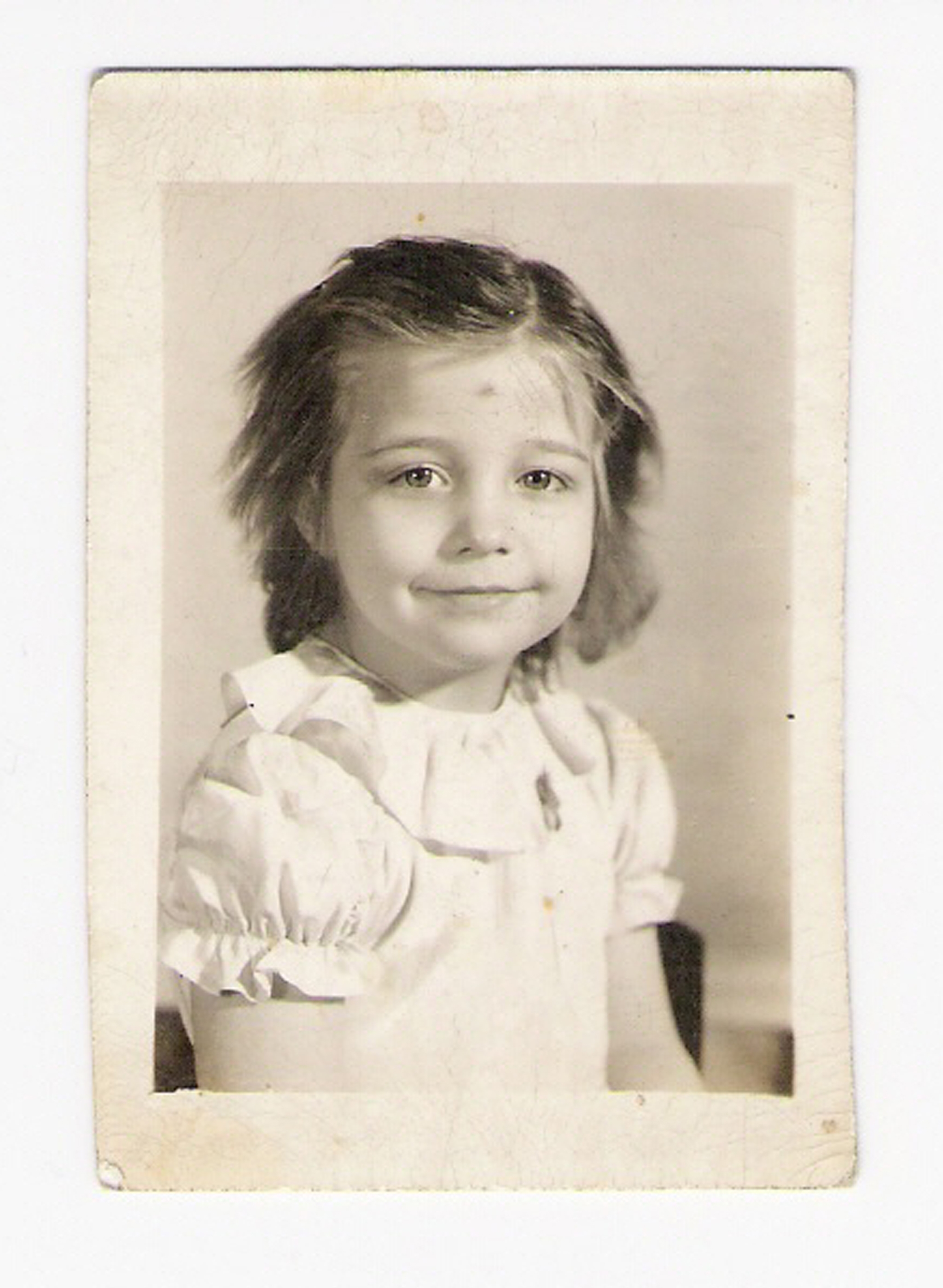 My school picture from second grade shows my desperation. Rather than face Mama’s wrath at my knotted hair, I cut out chunks of tangles. Even today, I see terror in those seven-year-old eyes and whisper healing truth:  “For I know the plans I have for you,” declares the Lord, “plans to prosper you and not to harm you, plans to give you hope and a future” (Jeremiah 29:11).

Daddy tried. He took me to church and we read the Bible together, but like everybody else, he was afraid of Mama. Surely God loved good church ladies, but me? At age nine, I asked Jesus into my heart. I entered the warm baptismal water and watched my white gown float. You can’t ever be good as an angel, but this is what it feels like.

The sparkling-clean feeling didn’t last long. Almost before my hair had dried, a relative sexually molested me. I told Mama. She called me a trouble-maker and beat me with a metal clothes hanger.

Later, my mother was diagnosed with paranoid schizophrenia, manic depression, alcoholism, and drug addiction. She believed everything that went wrong was my fault. So did I.

Like other abuse victims, I learned to disconnect from pain. But manifestations of physical, sexual, and emotional abuse clung like leeches — hives, bedwetting, promiscuity, drugs, and alcohol. My goal? To hide from myself. Escape the ugly, smelly, pest named Jan.

At seventeen, married, pregnant, and miserable, I added God to the snake-like list of offenders. Soon we divorced and I raised my son, Chris, alone. Years later, I remarried. Despite my college degree, name-brand clothes, and nice house, I remained a broken little girl.

Three months after the wedding, a drunk driver killed Chris. My only reason to live. I died too, leaving arms and legs, a blank face without a spirit. I didn’t eat, sleep, talk, or glance in a mirror.

God hates me. I can’t trust Him.

But out of my only son’s death, the holy sledgehammer of truth begin to chip away at my dead unforgiving heart. Miraculously over time, God resurrected me and changed my stony heart to a heart of flesh. He ministered healing through professional counselors, transparent women, and the Bible.

Numbly, I’d memorized scripture as a child. One morning pieces of Isaiah 53 returned to me like forgotten friends:

“He was despised and forsaken…

“He was pierced for our transgression…

“He was oppressed and afflicted …

“By His stripes we are healed…”

“Jesus, oh sweet Jesus. You understand. You were abused. God, Your only son died, too.” Kneeling in the den, I began to forgive those who’d hurt me — everybody from Patrol Girl to the drunk driver who killed Chris. Palms open and high, I released rage and cried, “I need You.”

Women everywhere, in malls, grocery stores, and at PTA meetings, appeared almost spotlighted. See her eyes? She needs My love. Those long sleeves hide bruises. That prostitute by the stop sign? She’s a child abuse victim. Smell the alcohol on your friend’s breath? She’s trying to escape.

Show them your scars.

Compelled by my ongoing healing, I wrote Set Free: God’s Healing Power for Abuse Survivors and Those Who Love Them. The book reveals the pain of six women. A part of me, of every abused child, lies in each one.

Meet Elaine, the daughter of evil; Liz, the keeper of shameful secrets; Debi, the prostitute; Gayle, the daughter of condemnation; Karissa, the party girl; and Gloria, the hardened heart. You might discover yourself or someone you know.

The child abuse statistics are harrowing:

Every two minutes a child is sexually assaulted.

We have an Advocate who understands. He’s been there, too. Despite the rawness of abuse, there’s healing and forgiveness bought through bloody redemption of our Savior.

Adapted from Set Free: God’s Healing Power for Abuse Survivors and Those Who Love Them, copyright 2005 by Jan Coates.