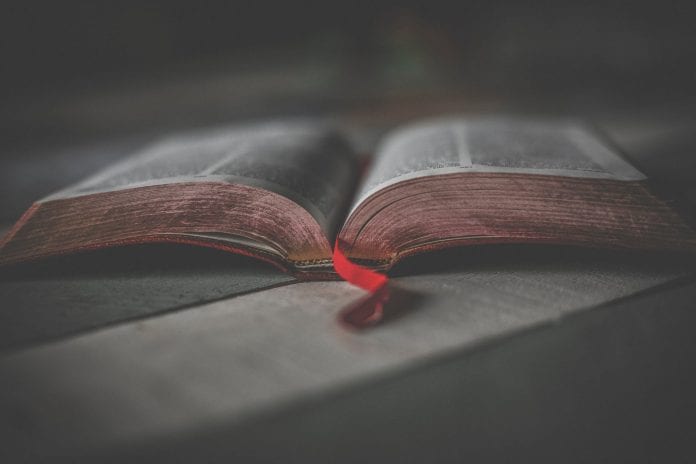 In a world that increasingly spouts and values “tolerance,” it’s no surprise that Christianity has become its most offensive religion. The “tolerance” I’m referring to isn’t tolerance by its true definition—it’s our culture’s redefined “tolerance”–one that demands we not only respect another’s views, but also accept and support them.

What’s so offensive about Christianity? The exclusivity of Christ tops the lengthy list–our belief that faith in Jesus Christ is the only way to Heaven. But this doctrine is just as crucial as it may be offensive; and as Christians we ought to eagerly extend the offer of our King’s love and redemption to those who don’t know Him.

Our current culture often misconstrues this offer of love and redemption as a message of hate and condemnation, and I have found the exclusivity of Christ to be the single greatest stumbling block for nonbelievers coming to faith.

If we are going to successfully defend this crucial doctrine of the exclusivity of Christ, it is not enough for us to be willing to fight; we also need to be equipped to fight. That means we need to be armed not only with the truth of God’s Word, but like the apostle Paul on Mars Hill (Acts 17), we need to be equipped with sound logical arguments and easy-to-understand illustrations that will transform Satan’s intentional false characterization of the gospel as a “message of hate” to a “message of hope.”

Is your congregation equipped? Here are a few things you can do to get them prepared:

Equip yourself to answer their questions: In my months of writing, researching and preaching about the subject, I have found seven core objections related to the exclusivity of Christ that Christians must be able to answer clearly and biblically—many questions they may be asking themselves.

In my book, Not All Roads Lead to Heaven, I provide biblical support for the doctrine of the exclusivity of Jesus Christ for salvation, and examine these seven objections in depth and provide easily digestible answers—answers I didn’t fully grasp or clearly articulate myself until after months of study. These objections include:

•You are being intolerant.

•Exclusivity encourages hatred toward people of other faiths.

•What about those who have never heard of Jesus Christ?

•What happens to children who die before they are capable of believing in Christ?

•How could so many people be wrong in their religious beliefs?

•How could a loving God send people to hell just for not believing the right things about Jesus?

Preach about the exclusivity of the Gospel:Christians are waffling, wavering, and in the process of ceding the bedrock belief of historic Christianity: Salvation is only available through faith in Jesus Christ. You may think I am exaggerating. Are Christians truly abandoning this essential belief? Consider the evidence before you discount the warning. A recent Pew Study revealed that 70 percent of Americans with a religious affiliation say that many religions—not just their own—can lead to eternal life. “That’s easily explained,” someone might argue. “Almost everyone in America has some religious affiliation, whether they are genuine Christians or not. But surely the statistic among evangelical Christians, who are known for their belief in the Bible, is different.” Not by much. A 2008 poll of 35,000 Americans revealed that 57 percent of evangelical church attenders believe that many religions can lead to eternal life.

What your congregation believes about the exclusivity of the gospel of Christ determines whether they will spend eternity in heaven or hell. In an inclusive culture, it’s important to stress the exclusivity of the gospel—even if you feel like you’re preaching to the choir, your congregation needs to be reminded of this doctrinal truth and the urgency to come to its defense.

Encourage dialogue Our only motivation for trying to convince people to trust in Christ for salvation is a genuine concern for their eternal safety. The only reason for insisting that Christ offers the only way to escape eternal death is that all other paths to God are spiritual dead-ends.

Encourage your congregation to equip themselves by learning the biblical arguments and practicing their answers in small group settings. The only way they will feel prepared to answer unbeliever’s objections is if they have practiced their responses and feel comfortable with the answers themselves. The more they practice, the more equipped they will become to defend their faith.

Remind them that souls are at stake. They are not out to win an argument; rather, the goal is to do the most loving thing we can for any person—to win him or her to saving faith in God’s only way to eternal life: through Christ alone.

It is time for those of us who have been called to be “ambassadors for Christ” (2 Corinthians 5:20)—not just pastors and missionaries, but every true follower of Christ—to refuse to allow our King’s offer of love and redemption to be intentionally, and falsely, portrayed as a message of hate and condemnation.

It’s time for us to courageously share the true message of the gospel with others, recognizing that the most loving thing we can do for anyone is to point him or her toward Christ as the only means of eternal salvation. If you and I give in to the current cultural pressure to be “tolerant” and refuse to push back against the enemy’s intentional perversion of the gospel, then we are essentially waving the white flag of surrender. And while we remain silent, thousands of people will perish.

Dr. Robert Jeffress is senior pastor of First Baptist Church in Dallas, Texas, and the author of Not All Roads Lead to Heaven (Baker Books, February 2016). To purchase this book, visit: http://ptv.org/shop/not-all-roads-pre/