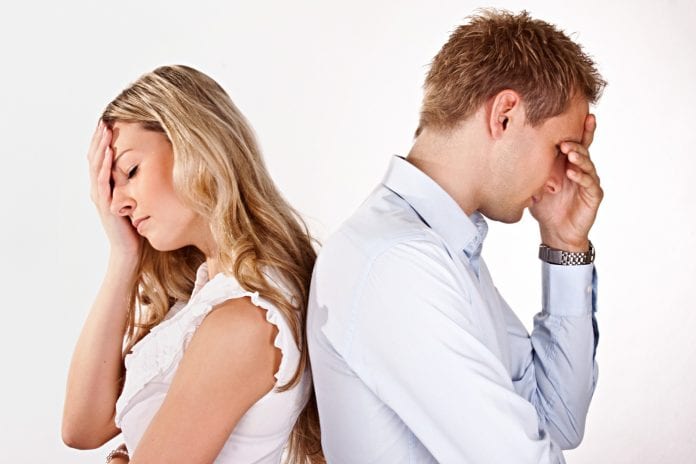 “Fear, anger, and despair are born on the grounds of wrong perception. And we have wrong perceptions of ourselves and the other person and that is the foundation for conflict, war, and violence.”

Hanh so eloquently helps us to understand that our wrong perceptions of both ourselves and others are not only the grounds for conflict but that they in essence fuel the fear, anger, and despair that are synonymous with conflict. So, if perception of our own self is fickle, how then are we to begin correcting someone else’s flaws or shortcomings? Our flawed selves inflicting our flawed perceptions of individuals and or circumstances are exactly what Hanh is describing as “foundation for conflict.” A more receptive approach when dealing with conflict is to focus not so much on trying to find an immediate answer, but focusing on both listening to your spouse and allowing your spouse to express their concerns fully.

Unfortunately, not just any old type of listening will do.

There has to be a depthness or certain level of attention in your listening. Hanh calls this type of listening “deep listening” or “compassionate listening.” Whichever term for listening you choose is totally up to you. The goal, however, is to use this time of listening to allow your spouse to express him-/herself and his/her views fully. It is also a time for you to gain clear understanding of their perspective on the matter at hand. This should be of value to you because it takes away your responsibility of having to be an on-call psychic.

By listening compassionately and deeply to your spouse tells you how they feel about a particular situation; you no longer have to go into some type of deep trance to try and figure out what’s really going on with your spouse.CLICK TO TWEET

Now, with that being said, let’s all agree right now to put our crystal balls away and let’s replace them with our ears, minds, hearts, and sincere attention. This way when we are listening, it is not just going in one ear and out of the other, but that it is actually taking root within us so that at a later time, once perspective has been voiced and clearly understood, you and your spouse can come together again with clear and concise insight and a mutuality on what is needed to find a resolution. We are aware that this is an area that is easier said than done; and though this is an area where we should be aiming for conflict resolutions, it is often the area we tend to go in the total opposite direction.

In one way or another, at some point and time, you will either offend or become offended.

One of the Greek descriptions of the word offend is to trip up or cause to stumble. What is realized from reading this description is that no matter what side of the “offend(ed)” track you’re on, the underlying intentional or unintentional motive is to cause one or both of you to fall. Fall into what, you ask? Fall into the vicious cycle of attacks on one another from our ill-conceived perceptions. This is why we should never buy into the notion that our best solution to any problem is to attack one another. No! That way of thinking, though common, should not be your method of resolution. Coincidentally, this is where we as humans tend to check out mentally the most. We become so engrossed with the situations that plague us that we neglect to attack the problem and, instead, systematically go right in for the kill on one another. This approach is almost guaranteed to have a negative result.

Compromise should be our weapon of choice.

Compromise, coincidentally, is often disguised in our conflicts. This compromise that is camouflaged in conflict, if navigated correctly, should ultimately pull you and your spouse closer together. The fact that you are having conflict in your marriage is normal and healthy and is also just a tool to reveal your differences. Don’t be misguided by what conflict “appears” to be. If you do, then this will definitely be the area where you and/or your spouse will inevitably get tripped up. Conflicts and disagreements should be the vehicle that transports strength to your marriage by bringing attention to and highlighting the areas that you are either lacking in or that need to be addressed.

How you choose to handle conflict will greatly determine how often it shows up in your marriage.

Think of conflicts as pop quizzes. Come on, you remember the days when you were in school and the teacher or professor would just come out of nowhere and say this devastating phrase, “Alright class, pop quiz!” There would be a sudden burst of panic, you’d sweat bullets, and ask your best friend if they knew the answers, etc. This is often what conflict feels like. It just comes out of nowhere and says to you and your spouse, “Alright class, pop quiz!” You almost never see them coming, but just like in school, in marriage things that just pop up and catch you off guard are going to happen. Musician/pianist, Herbie Hancock, during an interview recalls an instance when playing with legendary trumpeter Miles Davis, which he (Hancock) played what he thought was a bad chord right in the middle of Davis’ solo. Hancock cringed at what he perceived he had totally messed up. Davis, on the other hand, paused for a moment and then played notes within his solo that ultimately made what Hancock played sound correct. Much like this incident between Miles Davis and Herbie Hancock, how you handle the differences that arise is a key player in the success or demise of your marriage. You have to be able to see the glass as half full rather than half empty. More importantly, you must listen and know your spouse well enough to see or in this case “hear” what he/she got wrong and take the initiative to turn it into something right without pointing out their wrongs. 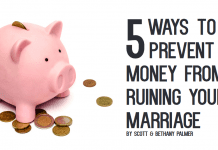