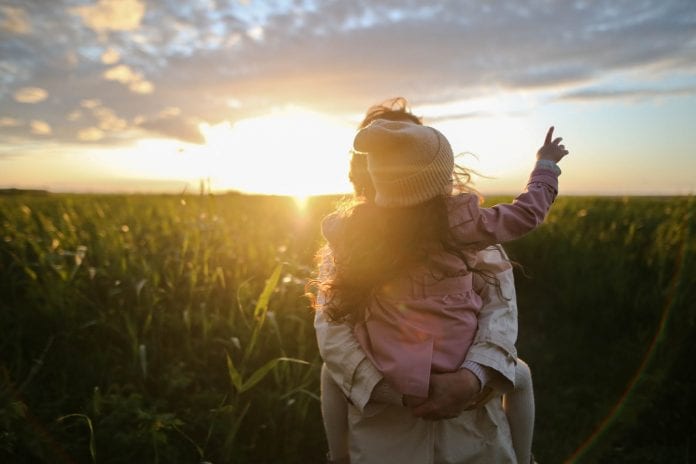 Sitting at my desk, I struggled to make sense of the words scrolling across disturbing images on the local evening news.

Earlier in the day, a baby’s body had been found wearing only a diaper in an industrial dumpster by a couple searching for scrap metal. Police would investigate to determine the identity of the child and its parents. My stomach clenched.

I searched online for the reporter who’d broken the story and called him to ask what would happen to the baby. He directed me to call the City Coroner who informed me the baby’s body would be “disposed of” when the case was closed. When she explained that the corpse would be placed in a mass grave, a jolt of indignation shot through my frame. What she was describing sounded more like Rwanda or Auschwitz than Indianapolis.

Before we hung up, the coroner had promised to keep my name and number on file so when the case was closed I could give that precious baby a funeral with dignity.

For the next fifty-six weeks, as I prayed for the baby and the family who’d lost him, Deputy Coroner Al-farena Ballew received a phone call from me every single week.

A few months after we’d first spoken, I made my weekly call to the coroner I now knew as “Alfie.” She still had no news for me.“But,” she offered, “I was just about to call you.”

My curiosity was piqued.Alfie told me about a five-month-old-baby who had died of natural causes and then been abandoned at the coroner’s office. He’d been there a month, and after repeated phone calls to the family, no one had claimed his body. Alfie asked if my “organization” wanted to help.

In that moment I heard the gentle whisper of God’s voice, “This baby needs a family, and I’m in this with you. I’m all you need.”

More afraid of ignoring God’s voice than I was of the absurd adventure He’d seemed to call me to, I agreed to meet with Alfie. The following week, surrounded by family and friends, I was burying baby Zachary in a gown embroidered with his name in pale blue letters. My friend Jenn sang Brahms “Lullaby and Goodnight” as those who’d never met Zachary in life shed tears of sadness.

God had convinced me that Zachary’s short life, like that of the child who’d been tossed in a dumpster, was precious. And though, on that cold winter day Zachary’s small casket was lowered in the ground, I couldn’t see what God had planned, the conviction that every life mattered to God continued to drive me.

After Zachary’s burial, Alfie, still under the mistaken impression I was part of a larger organization, called me again.“Do you buy headstones for people?”

I didn’t know. But I wanted to hear more.

Alfie told me about a thirteen-year-old-boy, named Tim Bray, who’d drowned in a city pool where he was goofing off with friends one evening after the pool had closed. “The mom,” she explained, “is really grieving.”

Though I still couldn’t see what lay ahead, I knew I wanted to meet Tim’s mom, Addy. When I met Addy a few days later in Alfie’s office, I wanted to do whatever I could to help her honor Tim’s life with a dignified burial. Reconnecting with some of the contacts at the funeral home and cemetery I’d made when Zachary had been buried, I began to make plans. Part of those plans included having a neck-lace made for Addy with Tim’s name engraved on a charm.

She swore she’d never take it off.The following summer, Addy and I conspired to offer swim lessons to neighborhood children at the pool where Tim had lost his life. Now, each summer, the program designed to honor Tim Bray continues to teach children in his urban neighborhood to swim.

Though I never had any interest in creating an organization, He Knows Your Name became the ministry umbrella that would shelter wherever God led. It unfolded organically as I listened for God’s leading when re-quests came my way.

The Baby Had a Name

Thirteen months after my first call to Alfie, she called to tell me detectives had found the mother of the baby in the dumpster. Nichole Moody had given birth the previous year, but her son had not lived. When detectives told her they believed they’d found his remains, she refused to believe it because her son had been cremated. Nichole was devastated when she learned the funeral home that had taken possession of her son had dis-posed of his body illegally.

The day after she identified her son’s body at the morgue, Nichole and I met at the coroner’s office. Nichole was clearly undone and visibly agitated. Alfie introduced us and explained to Nichole who I was. I could tell by the expression on her face that she was dubious.

After the awkward introductions I learned that her child’s name was Nicholas. After our conversation, I explained, “I loved your child, and I love you. I have wanted to give this baby a proper burial, and it’s still something I’d like to do. It’s a gift I’d like to give to you. Do you think you can trust me?”

Knowing the weight of what I was asking, I quickly interjected, “Don’t answer. Sleep on it and pray about it. Decide if you can trust me, and I’ll call you tomorrow.”

Graciously, the following day, Nichole agreed. As we planned the service, I learned Nichole had an abortion twenty-three years earlier. She’d always held that child in her heart as her daughter, Natasha. When we buried Nicholas two weeks later, Nichole was wearing a charm I’d given her with the names of both of her children. Both lost. Both loved.

God continued to provide opportunities to serve children and families. Sometimes a huge crowd of family and friends would show up at the graveside services where we’d worship together in a church without walls to celebrate the lives of their loved ones. Other times, when infants had no known kin, as it had been with Zachary, men, women and children who’d never known them would show up to honor the lives of precious ones they’d never met.

In an education I never would have chosen, I began to learn there were all different kinds of abandonment. Dead babies were left unclaimed at the coroner’s office and at hospital morgues. Infants were abandoned in state parks and residential neighbor-hoods. One girl died at the hand of temporary caregivers while her moth-er was in prison. Some grieving families simply lacked the resources to honor their lives with the dignity they desperately longed to give. Honestly, as I’ve walked through each door God has opened, every situation has been unique.

This ministry of He Knows Your Name isn’t one with a five-year plan. Honestly, we don’t even operate on a one-month plan! As a follower of Jesus, eager to join the Spirit-led work of His kingdom, my only strategic plan is to stay connected to the Vine so I can hear what God has for me next. That first “yes,” the one that led to my friendship with Nichole and allowed us to honor her children and bury Nicholas with dignity, changed my life. I pray, and expect, that your next “yes” to the nudge of God’s can change yours.

Linda Znachko is the author of He Knows Your Name and founder of the ministry He Knows Your Name, which gives children a name in life and dignity and honor in death. She also partners with mothers who do not want their children’s legacies to be the circumstances of their death. Her aim is to assist the grieving in finding healing and purpose in knowing every life is sacred to God. A sought-after speaker, Znachko works to bring attention to the problem of abandoned, unwanted and marginalized children.