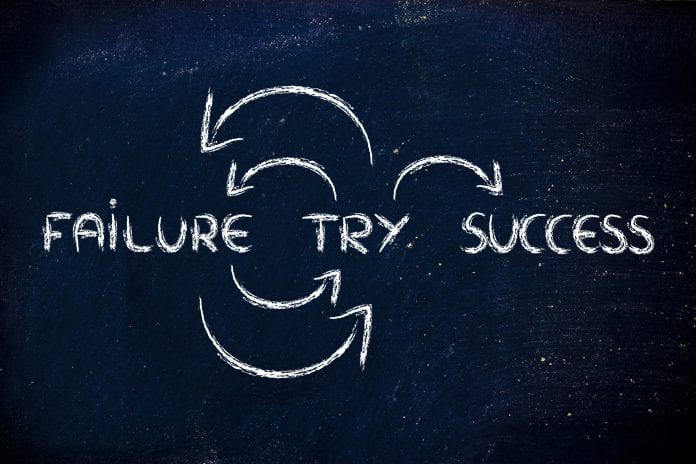 In Luke 22, Jesus is trying to prepare His disciples for the events to come. Later that day Jesus will be seized by a group of officers from the chief priests and taken before the Jewish leaders to be condemned. Jesus warned Peter in verses 31 and 32, “…Satan hath desired to have you, that he may sift you as wheat: But I have prayed for thee, that thy faith fail not…”

Matthew 14 tells us that after he began to walk on the water, his focus changed from Jesus’ instruction to the wind. Focus creates power. The wind began to sift Peter’s faith. He cried out to Jesus to save him, and Jesus caught him and said something that sounded strange to me. “O thou of little faith, wherefore didst thou doubt?”

The original Greek text of this passage says, “O, thou of brief faith, what caused you to waver?” To fully understand Jesus scolding Peter for having brief faith, you would have to read the events that preceded this story in the first part of Matthew chapter 14. Jesus had been healing multitudes of people all day. He supernaturally fed 5,000 men, plus the women and children. They then took up 12 basket full of leftovers.

Peter had just experienced all of those miracles. Maybe now you can understand why Jesus said to him, “O, you of brief faith. What caused you to waver?” Jesus wanted Peter to identify what caused what I would consider Peter’s powerful faith to have brief duration. Jesus called it little faith, because it only endured for a short time. Jesus didn’t compliment Peter’s amount of faith or the greatness of faith that empowered him to walk on the water. No matter how powerful it was, it only lasted for a short period of time so Jesus called it “little faith.”

You will experience faith fights. Some of the greatest testimonies in the Bible resulted from the greatest struggles. You will never have a great testimony without having a great trial. The trial will come as something tries to riddle or sift your faith.

It almost feels strange when James 1:2 says to count it all joy when you fall into different temptations. Verse 3 says, “knowing this, that the trying of your faith worketh patience.” The word patience in this verse means constancy or endurance.

There is a promise in verse 4. “Let patience (constancy, endurance) have her perfect work, that ye may be perfect and entire, wanting nothing.” James said if you have constant faith, you will get everything you believe for… you will lack nothing! Don’t forget you are in a faith fight. But 1 John 5:4 says that your faith overcomes the world. That means if your faith endures and doesn’t quit, you win.

There are four things you will have to How I BEAT The ODDS By Dr. Charles Vance fight against in your fight of faith. They are:

4) Opinions of other people

In Mark chapter 5, Jairus had to fight the unbelief that rose up within himself because of the report of his daughter’s death. In the same chapter of Mark, the woman with the issue of blood had to fight her way through her own pain and weakness, in addition to fighting her way through the crowd to get to Jesus and receive her healing. In Mark chapter 10, Bartimaeus was told to shut up by the crowd.

The only way to have victory is to engage in a battle that you finish. To win a fight, you must endure to the end. You will discover when you win the fight of faith that everybody is not thrilled. You can expect opposition when you get close to the promises of God. Don’t expect everybody to celebrate your victories.

How do you fight the fight of faith? First, an attack against your faith should be flattering. You can’t have a fight of faith if you don’t have any faith. Just the fact that your faith in God’s Word is in a fight is proof you have faith!

Your faith needs be able to endure for a long time if necessary. It is not difficult to have enduring faith when everything is going well. But when things and people begin to distract your faith, you need faith that endures. The duration of your faith will be determined by how often and how long you expose yourself to something.

Abraham was called the “father of them that believe.” He would not stop believing God. Romans 4:21 says he was fully persuaded that what God promised, he was able to perform. The words “fully persuaded” mean to “carry out fully.” That meant Abraham was going to complete his faith. And verse 19 says he would not consider the circumstances. In the same chapter, he is described as being strong in faith.

I believe much of the time the church has interpreted strong faith as huge in quantity. Faith with results is always enduring faith. It is better to have faith for small things that won’t stop than to have faith for huge things and only have it for a moment.

Have you ever heard this old saying? Quitters never win and winners never quit. It’s up to you. You can quit and lose or never quit and win.