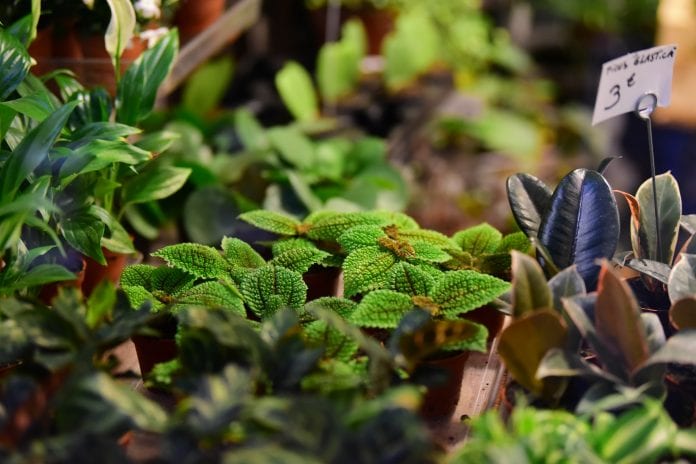 Though widespread use of herbal medicines is relatively new to North America, these same compounds have been prescribed for centuries in China as well as England and Germany, where they are standardized and closely regulated (a luxury we, unfortunately, do not yet have in America).

Herbs are active compounds—not merely harmless plants without a purpose. If your capsule, pill, or tea has in it what the label says it does, the herb can effect change in your body. But there is also a downside to this action. Many of us have become so relaxed about munching down herbs that we don’t think of (or know) the ramifications of our munching.

The biggest area of concern involves surgery. Did you know that many—if not most—herbs could cause surgical complications? Because of this major issue, the American Medical Association issued the following guidelines for herbs, outlining which need to be stopped up to a week prior to surgery, as well as their possible complications:15

WARNING: ALWAYS tell your doctor and anesthesiologist what herbs and supplements you are taking, because they may want you to stop them even earlier than these recommendations.

Herbal Supplements in Drinks and Foods

Supplements are popping up in unexpected places these days beyond the vitamin section in your grocery store and drugstore. Your grocer’s soft drink section has juice drinks by companies like SoBe, Snapple, and Arizona that are supplemented with a wide range of herbs and extras, in addition to snack foods and even cereals fortified with non-vitamin supplements. The drinks are something I especially advise you to be aware of. They seem like a healthy juice alternative to soda pop, but you are getting a lot more than juice. I was introduced to these when my son came bounding in from an outing—obviously wired! I asked if he had just had caffeine, and he handed me his SoBe juice drink. The fine print revealed that this variety was packed with several supplements including a hefty dose of the caffeine-like stimulant guarana. If you, your family, or friends want to try these drinks, read the fine print first, since every flavor has a different combo of herbal and other supplements inside.

Which Herbs Are Thumbs Up?

Garlic We have many good reasons to use and take garlic beside the delicious culinary ones. Garlic acts as an antioxidant (from allicin, an active ingredient), enhances the immune response, and acts as a blood thinner, so it may help prevent blood clots, heart attacks, and strokes. In some studies, it was also found to at least temporarily decrease LDL cholesterol. If you use fresh garlic, you have to crush the cloves to activate the allicin, and then let it sit for ten minutes before using so it can convert to the most healthful form. There are a few forms to choose from if you would like to get the garlic benefits daily: Eat six cloves of fresh garlic per week (which is the most potent form), or take powdered garlic (look for one that gives you 5,000 mcg of allicin per day), or ‘‘AGE’’ garlic—which is garlic that was aged to increase the antioxidants inside and ends up odorless. You need 1,200–1,600 mg of AGE per day; it is sold under the name Kyolic.16

Echinacea With all our advances in medicine we are still looking for the cure to the common cold. However, for some people, echinacea appears to at least shorten the course and decrease the symptoms of a cold (up to 50–60 percent in one study).17But the catch is that you need a reliable formulation. ConsumerLab.com assessed twenty-five different echinacea products and found only fourteen that passed inspection. I can share three with you (you may see the other eleven at their subscription site www.ConsumerLab.com): Herbal Authority Echinacea 400 mg, Nutrilite Triple Guard Echinacea, and Tom’s of Maine Natural Echinacea Tonic with Green Tea Liquid Herbal Supplement—Ginger Orange.18

Echinacea works better once you get a cold—not as a cold prevention herb. Furthermore, do not take it for more than eight to ten weeks straight or it can decrease your immune system rather than strengthen it.

Ginkgo Biloba This herb comes from the leaves of the ancient ginkgo biloba tree, but its action is to make your brain function as if it were not ancient! More than thirteen million Americans take this antioxidant herb to help with memory and mental function, and to improve their circulation. Research studies confirm that ginkgo appears to help with all these things, and it increases the oxygen supply to all parts of the body and brain. Studies also have found that it may help stabilize and delay the progression of Alzheimer’s disease.19

Valerian Valerian is like ‘‘herbal Valium.’’ Studies show that valerian actually triggers the same receptors in the brain that Valium does, causing a calming and sedating effect and helping one to sleep, but without some of the side effects associated with Valium. It cannot be used in quite the same way as Valium (like for a single sleepless night), because it can take up to one to two weeks to effectively help. Plus in higher doses, you can awake feeling a bit groggy. A few people find that they have the opposite reaction to valerian and end up stimulated instead of calmed.

St. John’s Wort (Hypericum Perforatum) For an herb that has been studied as much as this one has, you would think we would know how well it works, but we don’t. Most of the studies done on St. John’s Wort have been on small groups of people, or the studies were not that well designed. These studies seemed to support that it may help for mild to moderate depression. But a recent randomized clinical trial found that the herb was not any more effective than a sugar pill when given for major depression.20 The National Institutes of Health is currently doing a well-designed study, so perhaps the verdict will be clearer after that. Just because it is ‘‘natural,’’ do not think it is entirely safe. Beware of many serious drug interactions with St. John’s Wort, including birth control pills, the blood thinner Coumadin, the transplant drug Cyclosporin, and others.

Kava Danger: possible liver disease in users! This herb has become popular because of its calming effect, but recently at least thirty cases of severe liver damage were connected to kava in Germany, so several European countries have banned the herb.21 The FDA has also received reports of serious reactions. It may be best to stick with chamomile tea for a calming effect and skip the kava.

Taken from A Woman’s Guide to Good Health by Carrie Carter, M.D. Used by permission of Fleming H. Revell, a division of Baker Publishing Group, copyright © 2006. All rights to this material are reserved. Materials are not to be distributed to other Web locations for retrieval, published in other media, or mirroried at other sites without written permission from Baker Publishing Group. Carrie Carter, M.D., has been a primary-care physician for over fifteen years. She is an award-winning author of two books, a magazine columnist, and a national speaker, and she has appeared as a medical expert on over one hundred national and regional radio and TV programs.