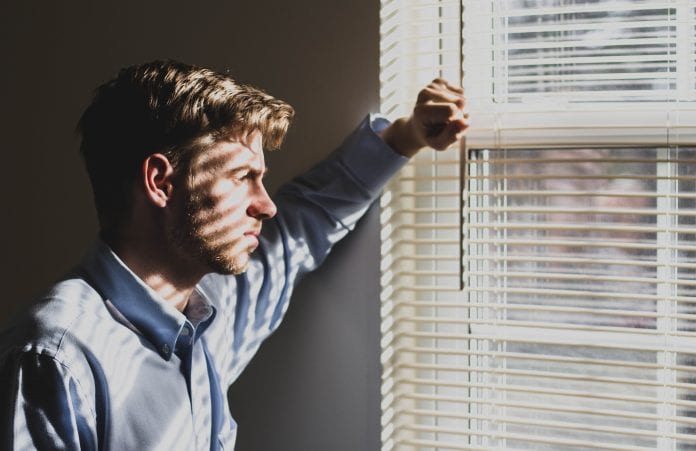 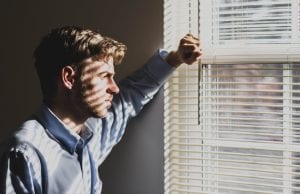 This Orwellian nightmare we are living has given rise to people who one day are
eating Tide Pods, and the next have become alleged experts in matters of our
Constitution and the 1st and 2nd Amendments specifically. These clueless zombies and
everyone like them are nothing but “props” for the satanic media like CNN, MSNBC,
ABC, NBC, CBS, FOX News, The New York Times, The Washington Post, et al .

Some people might think, Mike you are a little harsh. I remind those people of this:
Jesus said, He who is not with Me is against Me; and he who does not gather with Me
scatters (Matthew 12:30). Let me zero in on those people that should care the most
about these developments.

Christian, are you bringing people to the truth or are you allowing them to remain in
their deception? Here is the sad and ugly truth: Christians in large numbers have left
the field of battle. They have surrendered without a fight. They have decided that it is
easier to not gather with and for Jesus than it is to stand against the endless onslaught
of cultural vitriol aimed at Christians and Christianity.

The Apostle Paul said, “ For the wrath of God is revealed from heaven against all
ungodliness and unrighteousness of men who suppress the truth in
unrighteousness” (Romans 1:18). Where is this message to those who are attempting a
visible coup of our government today? Listen to me friends; suppressing the truth is
unrighteousness in the Kingdom of God.

Let’s chat about our Constitution and the 1 st and 2 nd Amendments specifically. This
might come as a news flash for some people, but our right to keep and bear arms is
not secured by the 2 nd Amendment. These Luciferian Progressive Marxists think if
they can instigate enough ignorant people to act out their ignorance they can somehow repeal the 2 nd Amendment. First of all, that’s not going to happen and
second even if it were to take place the 2 nd Amendment doesn’t change the legal status
of gun owner’s one iota.

The reason is this: the 2 nd Amendment is directed at the Federal Government and
prohibits the government from infringing on the rights of every American. These
rights are natural and God-given, and listen to me friends: these rights preexist
government.

Here’s a real quick civics lesson – The Declaration of Independence enumerates
several essential principles for every freedom and liberty that Americans have
historically enjoyed. I say historically because the Luciferians among us are doing all
they can to enslave us to a tyranny on the way to an apocalyptic future.
Every man or woman is endowed by God with fundamental rights. These include life,
liberty, and the pursuit of happiness. So, because people’s rights are natural and God-
given, they pre-exist government. Our rights come first and the government comes
second.

Ron Paul captures the essence of our dilemma succinctly.

A big potential problem arises: The possibility, even likelihood that the government
itself will end up infringing or even destroying people’s rights. That possibility deeply
concerned our American ancestors. They were convinced that government itself, not
some foreign entity, constituted the biggest threat to their freedom, privacy, property,
and pursuit of happiness. That’s why they were not terribly enthusiastic about approving the Constitution. If they hadn’t approved it, the United States would have
continued operating under the Articles of Confederation, under which the national
government didn’t even have the power to tax people.

The American people finally decided to go along with the deal. The biggest argument
that finally sold it to them was that the U.S. Constitution, which called the federal
government into existence, strictly limited the powers of the federal government to
those few powers that were enumerated in the document. Those enumerated powers
did not include the power to infringe or destroy people’s natural, God-given rights —
rights, and again, that preexisted the federal government.

In fact, if the government did infringe on people’s natural, God-given rights, it would
be violating the very reason that people call governments into existence — to protect
the existence and the exercise of their rights.

So why then was the Bill of Rights necessary? In a technical sense, it wasn’t. Since the
powers delegated to the federal government were enumerated in the Constitution and
since the delegated powers did not include the powers to control what people read or
owned (including books and guns), the Bill of Rights was essentially superfluous.

In fact, some people even argued that by enumerating some rights in the Bill of Rights
that might be construed to mean that those were the only rights that were being
protected. That’s why the Ninth Amendment was enacted — to point out that that
was not the intention.

The reason the Bill of Rights was enacted was because of the deep concern that our
American ancestors had about the threat that the new federal government would pose
to their rights and liberties. They believed that this government — their government

— would inevitably end up doing what every other government in history has done
— destroy their rights.

That’s why they enacted the Bill of Rights — to hammer the message home that the
American people were expressly prohibiting the federal government from traveling
the road to tyranny that all other governments in history had travelled.

But notice something important about the Bill of Rights: It gives no one any rights.
Instead, it prohibits the federal government from infringing or destroying rights that
already exist. it really should have been called a Bill of Prohibitions rather than a Bill
of Rights.

What happens when a government infringes or destroys the rights of the people? The
Declaration of Independence gives us the answer: It is the right of the people to alter
or even abolish the government and institute new government whose powers are
limited to its legitimate function. That’s a right that every American living today
should keep in mind.

It’s Time to Stand Up

I’m sick of what I see in our nation AND in the Church today. Christian, you must
get your house in order. Stop living a flannel graph Jesus faith. We are not going to
see any change in our nation if Christians refuse to take up the fight and get out into
the streets to defend our freedoms and liberties. Start turning over some tables folks!

Why do Christians believe that they should not get involved in reversing the death
spiral America is in? New York State recently passed legislation to remove all
obstacles to unlimited child sacrifice. The demons cheered as the stooges led by Governor Cuomo smiled while signing the potential death warrant of every child
unfortunate enough to reside in New York State.
Congresspersons and Senators continue to brazenly advocate for evil against
Americans through their legislative activity and the Church yawns. Our government
finances Planned Parenthood to the tune of hundreds of millions of dollars, and
Planned Parenthood uses that money to bribe elected officials to keep the flow of
blood money going. The response from the Church is silence.

Pastors who do stand up are ridiculed and even fired. The Church is under such
demonic deception today that it is breath taking. Here is where the Progressives are
going next: our First and Second Amendment rights. The self-styled “servants of
Jesus” (to borrow the demented ramblings of Nancy Pelosi), are going to attempt to
outlaw free speech and our right to keep and bear arms. The “teeth” of enforcement
will be prosecution and imprisonment. Are you ready to risk prison to fight back?

It may come to an open civil war. Are you prepared for that Christian? You better be
prepared to respond in defense of these rights because once those are gone so will be
the true Church. I’ve said this for years: the real goal of the Luciferians who control
Washington D.C. is the destruction of the true Church of Jesus Christ. They are
ignorant enough to believe they can actual do that. They will simply have authorized
Churches much like China but the true Church will go underground and thrive even
more than it does now.

It’s no good to be sick and tired of this mess in America unless you are prepared to
do something about it. Are you ready to stand up and fight back?

Dr. Mike Spaulding was ordained to the ministry in 1998.  Since then he has planted two Calvary Chapel churches – Calvary Christian Fellowship, St. Marys, Ohio, in 1998, and Calvary Chapel of Lima, Ohio, in 2005, where he currently serves as pastor. Visit https://drmikelive.com/about/