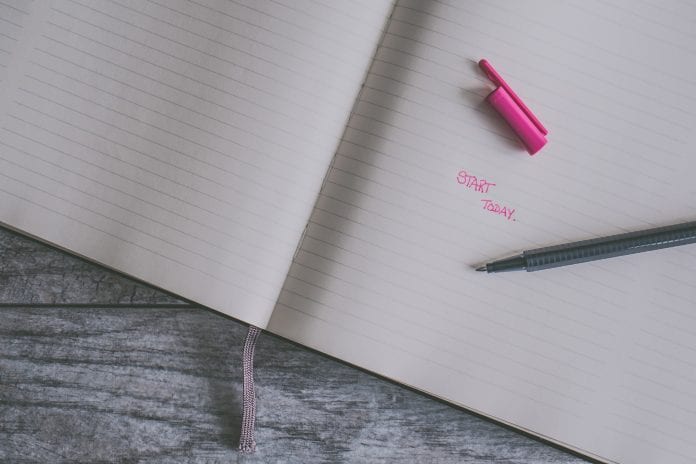 I love to drink coffee! One of my favorite drinks is called a doppio. It’s just two shots of espresso, and it usually comes in a very small cup. I joke with people that our church is built on the power of the Holy Spirit and the power of coffee! Don’t underestimate the espresso because it is powerful and it will get you going!

Zechariah 4:10, “Do not despise these small beginnings, for the Lord rejoices to see the work begin…”

This scripture reminds us that all great things start small. It may start with an idea or a thought; a conversation or a relationship. If you look in the Bible, God often chose people who may have seemed small or insignificant to make a big difference.

A shepherd boy named David. David was a teenage boy with no trained military experience, but God used him to defeat Goliath and the Philistine army.

Shadrach, Meshach and Abednego. They were three teenage boys who refused to bow down to King Nebuchadnezzar’s idol. God used them to change a nation.

Gideon. Gideon’s army was small and outnumbered, but God gave them a plan and they defeated the enemy.

The Church. We see in the book of Acts that the church started with 120 people in a prayer meeting. Today there are now 2.2 billion professing Christians out of about 7 billion people around the world.

You. You also started small…. very small! But God knit you together in your mother’s womb. You were created for greatness!

1 Timothy 4:12 “Don’t let anyone look down on you because you are young! But you can be an example in speech, life, love, faith and purity.”

The Story of C3 Church

We had just finished a big family dinner at my in-law’s farm in North Carolina and a discussion came up about how I felt God was speaking to me about starting a church one day. My mother-in-law said that I should consider starting a church there in Johnston County. Having spent a couple of summers in the area when my parents lived there, Martha and I never dreamed that we would move back to North Carolina to start a church. So I said rather skeptically, “Where would you start a church in this county?” She said that the Cleveland area had some new homes being built, which would make it a great place to start a church.

I didn’t even know where the Cleveland area was, so after dinner Martha and I rode up to check it out. As we drove down a two lane country road, we saw a few newer, small homes being built and a few small subdivisions. After turning the corner, we saw a brand new elementary school, and I told Martha we could start a church there. Before I knew it I had pulled the car over to the side of the road and Martha and I prayed. As we joined hands and prayed, I told God that this might be a crazy prayer, but that we were willing to do whatever and go wherever, and if He would want us to start a church here or anywhere else, we were willing.

I didn’t give it much thought after that, honestly. Fast forward about three years and once again God was revealing to me that He wanted us to start a church, and He wanted me to be the Lead Pastor. We initially had plans to start a new church in Virginia with a church planting organization, but my father-in-law called us and told us to seriously consider coming to North Carolina. So in September of 1998, we moved what we owned in a U-haul truck to eastern North Carolina and launched what is now C3 Church in that same elementary school where Martha and I had held hands and told God we were willing to go wherever. Only God can do that!

It started with a simple, small voice from God. It continued with a simple conversation around the dinner table after a huge country meal. Then is started with a small group of people crazy enough to believe that God could do something big in and through them. We worshiped in that elementary school cafeteria for a few years until our time ran out and we stepped out on faith and obtained a 47-acre tobacco farm and built our first building as a three-year-old church. Today, God has blessed us with a 2,000 seat worship center where thousands of lives are impacted every week.

Jesus would often challenge the disciples to think bigger. He once said…““Because you have so little faith. I tell you the truth, if you have faith as small as a mustard seed, you can say to this mountain, ‘Move from here to there’ and it will move. Nothing will be impossible for you.” (Matthew 17:20)

Are you kidding me? Jesus said if we just have the faith the size of a mustard seed, we could move mountains! Never underestimate the power of God. Everything that is GREAT starts off small.

When you plant a seed, it looks small, but when it grows, it can become a large tree that bears fruit.

What dreams are you believing God for? What impact do you want to have in this world? Believe that with just a little bit of faith God can do the impossible. When I read the words of Jesus, I take them literally and He says if you have the faith the size of a mustard seed then nothing will be impossible.

What situations in your life look impossible right now? What obstacles are you facing that in the natural look like there is no way it can happen? Take a moment right now, take a deep breath, and ask God to give you a fresh perspective for your life and future. And remember: Great Things Start Small!

Matt Fry is the Lead Pastor at C3 Church in Clayton, NC. God called Matt and his wife Martha to start a new church that would connect with where people are living today. Their passion is to provide real hope for real people in a real world.

C3 Church also has a Leadership College to train emerging leaders to change the world. This is a ministry experience that provides students the credibility of an accredited degree in an environment where application occurs simultaneously. The goal of the C3 Leadership College is to expose you to the calling God has on your life, equip you for wherever God takes you, and for you to experience ministry and God moving in your life.

Matt serves on the leadership team for the Association of Related Churches (ARC), a church planting organization that has already planted over 300 churches since 2001. With a passion to train leaders internationally, Matt also serves on the board of Children’s Cup Mission Organization.

Pastor Matt and Martha have been married for over 20 years and have three teen aged children.