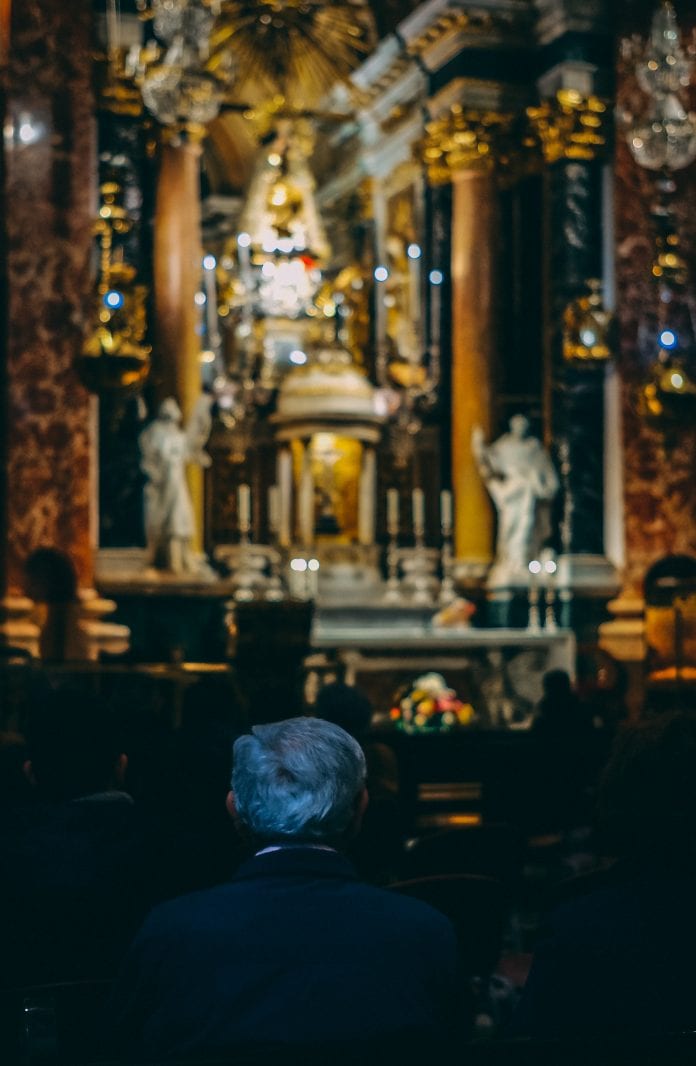 Back in the day, almost every evangelical church had an altar and each church service concluded with an invitation for individuals to make good use of it. Today’s modern church culture is about as far removed as possible from that paradigm. While there have been many positive changes to the way “we do church,” some have cost us greatly, both in the way people choose to live their lives and what their eternal destiny is going to look like.

The greatest responsibility of a church leader is to get as many people to heaven as possible—not how many people we can cram into our facilities each weekend. While I am fully engaged as a pastor striving to grow a healthy church, I live with the reality that everyone I minister to is an eternal being whose eternal destination is, at least partially, my personal responsibility.

Both Ezekiel and Jeremiah talk of shepherds with blood dripping from their fingertips. I have decided that I will not be one of those pastors! If we preach truth and people do not receive it, they are fully responsible for where they spend eternity. Yet, if I placate them by speaking pretty words as I watch them walk down the wrong road, I have made myself, at least in part, culpable for their ultimate destiny. Isn’t this the warning of Ezekiel? God help us not to be among that number! Listen to this haunting verse: “For the shepherds have become dull hearten, and have not sought the Lord; therefore they shall not prosper, and all their flocks shall be scattered” (Jer. 10:21, NKJV).

When a minister communicates truth, there should be a place for response by the congregation. I believe each and every church service should conclude with the opportunity for hearers to immedia-tely react to the Word. A minister who preaches a sermon and does not give an invitation is like a professional fisherman who fills his nets with fish, then cuts them loose rather than drawing them in and taking them to market. This very thing happens Sunday after Sunday in churches all across America! Let me remind every minister that we are “fishers of men!” When we conclude our sermons, we must pull in the net by giving an altar call!

The altar is not a piece of furniture. It is a holy moment when people are called to stand in the presence of God and make decisions about what they are going to do with what they have heard. Scripture gives us adequate example of the significance and blessing of this encounter with God.

The Altar in Eden

God communed on a regular basis with Adam and Eve in the Garden of Eden. Because of the sin committed by this man and his wife, they were denied direct access to God from the very day of their sin. It was then that God unveiled His plan for mankind to have indirect access to His presence using the blood of animals and a piece of furniture called an altar.

The first record of the construction of an altar in Holy Scripture was by Noah (Gen. 8:20). When the floodwaters receded and the ark rested securely on Mount Ararat, Noah made a decision to sacrifice, worship, and attempt to hear from God, thus needing an altar. I believe he learned the importance of the altar as a place for meeting with God from his righteous forefathers, Enoch, Methuselah, and Lamech. He learned to worship God from the example of these steadfast men of faith.

The Patriarch Abram, who would later have his name changed to Abraham, built multiple altars to facilitate his worship to God. Abraham was a man with an al-tar-building habit! As soon as he arrived in the Promised Land, he built the first of a series of altars that served as an example for his offspring in generations to come (Gen. 12:7). Abraham was a worshiper, and a worshiper cannot survive without an altar.

Study the travels of Abraham as he moved his family throughout the Promised Land, you will realize that everywhere he camped, he built an altar. The landscape was dotted with ancient al-tars from Abraham’s travels! If we could plat the location of Abraham’s altars on a map, we would draw the outline of the Promised Land.

Thousands of years after the fact, Abraham’s altars serve as an example and inspiration for those of us who seek communion with God today.

Altars in the Tabernacle

In the Old Testament Moses was instructed by Jehovah to build a
tabernacle to facilitate His presence for Israel’s travels in the wilderness. Jehovah Himself served as its architect. Within this facility were three distinct altars:

The Altar of Sacrifice.

This altar was located in the courtyard, was covered with bronze, and had horns on each of its upper corners. The horns served as meat hooks for the sacrifice being offered.

The Altar of Incense.

This altar was located inside the tabernacle and was covered with gold. Priests were instructed to light the burners for the incense on this altar twice daily. Incense gave off a very pleasant aroma and covered the stench of sacrifice with a sweet smelling aroma.

The Ark of the Covenant.

The Ark of the Covenant was the altar where God lived and the priest went to hear from God. It was here, inside the Holy of Ho-lies, that the priest would learn if God had accepted the sacrifice of the people.

Altars in the New Testament

Jesus was constantly creating an altar everywhere He went. As God Incarnate, His presence made an altar for anyone who approached Him. Whoever drew near to Jesus drew near to God and experienced a divine, life-changing encounter. Following His example, the New Testament church created altars in homes, prison cells, courtrooms, public and private places.

Nowhere in Scripture is the al-tar more prominent than among New Testament believers. This should tell us that the altar has not lost its importance or power in worship, but should, if fact, take on even a more important role today.

God is certainly not restricted to the perimeters of a piece of furniture for an exhibition of His mighty power. An altar cannot contain Him because the world cannot contain Him. However, the Scripture makes it very clear that He has chosen special places to meet with man throughout history.

It is my belief that God has chosen to meet us in a very special and intimate way at the al-tar. He bends low to hear our petition. He stretches out His hand to bless, comfort, forgive, heal, and restore whenever we approach Him. The altar stands as His “throne of grace” on earth, to which we are instructed: “Let us therefore come boldly to the throne of grace, that we may obtain mercy and find grace to help in time of need” (Heb. 4:16).

If you have not established the altar as a meeting place with God, I encourage you to give altar calls and conclude church services with a time of prayer at the altar. As your people res-pond, I believe you will be surprised and uplifted by how many issues get settled right then and there.

Got altar? If not, start today.