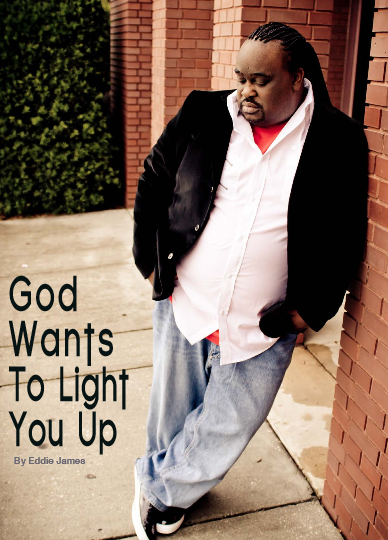 Floating, , candelabras… there are so many decorative ways you can display a candle, destiny? Was it created to look place around it? No, it is to shine in a dark place! When it is dark, a candle helps others find the way. Our world is dark. I believe across America we have well-decorated church facilities and youth group rooms, but are they lit up with the fire of heaven?

Do you burn as you should b e burning? Do you have a fire?

Do you remember singing, “This little light of mine, I’m going to let it shine?” I have a problem with the theology of that because if the Holy Ghost is lighting you up, your light is not little. God wants you to be a city that sits on a hill, . He doesn’t just want you on fire; He entire city can see what it means to burn for Jesus Christ!

. It saddens Him when we put on our Sunday best, but there’s no burning in our hearts. It grieves work or school and ourselves a people of faith, but there’s no serve. this poses: why would people in darkness want to serve the God that you say saves, but you don’t burn for? They already serve a devil they burn for! Why should they burn for God, if we don’t? Why should they be attracted to a God we find a pain to worship? Why should they be attracted to a God Whose children spend more time complaining about how loud ? the clubs dancing and shouting, ! , praise more? God is worthy of it all, isn’t He?!

Acts 2. There were rushing and cloven upon the disciples’ heads. They were filled with the Holy Ghost! This all took place because God was about to move the disciples into the greatest season of their lives. Before they could enter in, power of the Holy Spirit. It is the same for you. The fire inside of in front of you. It is greater than the resistance that you face. It is greater than the opposition that comes against your purpose.

The fire keeps you going. The prophet quit. He was tired of speaking to a . But God’s word was in him like fire shut up (Jeremiah 20:9). Despite his discouragement, he kept ministering

I . bringing you to your best place, experienced before. You’re about , , and ! But , there’s a new devil. There’s going to be opposition, attacks, gossip, backbiters, haters, but God wants to light you up with the fire that will keep you moving forward despite . ! “Greater is He that is in you, than he that is in the world (1 John 4:4).” “If God for you, who can be against (Romans 8:31)?”

God wants to put a fire, a passion, on the inside of you that will not . stop when you’re told you can’t do it. You will press forward. Fire tenacity, , in you that causes you to keep against when the statistics ! inside of you won’t give up or let go when everything around you . If it, . . He will accomplish what He said He’d do. “The promises of God are yes and amen (2 Corinthians 1:20)!”

Learn to stand. If you’re sitting, stand where you are right now. you down, but you just stand. If , you stand. fire, and God wants to light you up.

Back in the day when I was younger, my sister would use a hot comb to make her hair straight. One day, I put my hand on that hot comb. Your body has a way of responding to that kind of heat! Not only did I get burned, jerking and shaking! Several hours later, there was still an internal burning. On the I looked fine, but internally, I kept being reminded that I was on fire

There was a church in the book of Revelation, the church at Ephesus. The problem with this church was not that they didn’t love God. It wasn’t adultery or drug abuse. It was that they didn’t love Him like they used to. God wants you to burn hotter than ever before in your relationship with Him. Leonard Ravenhill put it this way: “If you could reflect back in your history to a time when you were more on fire then than you are now, you are backslidden.”

Revelation, Laodecia, they had in the natural was the same as in the spiritual. They said, “We are rich,” but they were lukewarm in spirit. If God could get sick, it would be because people say they love Him, but don’t burn for Him

Jesus? burning? fire? , creates intimacy with God, gives you the fuel to press on in the things of God. You need the fire! No one wants someone who goes through the motions of an intimate relationship. Imagine if your spouse went through all the theatrics of relationship, but when you looked into his or her eyes, they’re not burning for you, there’s no real passion behind it.

Let God rekindle your fire. Let Him set your heart ablaze so that when your friends or co-workers see you, they think, “There’s something in him (her).” Then, you’ll be a powerful tool in the hand of God. You will light the way to Christ, and lives will be changed because of your burning James, born in Phoenix, AZ, accepted Christ as his personal Lord and Savior at the age of 8. He entered into music ministry at the tender age of 9 and it is for this reason that Eddie recognizes the gifts of God inside of young people. God has placed a burden inside of Eddie James, to minister to those who are hurting and lost, with an extraordinary emphasis on youth and young adults. As a result of his efforts, God has established Eddie James as a leader of music and ministry in the nation and around the world. 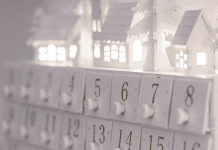 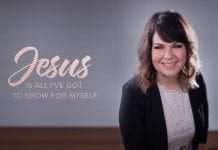 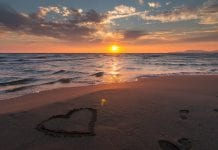 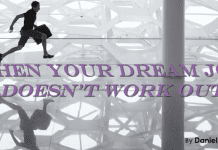 When Your Dream Job Doesn’t Work Out