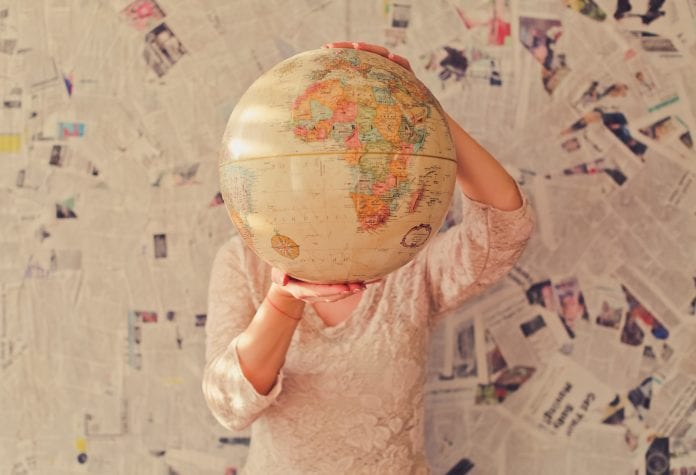 I live in a country where most citizens, according to pollsters, claim to be Christian. A full eighty-seven percent of the population makes that claim.

I am not sure what that means to all those people. I can only speak from personal experience.

For many years, like most Americans, I claimed to be a Christian, I grew up in a Christian home, went to church every time the doors were open, went to a Christian College, married a Christian girl, and I work in a church as a pastor for goodness sake!

All that would make me a poster child for “Christian” right? Guys like me drive up the statistics.

It took something radical to shake me up. I bore the name, I had grown comfortable with the label, but when it came down to it, I was not a follower of Jesus.

I didn’t even know it, but I needed something that went well beyond the routines that kept me in my little zone of comfort. I needed to be healed from playing that religious role. Rather than con forming to the expectations I believed surrounded me, (many of them a product of my own imagination) I needed to be transformed; from religion to having a relationship, from being a Christian to becoming a Follower of Jesus! But honestly, being a Christian was a lot more comfortable than actually becoming a follower of Jesus. At the time I didn’t know it, but I needed to change.

Around this time, everyone would have thought I had it all figured out, but that is when my world was turned upside down. My mother-in-law died, followed by my father-in-law. I was fired from my job at the only church I had served at for 13 years, all happening within six months of each other. It was the most intense time of our lives and marriage. My wife, with her unwavering hope in Jesus looked at me and said, “We’ll be OK.” She knew. But I was not so sure.

Eight months later, in a remarkable turn and a painful church split, I was called back to the church that fired me to be the Lead Pastor. I had never been a Lead Pastor before, now at 35 they were asking me to take over in a dire situation! This was not my plan, this was not the story I had written for my life. I couldn’t see it and didn’t understand it, but knew this could only be God doing something like this, so I said yes! I had never preached a sermon series, I had never raised any money, I had never led a large staff, and never built a building. Why me you ask? I asked the same question, But God knew and God provided.

One year after leading the church out of its darkest days, I approved the request to build some schools in India. They would provide Dalit children,(the outcasts of the Hindu caste system) an education. Our missions pastor brought an ambitious proposal. “Let’s build ten schools in five years,” he said with conviction.

I wanted to be a visionary, so I said, “Let’s build twenty.” He then said why don’t you go to India and see what God is doing? I said no for three years before he convinced me, but that yes would forever change my life.

As later that year I walked the streets of India, Scripture came alive in me, especially the ones I ignored. “Speak up for those who cannot speak for themselves; ensure justice for those being crushed. Yes, speak up for the poor and helpless, and see that they get justice,” Proverbs 31:8-9.

I began to realize that I had missed something. I had not considered it indifference or neglect, but it was both. It was time for me to look beyond the comfort, beyond the excess, beyond the self-absorption, and take a hard look at a world in need.

I had convinced myself that someone else would do that. It wasn’t my concern. I have a church to run, budgets to manage, staff to lead, basically I have more important things to do. But I had to face the facts. If I really wanted to follow Jesus, I would have to change, and I knew that would be painful not just for me, but for our church.

Bill Hybels once asked a pro-found question: “Do you have a vision worth dying for?” A vision? I barely had a church, let alone a vision. But I started to pray. I asked God to give me something worth dying for. Another building program was not it, more people in the seats I knew would not satisfy, He was calling me to more.

After seeing what we were doing in India, 20 schools seemed so insignificant, that when the head of Dalit Freedom Network, Dr. Joseph D’souza told us his vision of building 1,000 schools and freeing 500,000 children over the next 10 years, I knew at that moment what God was calling us to do. Change the world one child at a time. So in that moment I committed our church to building 200 schools over the next ten years. That meant we were going to need to raise 20 million dollars for this goal to be accomplished.

Looking back, I had no idea whatsoever what I was saying yes to then, and if I did know, my answer would have been no. But saying yes to God is not always the easy route to take. Since that crazy day, I have been changed, our church has been changed, and God has literally rocked our world!

Here’s a sampling of what has happened.

We committed to build 200 education centers over the next ten years. To date, we have built 42.

One thousand five-hundred Dalit children now have sponsors, who will support their ongoing education through our church alone. 27,000 children have been sponsored world wide. Go to dalitfreedom.org to sponsor a child.

Friends Church has produced a full-length feature film called “Not Today” that will be released nation-wide on April 19th 2013. Go to nottodaythemovie.com for more information.

I have written a book that is the back story of our movie and the movement of God in my life called, “Why Not Today?” A simple question that changed me, my church, and maybe you?

We launched a movement called “Global Freedom,” that has committed 19 million dollars to ministry around the corner and around the world.

We have gone, in 4 short years, from a church that was focused on itself, to a church that is focused on the things that break the heart of Jesus. It took a pastor to fly half way around the world, to be healed. I now have a vision worth dying for, and it came when I finally died to my-self and became a true follower of Jesus.

My favorite verse comes from Paul’s letter to the church in Ephesus. I am crazy enough to believe it. “Now to Him who is able to do exceedingly abundantly above all that we ask or think, according to the power that works in us, to Him be glory in the church by Christ Jesus to all generations.” Ephesians 3:20-21