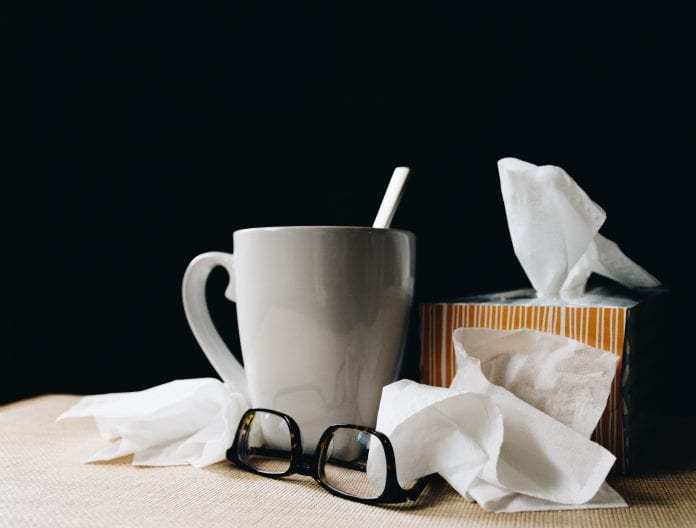 With winter cold and flu season upon us, you may be looking for an edge in boosting immunity.

While there is no guarantee that any product–drug, vitamin or supplement–will prevent the flu, there is a lot of very interesting research on how dietary supplements could help reduce the chances of getting flu symptoms.

I believe that the knowledge scientists have discovered about how dietary supplements can help build immune function is quite compelling, and should be made much more widely available to the public.

But according to an article in The American Journal of Medicine, most doctors still need more education on the use of dietary supplements. So print this out and use it to start the conversation with your doctor.

An amino acid and an antioxidant, NAC is sold as a nutritional supplement. NAC has also been used medically for the past 50 years to loosen mucus in patients with chronic bronchitis and to protect the liver in cases of poisoning with acetaminophen (Tylenol and other brands). NAC is needed for production of glutathione, the most important antioxidant produced by the cells of your body.

NAC was shown in an Italian study to help prevent symptoms of H1N1 flu in almost 2/3 of the people taking it, when compared to a placebo. (1)

In the Italian study, people received either a placebo or NAC 600 milligrams twice a day for six months. During this time, a little over a quarter of all these people developed antibodies to the H1N1 flu strain in circulation, indicating that they had become infected with the virus.

In addition, the symptoms that developed were significantly milder in the group taking NAC. And there was a significant improvement in measures of immune function in the NAC group compared to the placebo group over the 6 months of the study.

NAC is one of my favorite supplements, not only for flu prevention and improving respiratory health, but also for supporting the actions of medications.

When I started working on a web application that highlights drug-supplement interactions, I found that NAC has been shown to enhance effectiveness of several types of medication, including drugs used in treating high blood pressure, depression and inflammatory bowel disease.

To learn more about how drugs and supplements interact, access the web application I created at pilladvised.

Not only important for calcium absorption and bone health, Vitamin D also stimulates your immune system to produce factors called defensins and cathelicidins that kill viruses.

Most of the Vitamin D in our bodies comes from sunlight, so there is marked seasonal variation in Vitamin D levels, with higher levels occurring during the summer and lowest levels in winter.

Many researchers have speculated that the increased risk of colds and flu in winter is due to the decline of Vitamin D levels that accompanies the decrease in sun exposure.

In one controlled study, use of Vitamin D supplementation by postmenopausal women helped to prevent the usual winter increase in cold and flu symptoms. (2) The dose used was 800 or more international units a day of vitamin D3. In this study, the protective effect of 2000 IUs/day was greater than the effect of 800 IUs a day.

According to research, taking an extract of American ginseng during the winter could help decrease the development of colds and other respiratory symptoms.

In a controlled study among elderly adults, taking an extract of American ginseng, 200 milligrams twice a day, for three months, decreased acquisition of influenza infection by 84%. (3)

Note: All these people had been vaccinated for influenza.

The minerals zinc and selenium have significant effects on immune function.

A study done in France found that seniors who took 20 milligrams of zinc and 100 micrograms of selenium each day had an increase in their antibody response to the flu vaccine and were less likely to develop a respiratory infection over a two year period. (4)

However, people in this study taking a combination of Vitamin E, Vitamin C and beta-carotene actually had an undesirable decrease in their antibody response when compared to placebo. When the 2 were combined, the negative effect of the vitamins was offset by the positive effects on the minerals.

All these studies were done in elderly individuals, because this is the group at greatest risk of serious illness or death from influenza. But the benefits of these supplements for preventing winter respiratory infections are likely to occur for adults in other age groups.

The results of these controlled clinical trials published in mainstream medical journals indicate that judicious use of nutritional supplements could help decrease the risk of getting sick with flu this winter.

Please visit the Galland’s website pilladvised.com  for more information on medications and supplements.