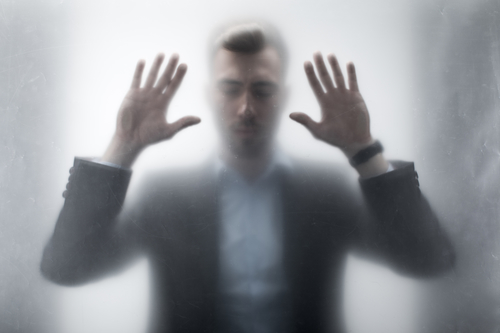 Why Are We Lonely?

The unexpected snowfall brought the neighborhood together as we worked to clear cars and walkways before the early December sunset. “Looks like winter is here!” I called over to my friend next door.

“Indeed it is!” she replied. “And the timing of all this snow is perfect. After supper we’re going to make hot chocolate and decorate the Christmas tree. The kids are really excited.”

As I stood there picturing her happy family scene, I was suddenly buried under an avalanche of overwhelming loneliness. For the first time ever, I decided against getting a Christmas tree that year. The thought of having no one with whom to unwrap each memory-laden ornament from its tissue-paper hibernation was just too depressing. A casual conversation was all it took.

A few Christmases later, determined to have for myself the sort of holiday fun my neighbor enjoyed with her family, I invited a few girlfriends to my home for a tree-trimming party. One friend was especially enthusiastic, and I asked her, “Why is coming to my place so great when you’ve got your own tree to decorate and a husband and kids to do it with you?”

“Let me tell you how that goes,” she replied. “We pick a day when we’re going to do it, and I get treats prepared and Christmas music playing, and all the ornaments are set out on the table. And when I’m ready, everyone wanders in. But five minutes into it, phone calls and texts and whatever else distract them, so they grab a cookie and disappear. I wind up decorating the tree alone every year.”

How eye-opening that was! Those pictures of others’ lives that we get in our minds or see on social media are rarely the reality. Behind the smiles and accolades and images of family fun lie all the normal stuff of everyone’s life: heartbreak, rejection, anxiety—and loneliness.

Single or married, young or old, man or woman—everyone experiences loneliness at various times and to varying degrees. No one is exempt. We were created for togetherness, which is why, even before the fall, God declared that man’s aloneness was not good (Gen. 2:18). And immediately after his declaration, he created marriage. But marriage was never intended to be the ultimate, eternal remedy for loneliness. That’s why the unmarried aren’t doomed in this regard. God created human beings with a capacity for loneliness so that we would yearn for and find our all in him:

In Genesis 2 God ordains the marriage of male and female as another aspect of his design for our aloneness. Yet he never designed marriage to fulfill the incompleteness or eradicate the aloneness. Rather, it more fully reveals our need for our ultimate destiny—to be in union with him.1

In other words, loneliness is an indicator that something is missing, and that something is found only in Jesus Christ. He completes what’s missing, that thing we identify as “loneliness,” beginning from the moment we are joined to him in faith and brought to completion in glory. In other words, the primary reason we are lonely is that we aren’t home yet. God created us for communion with him, and therefore loneliness will be fully eradicated only when we get to heaven. That’s why everyone— young or old, single or married—experiences loneliness. No one is exempt.

That being said, the loneliness we feel and the circumstances that make us aware of it arise because of man’s fall into sin back in the garden of Eden. The loneliness we experience is a consequence of sin and has been ever since Adam and Evedisobeyed God. The couple hid from God after they ate from the forbidden tree, and that’s also when they began to hide from each other. Loneliness began in the garden.

Let’s make an important distinction: there is a difference between loneliness and being alone. Sometimes loneliness and aloneness overlap, and one can breed the other, but they are not the same thing. Some of the loneliest people live among many, while others who exist day to day with limited human contact feel no lack. Why is this? What makes the difference? Thinking through these things helps us cultivate a deeper understanding of ourselves, our family and friends, and our Lord.

The Cure for Loneliness

Loneliness is everywhere, but we don’t talk about it too often. Perhaps that’s because we’ve grown so accustomed to its oppressive weight that we’ve lost awareness of it altogether. Oh, something seems off, but we attribute it to the weather or the stress du jour, and we try to shake it off with a good dinner or a night out on the town. But there it is again the next morning.

Relief comes only as we acknowledge our loneliness and turn to God and his Word for the help and understanding we need.

In Scripture we discover that God is present in our loneliness. He is there in times of grief and in times of discouragement. He is there when others forsake us, and when our hopes are disappointed. He never leaves us, not even when our loneliness springs from our sin and bad choices. Ultimately, those who belong to God through Christ Jesus are never really alone, and because that’s true, loneliness does not have to characterize us. Isn’t that a relief?

Lydia Brownback (MAR, Westminster Theological Seminary) serves as a senior editor at Crossway in Wheaton, Illinois, and an author and speaker at women’s conferences around the world. Lydia previously served as writer in residence for Alistair Begg and as producer of the Bible Study Hour radio program with James Montgomery Boice. 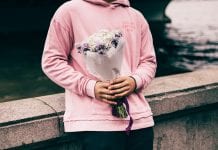 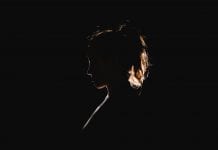 Betrayed, But Not Alone