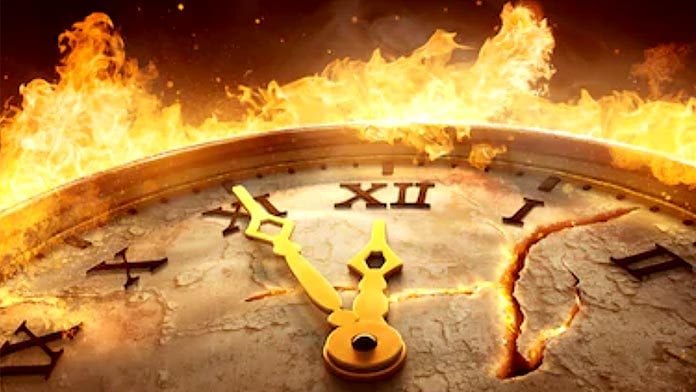 The very first sign Jesus foretold as an end-times signal in His Olivet Discourse just
before His crucifixion is at the forefront of life in America today. It surely is a primary
indicator that this is the generation that is at the very end of the Dispensation of Grace,
the Church Age.
Christ’s words on this first sign of His Second Coming were, of course, given while He
sat with His disciples atop the Mount of Olives overlooking the Temple Mount in
Jerusalem:

“And as he sat upon the mount of Olives, the disciples came unto him privately, saying,
Tell us, when shall these things be? and what shall be the sign of thy coming, and of the
end of the world? And Jesus answered and said unto them, Take heed that no man
deceive you. For many shall come in my name, saying, I am Christ; and shall deceive
many” (Matthew 24:3–5).

There are, I believe, at least two ways of looking at the heads-up the Lord gives in this
prophecy. Jesus was saying that at the very end of the age, dangerous deceivers and great
deception will come. The deceivers will say they are actually Christ. Others will say that
Jesus is Christ (they will identify themselves as believers in Him), but they will be, in
fact, deceivers. They won’t be true believers.
Those in the first deceiver category don’t necessarily have to claim to be Christ among
this group. They might claim to be prophets in the Old and New Testament sense, for
example, claiming to have special revelation beyond that given in God’s Holy Word.
Some may claim they are prophesying through dreams and visions they receive on a
regular basis. They are false prophets and false teachers.
How can I say this with such authority? Because their claims don’t come true. Every
prophecy that is truly of God—Who, of course, is Omniscient (all-knowing)—is 100
percent accurate. In Old Testament times and in the times of the New Testament
prophets, these prophets had to have a perfectly accurate track record.  Their prophecies
always came true in the short term, and also, in many cases—such as in the
Revelation—they had a long-term or future fulfillment that had to be shown as
accomplished.
If prophets were proven false—if the prophecies didn’t come true in the short term—they
were subject to being stoned to death.
Why such a severe punishment? Because that false prophet is claiming to speak for
God. It is God who suffers the consequences when those prophecies fail. God will not be
mocked or blasphemed, and His Word is true 100 percent of the time.
In modern times, these false prophets face no such punishment, therefore their deception
continues. One must remember that Satan has a vested interest in deceiving people, and
he will do so through false prophets, including clairvoyants, spirits, and mediums such as
Jeanne Dixon and Edgar Cayce.

False christs and false prophets have been a part of human culture since the early days of
history. Soothsayers of every sort have always been able to delude. The human mind,
since the fall in Eden, has always seemed to gravitate toward false promises rather than
toward truth.
We can see this again most clearly by considering how an entire nation was led into
World War II by promises of Hitler’s false prophet or propagandist Josef Goebbels. The
German people eventually fell for the lies and accepted another devastating war, even
though the nation had just come out of World War I, which had decimated the people’s
lives.
But, that was deception and false promises of a different sort. The sort we are exploring is
even more destructive, because it involves the eternal soul—addressing the issue of
where men, women, and children will spend eternity.
There were many false prophets and false messiahs before the time of Jesus Christ. There
have been many since.
Here are some who have in later centuries claimed to be the reincarnation of the Christ,
or to be the Second Coming of Jesus Christ.

18th Century
Ann Lee (1736–1784), founder and leader of the Shakers. Lee’s followers referred to her
as “Mother,” believing that she was the female incarnation of Christ on earth.
John Nichols Thom (1799–1838), a Cornish tax rebel who claimed to be the “saviour of
the world” and the reincarnation of Jesus Christ in 1834. He was killed by British soldiers
at the Battle of Bossenden Wood, on May 31, 1838, in Kent, England.

19th Century
Arnold Potter (1804–1872), schismatic Latter Day Saint leader. He claimed the spirit of
Jesus Christ entered his body and he became “Potter Christ,” Son of the living God. He
died in an attempt to “ascend into heaven” by jumping off a cliff. His body was later
retrieved and buried by his followers.
Jones Very (1813–1880), American essayist, poet, literary scholar, and Greek tutor at
Harvard who befriended several prominent American Transcendentalists and suffered a
nervous breakdown in 1837, after which he claimed to have become the Second Coming
of Jesus.

20th Century
William W. Davies (1833–1906), leader of a Latter Day Saint schismatic group called the
Kingdom of Heaven located in Walla Walla, Washington, from 1867 to 1881. He taught
his followers that he was the archangel Michael, who had previously lived as
the biblical Adam, Abraham, and David. When his son Arthur was born on February 11,
1868, Davies declared that the infant was the reincarnated Jesus
Christ. https://en.wikipedia.org/wiki/List_of_people_claimed_to_be_Jesus – cite_note-
Fogarty-7%23cite_note-Fogarty-7  When Davies’ second son, David, was born in 1869,
he was declared to be God the Father.

Wayne Bent (1941–), also known as Michael Travesser of the Lord Our Righteousness
Church. He claims “I am the embodiment of God. I am divinity and humanity
combined.”
Maurice Clemmons (1972–2009), an American felon responsible for the 2009 murder of
four police officers in Washington State, referred to himself in May 2009 as Jesus.

David Shayler (1965–) was a former MI5 agent and whistleblower who, in the summer of
2007, proclaimed himself to be the Messiah. He has released a series of videos
on YouTube [in which he claims]…to be Jesus, although he has not built up any
noticeable following since his claims.

Oscar Ramiro Ortega-Hernandez (1990–). In November 2011, he fired nine shots with a
Romanian Cugir SA semi-automatic rifle at the White House in Washington D.C.,
believing himself to be Jesus Christ sent to kill U.S. President Barack Obama, whom he
believed to be the antichrist.

Deceiving in Culture and Society
Following World War II, America seemed to reach its zenith—although, like any human
entity or endeavor, it was far from perfect. The nation certainly far surpassed any in
history as far as technological achievement is concerned. It also was a church-going,
praying, family-togetherness country that held to biblically oriented principles for the
most part.
Everything seemed to change when a certain point was reached. I believe that point was
when the higher educational system—the university—was sufficiently infiltrated by anti-
God, anti-Christian thought. It was a process that began much earlier—in the late-19th
century and even before.
By the time of the presidential election of 1960, America had turned the corner and
headed into the free-thinking, philosophical stratospherics of academia. No moral
absolutes, values clarification, situational ethics, and the inculcation of evolution as a
guiding scientific rationale for living replaced biblical morality. Man, the thinkers of the
neo-age of enlightenment held, was no longer bound by chains to a God Who, at best,
was no more than existential in His interest in the human race.
It was indeed a New Frontier, and the youth, in particular, threw off the shackles, aided
and abetted by news and entertainment media. The university scene nurtured the
newfound freedom and the God of Heaven became increasingly irrelevant.
The deception had set in, and the deceivers soon were in every direction we looked.
Society and culture moved firmly into the grip of New Age, “Aquarian” thought,
feminism, and the new morality of the “if it feels good, do it” philosophical mantra.
America did a nose dive into immorality, despite everything on the surface looking as if
the New Frontier of John F. Kennedy would be the pathway to Utopia.
November 22, 1963, ended the euphoria, but the break from the bonds of Judeo-Christian
morality was complete. Just as many within America cut God loose, it seemed that the
Almighty removed to a degree His protective, guiding hand.
Vietnam took more than fifty thousand American lives, and wars and rumors of war have
grown into an ominous reminder of Jesus Christ’s prophecy as part of the Olivet
Discourse.
Satan, the grand deceiver, continues to mesmerize much of the American populace. We
have watched people—particularly the youth—of America become convinced by
Lucifer’s minions that marriage between man and man or woman and woman is the same
as marriage between man and woman.
Now you can be whatsoever gender you wish, no matter what your birth certificate says
about your sex. Good is called evil and evil is called good. The reprobate mind of
Romans chapter 1 is now the norm more than the aberration.
Satan’s rage against anyone who opposes his global agenda to bring all into a new world
order is front and center every hour in headlines. His deceivers—his minions, both

human and demonic—are busy building upon his deadly blueprint to bring about the
destruction of America and the world.
The apostle Paul’s forewarning of the coming end-times deception and delusion that
appear to be just ahead are ringing like alarm bells in spiritually attuned ears:

“For the mystery of iniquity doth already work: only he who now letteth will let, until he
be taken out of the way. And then shall that Wicked be revealed, whom the Lord shall
consume with the spirit of his mouth, and shall destroy with the brightness of his
coming: Even him, whose coming is after the working of Satan with all power and signs
and lying wonders, And with all deceivableness of unrighteousness in them that perish;
because they received not the love of the truth, that they might be saved. And for this
cause God shall send them strong delusion, that they should believe a lie: That they all
might be damned who believed not the truth, but had pleasure in unrighteousness” (2
Thessalonians 2:7–12). 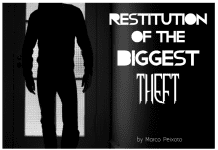